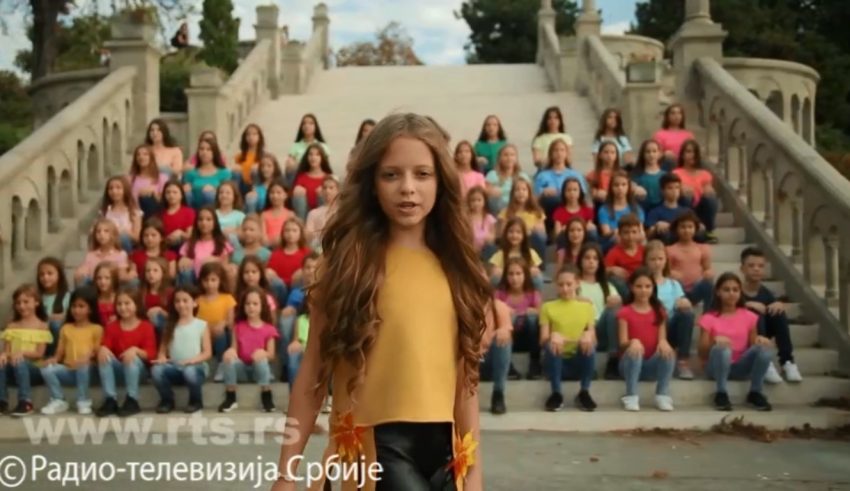 The release of “Podigni Glas” comes two days after Darija dropped her introduction to Junioreurovision.tv, revealing that her entry will be about climate change and uniting together to find common ground and solutions.

“Podigni Glas,” written by Aleksandra Milutinović, Leontina Vukomanović, and Aleksandar Sablić, with lyrics by Darija Vračević, is another rung in Vračević’s climb to fame, as she is, despite being 11 years old (she was born on October 21, 2007), a veteran compared to some of her rivals going to Poland this November.

She is another Pinkove Zvezdice alumna to take on Junior Eurovision for Serbia. She was also recently named as the lead vocalist in the musical “Tesla for Children and the Battle of the Magnetic Field,” which will come to the National Theater in Belgrade in the Spring of 2020.

What do #YOU think of Serbia’s choice for Junior Eurovision 2019? Do #YOU think she will match Nevena in 2007, or barely make it above Bojana in 2018? Let us know in the comments below, on social media, or in our forum.