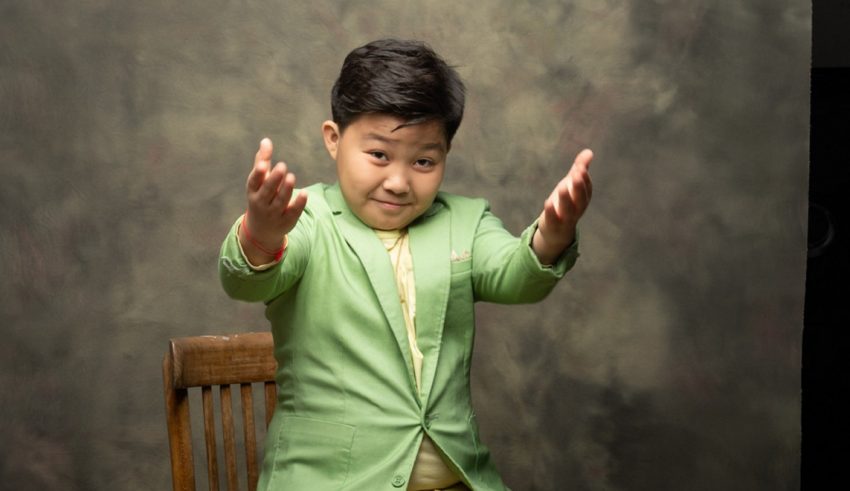 The jury votes work exactly the same for Junior Eurovision as it does for Eurovision – a jury awards 12 points to its favorite (with the exception of its own country), 10 for second, 8 for third, 7 for fourth and so on down the ranks until they hit 1. The televote for Eurovision works similar, with the country’s voted favorite earning 12 with the same point scale down to 1.

The difference for Junior Eurovision is this: each online voter can vote for between three and five entries, and they can vote for their own country and between two and four other countries. The votes can also come from any country. So a teacher from Wales has as much a vote as a binwoman from Uzbekistan (hi Aziza!). The votes are tallied and then are awarded proportionately to each participating country from a number of available points.

This video placement below is merely to break up the blocks of text in the article and is no way an indication of the way the online voters should go during the Junior Eurovision 2019 contest being held on Sunday, November 24, 2019 in Gliwice-Silesia, Poland. (“Pleidleisio dros Wales!”)

Before we do, let’s get a few assumptions out of the way: 1.) Position in this table can be dictated by the time of posting, as Armenia only posted their “official video” earlier today. 2.) Popularity of the country’s artist within said country could drive interest in the video even if they don’t intend to vote for him/her at the finals (e.g. Denberel Oorzhak was a talent show phenomenon in Russia before his selection for Junior Eurovision). 3.) Because of the min = 3 and max = 5 constraint, that does not mean that if someone is getting 1,000,000 views and another is getting 200,000 views that will translate to a 5 to 1 advantage in the televote. Roksana Wiegel, the overall runaway winner of the YouTube views only earned 19 points more in the televote than France. A slim margin, enough to win, but don’t expect blow outs.

What we’re looking for in this basic look at YouTube views is to see if we can guess rankings based on view counts of one country relative to others and how those change over time as we get closer to the contest. Sadly, people are apparently not degenerate enough to bet enough on a children’s singing competition, otherwise we could have used betting odds as a good proxy for final standings.

So, based on YouTube view counts at midnight on November 3, 2019, who is leading the way? And again, for you pedants, this is the count for videos that Junior Eurovision say is the “official music video.” National final performances and song reveals do not count towards these totals, but if #YOU believe they should, drop us a line. As I’ll be revisiting these numbers in a later installment to see if we have any late surges or major changes in rank as we get closer to the contest, if you feel another metric should be added, let me know.

Whoa! Based on this ranking system, Poland is going to be the very first country at Junior Eurovision to win consecutive events!

And what a blow out it would be, but bear in mind because the voting system requires a minimum of 3 and a maximum of 5, the margin would not be 30% and Poland would surely not get 507 points from the televote (46% of 1,102). In fact, it’s starting to look a lot like 2018 with France’s Carla coming in 2nd, though Russia’s pick of an unconventional talent may result in a stronger finish.

More telling will be how this plays out leading up to the event. It is not at all obvious Armenia would actually be in 19th place given that their official video was only uploaded less than 24 hours ago. However, Wales should be concerned that only 54,346 viewers have watched Erin Mai’s video. Not necessarily for the quality of the song itself, but for the awareness that the song has gotten. Has S4C done enough to generate interest in Erin Mai? Is there something S4C could do to put Erin Mai on viewer radars before the contest airs?

When we look at the numbers again next week, I will also try to read the leaves of some other metrics out there. Unfortunately, most other streaming services (Spotify, Google Play, etc.) don’t have all 19 entries and the bookies don’t want you to bet on kids, so we may have to get creative in predicting the winner.

Do #YOU believe Viki Gabor is going to crush JESC 2019? What other tea leaves do #YOU think we should look at as we guess final standings for JESC 2019? Let us know in the comments below, in our forum, or on social media.