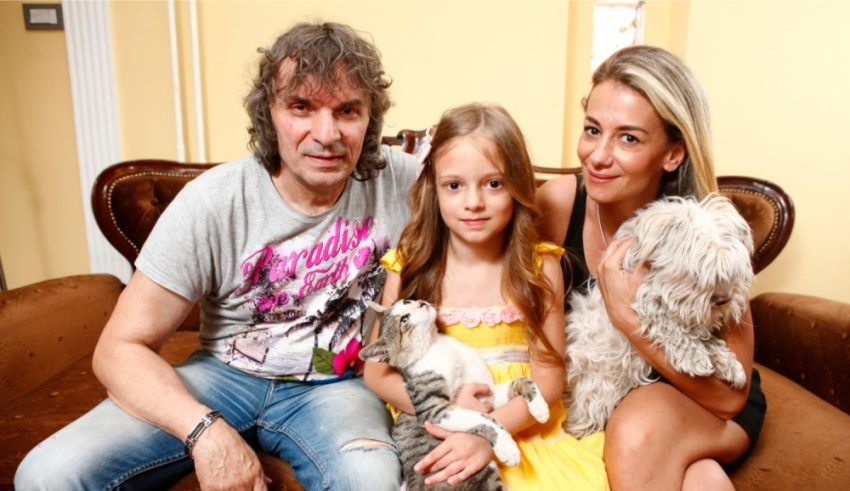 It’s 5 days to go until Junior Eurovision 2019, and we are counting down the 19 nations who are participating in Gliwice-Silesia on Sunday, November 24, 2019.

Serbia’s second stretch has not been too successful. The best from this period is Lena Stamenković’s “Lenina pesma” that came in 7th in 2015, but Dunja Jeličić came in 17th and last in 2016, while Bojana Radovanović narrowly avoided last place in 2018 by coming in 19th with “Svet.”

Darija Vračević was internally selected by Radio Television of Serbia (RTS), with her being presented to the press on September 16, 2019.

Darija Vračević’s record as a child performer in Serbia will have impressed the committee as despite her young age she has several musical theater credits to her name, and like Serbia’s representative at Junior Eurovision 2015, Lena Stamenković, she has been battle tested in the Serbian children’s talent show Pinkove Zvezdice.

Vračević was born on October 27, 2007, and on top of being a singer, she is also an award-winning dancer and as with at least half her competitors has studied the piano.

“Podigni Glas” (“Raise Your Voice”) is another song in the unofficial theme of Junior Eurovision – environmentalism.

As Vračević told junioreurovision.tv, “My song is about the catastrophes that are happening on our planet. I am very touched by all of this, because I think that adults should make more efforts to prevent it. I want to encourage everyone to think about it.”

Leontina Vukomanović is an award-winning and acclaimed vocalist and composer, and provided lyrics to Balkan demi-god Željko Joksimović’s 2nd place finisher “Lane moje” for Serbia and Montenegro in 2004, an obvious pick for anyone’s Top Ten list of Best Runners-up at Eurovision of all time.

This is what our editors had to say about “Podigni glas”:

Boris – 9 – “An addictive blend of Thunbergian epicness (#NoPlanetB y’all) punctuated with high quality balkanschlager sounds. The ending, as sudden and jarring as a whip crack, are just the cherry on top of the sundae.”

Connor – 6.5 – “Okay, so Serbia came back with vengeance this year and I’m here for it. This song really reminds me of the feelings I got with Kazakhstan last year: it’s extremely emotional and you can feel the words, features a beautiful language, and Darija’s vocal prowess is spectacular. The chorus is my favorite part specifically, because the backing vocals are perfectly crafted to pair with her voice. Serbia’s on to something here, and if they do something great with staging they could be top 7-8.”

Daniel – 8 – “Darija has power in her voice and is held up by a song with a great rhythm and an interesting composition. I see a lot of potential in terms of staging and she sounds amazing. This is mid-tempo ballad that can be appealing to both kids and adults.”

James – 4 – “There’s something a little off about this. If the aliens from The Invasion of the Body Snatchers wanted to create an eco-anthem using children, it would be like this. There’s environmental awareness and then there’s agitprop, which this teeters on the brink of. Both lead and backing vocals are top notch, but thematically this reminds me of the anti-drugs and anti-satanism scares of the 1980s in its lack of subtlety. To its credit, the chorus is one of the catchier non-English ones to remember, with the phonetically easy to hear and sing title a credit to the song’s well-known and heavily awarded lyricist.”

Melanie – 7 – “Really great song about raising our voice for the world. Darija is a great singer and the song is well balanced. I only have the feeling that she is not giving it all on the studio cut. Hopefully that will change at her live performance.”

Roy – 6.5 – “This is a good example of a song where the English lyrics didn’t necessarily result in a better result. It is a bit of a basic ballad again, but this time the instrumentation gets a bit more interesting after the chorus. I am very curious to see how Darija’s live-vocals will be. She sounds great on the studio track, but I could see it going either way live. What I am sure of is that she will be giving it her all on stage. She seems like a very energetic kid that will probably need to be tamed a little bit before performing on the Junior Eurovision stage. It is just another fine song, nothing that makes this very special at all. This reflects in my score I guess.”

Sean – 6 – “The kids are really out to make a difference with their songs this year, which is nice to see. The key change and the build of this song are impressive and well executed, and it keeps my interest ’til the end as a result. The end is a little abrupt which is a shame, but Darija has the right amount of attitude and energy to carry a song like this and it adds up to a decent pop ballad.”

Stefan – 9 – “Well there’s a saying in Serbia – A frog saw that they were putting horseshoes on horses, so she asked for them too. 😀 Darija is a cute girl with an amazing voice and let’s be honest, this is the best song Serbia has sent to JESC since 2010, lyrics aside. I guess you can’t have it all, but at least It’s a step forward.”

Sixteen countries in, here are our current rankings:

Serbia comes into our with an impressive average of 7.0, which would put it in the good to very good range. It’s not enough to knock Carla off top billing, but online buzz suggests Serbia will run France close, especially with Serbia closing out the Junior Eurovision show as announced in the opening ceremony yesterday.

What do #YOU think of “Podigni Glas?” Do #YOU think Serbia has a chance to equal or better its 3rd place high? Let us know in the comments below, on social media, or in our forum.