Home 2018 Malta: Christabelle ” It addresses something that is very close to my heart” 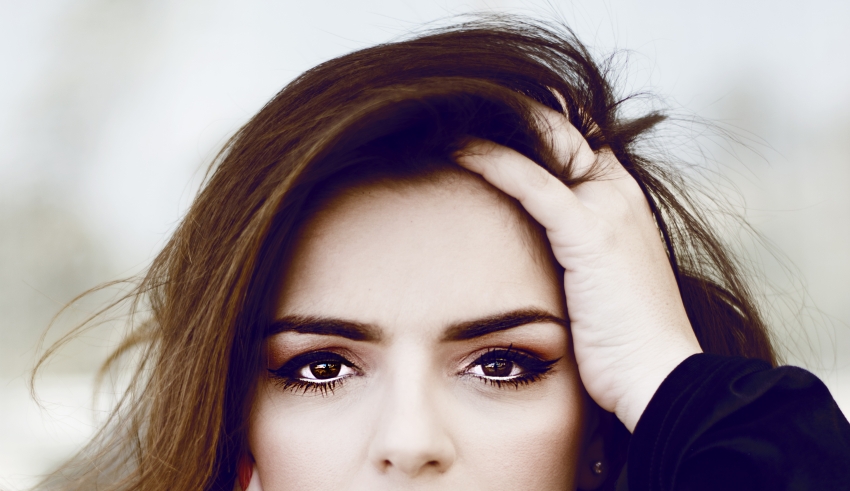 Malta’s selection for this year’s Eurovision Song Contest is just around the corner, so it’s high time we got to meet some of the hopefuls fighting to represent the islands in Lisbon! Today, Christabelle has spoken to us about her upcoming experience in MESC!

Born in 1992, I have been performing on stage since the age of three. Following a brief stint on television in my teens – during which I hosted Teen Traffic and Teen Trouble (both nominated for a Malta Television Award) – I decided to focus on my music career, which led me to study music at Mount St. Mary’s College in Hollywood, and participate in several song contests including the Junior Eurovision Song Contest in Malta, and in Baton Rouge, Louisiana, USA, amongst others.

In the past six years,  I won eight Bay Music Awards and have been working with various producers on a string of songs, including ‘I Wanna Know’, ‘Flame’, ‘Naturally’, ‘Every Time I Bleed’, ‘Everything About You’, ‘Say’, and ‘Fall for You’, with many of them reaching the Number 1 spot in the local charts. In 2009, I was chosen by Gigi D’Alessio to perform alongside him during his concert at the Palalottomatica in Rome. I have also opened for world-renowned singer Laura Pausini here in Malta, and performed at Isle of MTV 2017.

I took part in the Malta Eurovision Song Contest (MESC) three times, and my song ‘Rush’ reached the second place in 2014. I believe that, due to its popularity all over Europe and the world, the song contest is one of the best ways for Maltese and European artists to get their music out there and to share their message!

The song is called ‘Taboo’, and it’s an incredibly personal one for me, both because of what I have been through as an individual in my private life, and because it addresses something that is very close to my heart. The song’s message is that we should be open about discussing mental illness and in offering help (rather than judgement) to those suffering from it. We need to change the way we talk about mental illness and encourage those who need help to speak up; but it’s only by working together that we can break this taboo… So, in a nutshell, with ‘Taboo’, I set out to raise awareness about mental health. I feel that the MESC is a huge platform for anyone who wants to get their message across through song and that is why I wrote this song to participate with it in Malta Eurovision Song Contest. I believe that people want something beyond entertainment and beyond content; they want inspiration.  Theywant something they can add to a list of quotes or a handbook, a playbook. And they want to keep adding to it, that is why I decided to write such a meaningful song, raising awareness.

I am an avid Eurovision follower, I have never missed watching the contest, be it Malta or internationally. I believe that the contest has become so popular everywhere not just in Europe, and it is followed by so many people! It is the perfect platform, to get your music across borders and also get the message across through song. My favourite entries ever from the contest are ‘Euphoria’ and ‘1944’, both for very different reasons, the former because it is an extremely catchy and powerful song, and 1944, because of its meaning.

I have been singing since I was 3 years old so its been a while, however my first huge experience related to music, was when I performed in Baton Rouge Louisana, in front of an audience coming from around 20 different countries, I remember they started playing the song when I was still backstage, I quickly walked up and said the show must go on. I must have had done something right as I won the F.I.D.O.F Award then!

My music is normally catchy and very easy on the ear. The music that I am a part of the songwriting process of, is normally extremely meaningful and about experiences that I have been through and wanted to write and sing about them. I have a past that is filled with music – enough so that it fills a significant portion of my life.

I am an accountant by profession, and also a social media influencer, so typically my day would be like this; wake up in the morning feeling like P.Diddy… just kidding! I wake up go to work, I then try to slot in an hour of gym, go to my favourite spots in Malta to take pictures, take care of my social media accounts, go back home and continue answering emails and spending time with my family and my fiancé. That is my typical day. I try to take some time off every now and again, because I am literally always working, but I don’t mind it and I don’t complain ☺

To never judge a book by its cover and that when there’s a will there’s always a way.

It would be my own song ‘Rush’ because I am literally always on the go.

#YOU can watch Christabelle’s entry for Malta’s selection “Taboo” below. We would like to thank Christabelle for her time talking to us and wish her the best of luck on 3rd February!