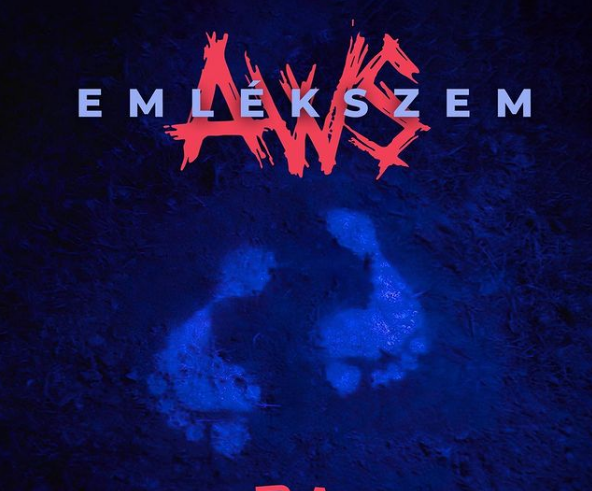 On February 6th of this year, we learned that AWS member and Eurovision alum Örs Siklósi had sadly passed away from leukemia at age 29. Many fans of the band and the Eurovision community took to social media to remember the impact Örs had. Now it’s the band’s turn to commemorate him.

The music video for their new single “Emlékszem/I Remember” opens with shots of a small child walking and numerous doors in a forest. As the video progresses, moments of Örs’ life are projected onto these doors, showcasing moments when he was performing and happiest. From behind the doors emerge the band, singing along to the lyrics of the song and reflecting on their band mate and friend.

The chorus to the song, when translated, reflects the pain that Örs’ death has left on so many: “I wish I didn’t know you, I wish I never saw you. I wish I didn’t know you, it would have never burned, your memory.” As the final chorus enters, the video moves to the ruins of a church and features Örs’ family and friends – driving home the message that our lives leave an impact on those around us.

The track features vocals from Örs himself, and he also wrote and composed it. The band recorded it back in 2019, but for reasons unknown it was never officially released prior to yesterday. The song was inspired by the Zsámbéki basin, where the cities of Budakeszi and Páty are found. This is where the band members, minus Soma, grew up. It is also where Örs was buried. In an interview, band mates reminisced on how Örs would always end their concerts by shouting: “And we are AWS from Budakeszi!” – showcasing how proud he was of their birthplace. 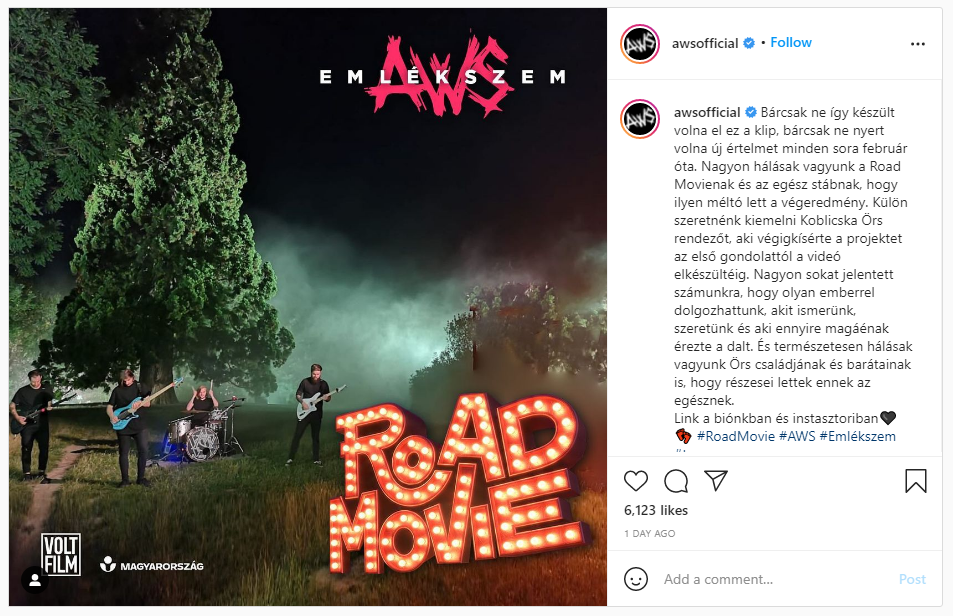 Taking to Instagram to announce the video and it’s meaning, the band wrote: “I wish this clip hadn’t been made this way, I wish every line since February had gained new meaning. We are very grateful to Road Movie and the whole staff for making the end result so worthy. We would like to single out director Örs Koblicska, who accompanied the project from the first thought to the completion of the video. It meant a lot to us that we were able to work with someone we knew, loved and who felt the song so much. And of course we are also grateful to Örs family and friends for being a part of it all. Link in our bio and insta story <3.”

To further commemorate his life, AWS will be hosting a concert on the 5th of September in Budapest Park. The show will consiste of 30 songs and will feature a variety of artists who were personal friends of Örs or supported the band in some way. There will also be two additional songs released in the coming weeks that the band recorded with Örs prior to his passing.

The video was a collaboration with Road Movie, a production that tours Hungary and films music videos in locations that hold special meaning to Hungarian bands and artists. They have collaborated in the past with artists such as Horváth TAMÁS, Kelemen Kabátban, Margaret Island, Ivan and the Parasol, and Tankscapda.