Home 2017 How much can we trust the initial news source? 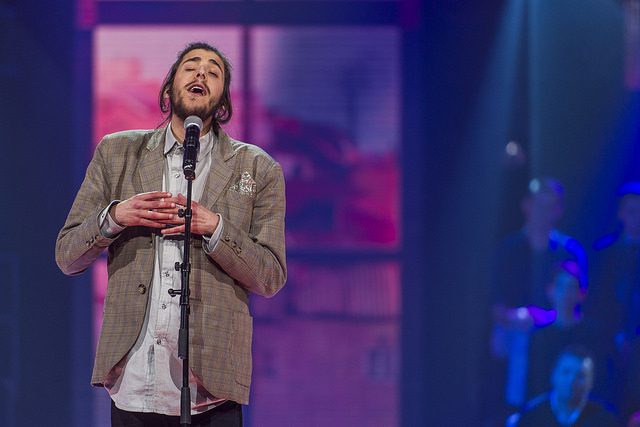 Wishing the best for Salvador Sobral (Portugal) – But how much can we trust the initial news source?

On March 15, 2017, Flash.PT alongside many other Portuguese online gossip websites, posted news reports noting the ongoing health struggles of Portugal’s entrant, Salvador Sobral (http://www.flash.pt/atualidade/nacional/detalhe/salvador-sobral-a-espera-de-um-transplante-de-coracao). In short, Salvador had to have surgery after his semi-final performance to deal with two hernias.  Now, it is reported that Salvador has irreversible heart failure and is on a waiting list for a heart transplant. Worse yet is the fact that Salvador may be running out of time, as doctors are recommending a transplant by the end of the year.

Many were pained to hear this news as Portugal’s return is coinciding with what many are saying will be a return to the Final as well.  However, as the news came out, our trusted forum members from Portugal noted that many of these news sources are not the most reliable.  Soon after, follow-up reports came out from his agent and sister that he is recovering well from his first surgery and that he career nor Eurovision is at risk http://www.jn.pt/artes/media/ntv/interior/saude-de-salvador-sobral-a-eurovisao-nao-esta-em-risco-5729562.html).  Salvador’s Facebook page also makes no notice of the reports, only noting that tickets to his performance on March 17 at the Auditório Municipal De Olhão are almost sold out.

This is reassuring news for fans, although a cynic could call this a cover up.  However, what is more probable is that this was another case of faulty information spreading before facts could be checked.  As part of the ESC United community, we should be thankful to the Portuguese members on the forum for causing us to stop, cast our doubts, and seek more information.

This is not the first time that we have seen negative news come from a questionable source.  However, this instance regards a very serious health issue.  At the end of the day, we are hoping for the best for Salvador.  We wish the best to him and his loved ones.

In contrast, most previous reports have dealt with an artist being homophobic.  Some of these reports were later accused of being misconstrued (Eneda Tarifa), the product of poor word choices while drinking (Måns Zelmerlöw), or still yet to be determined (Jacques Houdek, Carola – although both have come out to state they have nothing against love of any kind).  However, the most infamous event was in 2013, when Esma and Lozano from FYR Macedonia were accused of homophobic remarks about Eurovision fans.  This stung hard for fans on many Eurovision fans who lashed back harshly.  Yet, many came to the artists’ defense, and the artists themselves denied ever making the statements.

I wrote about the Esma and Lozano controversy back in 2013 (http://escunited.com/2013/05/23/shouldve-known-better-press-and-fan-reactions-to-the-fyr-macedonia-controversy/). As noted back then, as Eurovision fans, we want news fast!  And online media is perfect to provide this.  But it can come at a cost.  Online news sometimes lacks many of the safekeepings that more traditional news sources such as newspapers should provide, including an extensive team confirming the sources and fact-checking.   As we have seen inside and outside the Eurovision sphere, it is easy for false data to be released and quickly disseminated to the public.

The Eurovision press and Eurovision fans rely on one another.  Websites such as ESC United rely upon fans to drive visits to the site and push out what we write to their networks of friends and peers. In turn, Eurovision fans use our websites to get up-to-date information about anything Eurovision-related.  Yet, to help ensure that we as media and readers alike can continue in this sharing of ideas, we have to repair any disconnects that can occur between what is the truth and what is presented.

I have discussed this in my day job as a sports injury and concussion researcher (http://bjsm.bmj.com/content/early/2016/09/01/bjsports-2016-096508) and share these now with you.  They are not exactly earth shattering, but just some good reminders to read and write by.  First, we must consider the quality of the original source and any additional peripheral information available to make a final assessment of what is presented.  In other words, if we see something shocking, we should seek other sources for confirmation.  Second, we should also acknowledge our own cognitive biases and how these affect our interpretation of what information is presented.  The way that we react to the recent report that the Russian representative performed in Crimea and may be banned from Ukraine in May may be associated with our previous perception of the Russian-Ukraine conflict or either country in general.  Third and most importantly, we must promote cordial discourse as opposed to harsh division and polarization.  Anonymity online grants us many luxuries; but that should not include derogatory language towards one another.

As we move forward learning more about Salvador, we hope for the best.  I hope that this unfortunate news is untrue so that he can focus not only on his performance in Kiev, but more importantly, his personal health.  If the news is indeed true, I hope that we as an ESC community can come together, support him and his loved ones, and perhaps use his story to highlight topics far greater than Eurovision.  This could include the importance of topics such as organ donation so that Salvador and others have hope for the future.