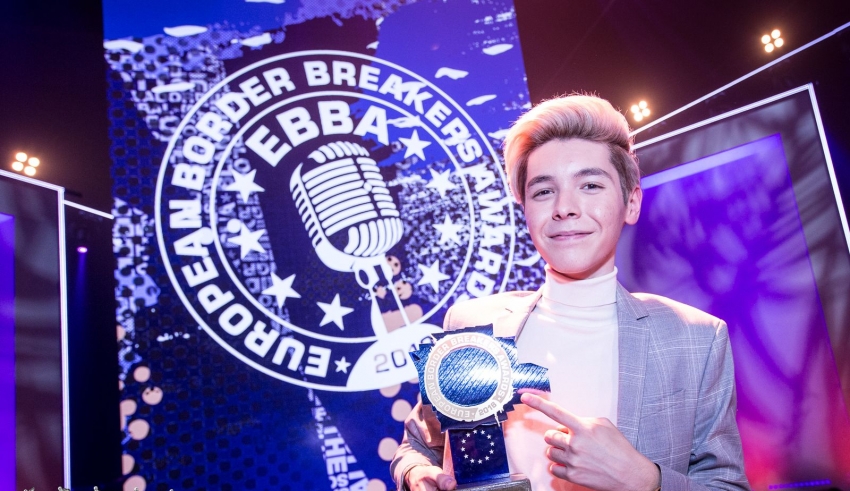 The accolade, which is chosen by the public to honour the next rising star in Europe, has previously been won by stars such as Dua Lipa, The Baseballs, Eurovision’s own The Common Linnets and Milow, with other stars such as Adele, The Script, Lykke Li, Stromae, Icona Pop, Years & Years and Indila winning awards at previous ceremonies.

In fact, three of Kyiv’s stars were awarded EBBA trophies this year, with Kostov also winning the individual award for Bulgaria, and with Belgium’s Blanche and reigning Eurovision winner Salvador Sobral picking up titles. Sobral’s manager accepted the award on his behalf owing to his ongoing recovery.

Highlights from the show will be uploaded shortly to their official YouTube channel.

We would like to congratulate Kristian, Blanche and Salvador on their successes in a promising year for the Eurovision Song Contest!

Watch Kristian’s performance of “Beautiful Mess” at the award show below;

What do #YOU think of Kristian Kostov’s victory tonight? Share your thoughts with us on our forum HERE or join the discussion below and on social media!