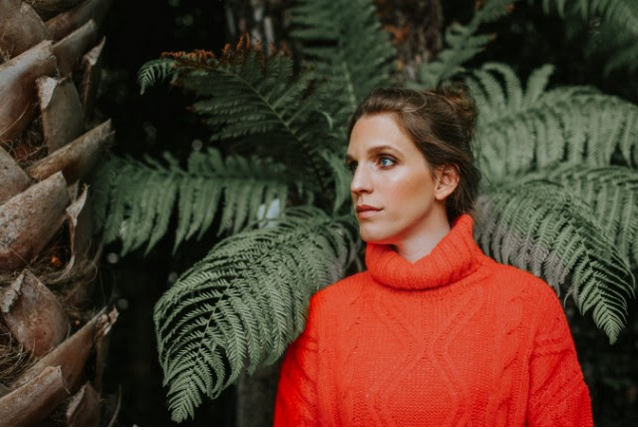 Luisa Sobral, the composer of the entry “Amar pelos dois” which brought Portugal their first ever Eurovision victory in 2017 with her brother Salvador, has revealed in a wide-ranging interview with Portuguese online newspaper Observador that she was invited to perform in this year’s edition of the San Remo festival but turned down the chance.

The jazz singer-songwriter and composer from Lisbon spoke to the digital journal to promote her new album “Rosa”, named after and dedicated to her daughter born earlier this year. During the interview, naturally, the subject of the Eurovision Song Contest came up and she discussed her viewpoint on the contest and how it opened doors for her as a composer, including being invited to participate in the Italian festival later this year.

Speaking about the contest, she suggests that the experience is over for her; “I knew I was not going to change anything. My brother thought so, because my brother thinks he can change the world. I told him not to get these ideas becaus the next year it was not going to be all jazz bands in Eurovision.”

“I never had the pretence of changing Eurovision and I sincerely want to know if I’m dumb! I hope to never go there again, it’s indifferent to me. It was cool because of the moment itself, but it turned out I don’t want to go there and do nothing.”

Regardless, Luisa does mention that the opportunity of the contest opened doors for her in terms of composing more songs for people in Portuguese, and Sobral also confirms that she will begin touring once more, with the first three performances at the Casa da Música in Porto, the Teatro Tivoli BBVA in Lisbon and in Coimbra in February 2019.

Luisa Sobral’s new album “Rosa” will be released on Friday, 9th November. #YOU can watch the new video for “O melhor presente” from the album below.

What do #YOU think, should Luisa have accepted the offer from San Remo? Would #YOU like to see her return to the Eurovision scene soon? Share your thoughts with us on our forum HERE or join the discussion below and on social media!