Home 2017 “This has nothing to do with the Logo deal”: The EBU responds to geoblocked YouTube content in the United States 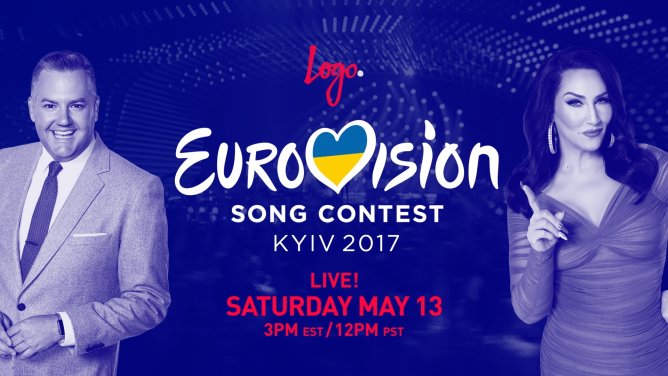 In a communication with the EBU, ESC United has learned that issues of geoblocking Eurovision YouTube content in certain countries are not associated with the host broadcaster of each country, but rather regulations pertinent to viewing rights.

In an email exchange, the EBU let us know that “there are still some countries, including USA, Brazil and Canada to which we are unable to live stream and so it is necessary to geoblock this content.”

For many fans in the United States, access to past Eurovision performances has been done through Youtube or www.eurovision.tv.  However, with the revamp of the official website, content now has been strictly accessible to the Eurovision YouTube channel.  Although material from the 2015 song contest and prior is still available, content from the 2016 and 2017 editions has been geoblocked.

The EBU clarified that the issues with geoblocking 2016 and 2017 Eurovision YouTube content in the United States has nothing to do with the 2016 deal with Logo TV to broadcast the final. As noted by the EBU, “the geoblocking / rights issues to do with the live stream just happened to coincide with this timing.”

The geoblocking is very disappointing for viewers from the United States, as well as any other affected areas.  We will never be able to see the performances from the Semi-Finals, neither of which were aired in the United States.  We will not be able to relive the moment when Jana’s boyfriend from FYR Macedonia proposed to her (and when she said yes). Nor will we see the nail-bitting moments of all three shows’ results.

But rest assured. The EBU is aware of this and working on a solution: “We are continually trying to resolve these rights issues in order to enable all ESC fans across the world – and we know there are many – to watch the live streaming and will continue to do so.”

What do you think about these issues related to geoblocking and rights issues of transmitting and archiving live streams? Are you satisfied with the EBU’s response?  Let us know in the forums.

EDITOR NOTE FROM ZACK KERR:
For full transparency, I have included the bulk of the original email that I sent to the EBU on May 15 2017, and their response from May 18 2017.  Personally, I appreciate the thorough response from the EBU in clarifying that this issue is not Logo’s to blame.  However, I implore and look forward to the EBU finding a solution that will rectify these issues for all international viewers of Eurovision.

ZACK’S EMAIL
“I am seeking a comment regarding the fact that since Logo took the reins of broadcasting the Eurovision Song Contest in the United States in 2016 and 2017, most YouTube content from the actual shows on the Eurovision YouTube page is not accessible to the US fans.  Furthermore, many of our readers complained that they could not watch the final AND the semi-finals from the Youtube LiveStream.

I will acknowledge that Logo does have the final on their website for viewing, but for how long?  For many fans, Logo’s broadcasting has not helped, but hindered the viewing experience for American fans.  Personally, I would like to see the US geoblock of the Eurovision YouTube content eliminated, or at the least, a partnership set up in which all Eurovision 2016 and 2017 content from the live shows (full streams and individual performance videos) archived on Logo’s YouTube channel.

Many congrats to the EBU for their long-term success with the Eurovision Song Contest and thanks to them and NTU for hosting the press in Kyiv.  It was personally an incredible experience for me.”

EBU RESPONSE
“Apologies for the delay in replying – it’s been a bit crazy post event!

In regards to your query regarding geoblocking, the Eurovision Song Contest is broadcast to over 45 countries across the world and live streamed to a vast audience via streaming services.  However, due to the rights technicalities of producing live events of this nature, unfortunately there are still some countries, including USA, Brazil and Canada to which we are unable to live stream and so it is necessary to geoblock this content.

It is important to note that this has nothing to do with the Logo deal; the geoblocking / rights issues to do with the live stream just happened to coincide with this timing.  In fact, had Logo not come on board to broadcast the show and, this year, live stream no one in the US would have had the opportunity to enjoy it at all.

We are continually trying to resolve these rights issues in order to enable all ESC fans across the world – and we know there are many – to watch the live streaming and will continue to do so.

We are glad you had a great time in Kyiv and we hope to see you again in Portugal!”