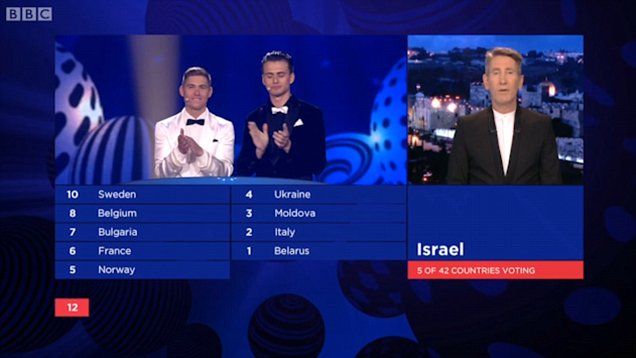 While Europe is still celebrating Portugal’s win at the 2017 Eurovision Song Contest in Kyiv, a lot of die-hard fans started analyzing the results trying to make sense of the jury and televotes.

ESC United thought this is the perfect opportunity to dissect the jury vote and take a closer look at how the juries voted and pay close attention to Demographics. We took the votes apart and broke them out by age, gender and location. Was there a major difference based on Demographics? Let’s find out out together.

We will take a closer look at the televote as well, this piece solely focuses on Juries.

If you are not familiar with the overall Jury results, you can check them HERE. This article focuses on breaking it down further to determine any patterns or differences between Demographics.

GENDER
Let’s find out if male jurors had different taste and views than the female jurors.

Observation: The Top 4 is identical and reflects the overall results. There are a few differences in taste between the genders though. Italy was the big Favorite but failed to live up to the Status and only finished sixth overall. As it turns out, the men on the juries appreciated the dancing gorilla more than the women. Francesco’s Occidentali’s Karma finished in 5th place with the Male Jurors but only in 10th place with the Female jurors. This is a significant difference and an interesting fact to point out. On the other hand, Nathan Trent from Austria was really appreciated by the Ladies finishing sixth, while the gentleman didn’t even put it in their Top 10. Another song that scored higher with the women was Hungary finishing in 15th place while the guys put a little lower in 19th place. There are a few more differences in the votes but those are the most dramatic ones to point out.

AGE
Taste in music at times can differ by generation so we broke out the jury vote by age making it a Younger vs Older vote. The cut-off age was 40 so jurors under the age of 40 are included in the “Young” category while everyone else is part of the “Old” votes. While being of a certain age, doesn’t necessarily make you old or young, we had to name the groups somehow so please don’t take it personally.

Observation: Once again, the Top 4 is identical so very little difference there based on Age. But there are a few songs where the Older jurors disagreed with the Younger ones. One example is Norway. JOWST certainly benefited from the young votes finishing 5th overall while barely finishing in the Top 10 with jurors that are 40 or older. Looking at the style and genre, this may not come as a surprise but still an interesting observation. On the other hand, Kasia Mos from Poland ranked higher with the “Old” jurors, finishing 15th while only finishing in 19th place with the “young” members.

AGE & GENDER
Now that we looked at Age & Gender overall, let’s break it out a little further and look at Younger Males, Older Males, Younger Females and Older Females. Did they disagree or ended up being on the same page? Again, jurors under the age of 40 are included in the “Younger” group which is about half of the jurors.

Observation: While the Top 3 is the same with all four groups, there are some significant differences in the voting. While Italy overall disappointed, at least based on their Favorite status is concerned, the Older Males loved it the most ranking fourth overall. When you compare it with the Younger Females, who put Italy in 13th place overall, you can definitely see a disagreement based on age & gender when it comes to the Dancing Gorilla. Interestingly enough, the Older Males had a soft spot for Blanche from Belgium putting her in sixth place while the younger guys put her outside their Top 10. In addition, the younger Females disagree with the younger Males on the United Kingdom. The ladies put Lucie Jones from the U.K. quite high in sixth place while the guys were less impressed putting it in 12th place.

Last but not least, let’s take a look at the Pots used for the Allocation draw. The thirty-seven semi-finalists had been allocated into six pots, based on historical voting pattern. Since Russia withdrew prior to the contest, we replaced it with Ukraine added it to Pot 3, they were not part of the Allocation draw as they were already in the Finals, therefore not having to go through the Semis. You can check the countries for each Pot HERE

Take a look and let us know what your thoughts are. You can always join our Community HERE or just reply to this post.