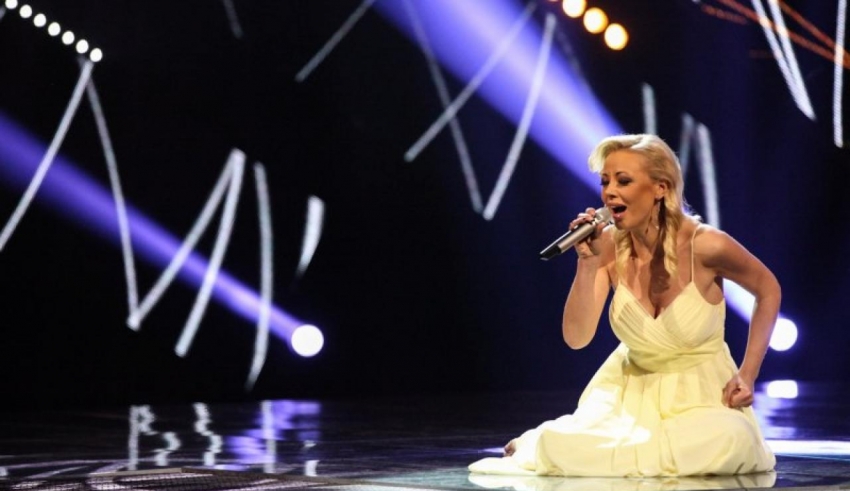 If there is one thing that Eurovision fans love, it is the resilience that national selection artists possess.  For many of us watching these artists that have yet to represent their country on the Eurovision stage, Eurovision season seems to be about another year, another song (look no further than the myriad of Maltese artists).  Nevertheless, a number relentlessly try and try again and actually win!  Sanna Nielsen (7 attempts) and Claudia Faniello (9 national selections and 11 songs) are prime examples.  However, what happens when artists feel their lack of success is due to the system holding them back?

It is possible that some artists may feel this way and may simply stay quiet and keep playing the game.  However, there are cases where they no longer can; this week, Mia shared her thoughts on the Lithuanian National Selection, “Eurovizijos“ dainų konkurso nacionalinė atranka.

Mia is a well-known Lithuanian singer and television host that has competed to represent Lithuania in 2014, 2015, 2017, and 2018.  She finished second in 2014 and 2015, then failed to make the semi-final in 2017, and yesterday, failed to advance from her heat.  After the filming of her heat, Mia spoke with Lithuanian newspaper 15min and noted her displeasure with the National Selection process, particularly the jury.

In particular, Mia approached the “elephant in the room” that has gloomed over the entire 2015 National Selection for the past three years – the last-minute change that allowed Monika and Vaidas to compete as a duet.  According to Mia, this severely lessened her chances of winning, a sentiment with which many in the Eurovision fan community agree.

In my opinion, Mia’s reaction is well-justified, but not simply because of her thoughts of the National Selection process.  Rather, this is the cause of one literally huge factor that LRT, Lithuania’s national broadcaster, needs to consider.  Bluntly put, the Lithuanian national selection is a monster of a marathon.

As my colleague Robert noted in his editorial, Lithuania 2014 holds the record for most rounds (11) and there are no signs of the scope of the process slowing down. For LRT, the multiple rounds provide more opportunities for viewership, and at the end of the day, that is just as important, if not more important, than doing well at Eurovision.

This is evidenced by the mixed results Lithuania has seen with their process (50% with one top 10 placing since 2014, which actually is not too bad when you think about it). However, this places a lot of pressure on the competing artists, with most of it placed on those advancing round after round.

Although Mia finished second in 2014, it was her first time competing. Perhaps, she remained resilient and inspired to give it another go in 2015.  Here, she went through the long-winded process only to finish runner-up again, in a manner that she felt was unjust (i.e., competing against a duo).  Finally, with her past two years of competing ending without a spot in the final, it seems that she simply had enough and couldn’t keep quiet, resulting in her interview with 15min.

Thisto me, highlights the possibility that Mia was simply “burned out” of the process, lacking a sense of personal achievement or self-worth.  However, sharing her true feelings, at the risk of being blacklisted from the national selection process, was justified sacrifice.

It is easy for us to say that any singer who wants to represent Lithuania in Eurovision should know what they are signing up to do.  Earlier this month, Erica Jennings knew this and citing a lack of faith in the selection process and the jury, withdrew.  However, what distinguishes Erica Jennings and Mia is that the former has already had the opportunity to compete in Eurovision (in 2001 with Skamp).  Although it was tough to lose at the very end as the runner-up in 2016, Erica had the luxury to tell herself that she’s already been down this road before.  Sure, it still probably stung a bit, but let’s face it – Mia does not have that luxury to say that; she’s out of the running for Lisbon.

As a result, LRT should not be surprised that individuals have come out to speak against their national selection process.  Their process is long-winded and wrought with subjectivity and distrust, which could yield a toxic environment that screams burnout.

More importantly, they should be concerned that two of the more recognizable faces from this year’s pool of contestants have done so.  I would not be surprised if as the national selection process continues, we start to hear more people speak out, now inspired by Erica Jennings and Mia.  Still, for LRT, there could be two saving graces for them.

First, bad news is still news, and if this does not affect viewership in the end (which it likely will not), then no harm done.  Second, other national broadcasters (looking at you, BTRC…) are currently taking the brunt of criticism at the moment.  We will see what happens on the flip-side (that is, March 11, 2018!).