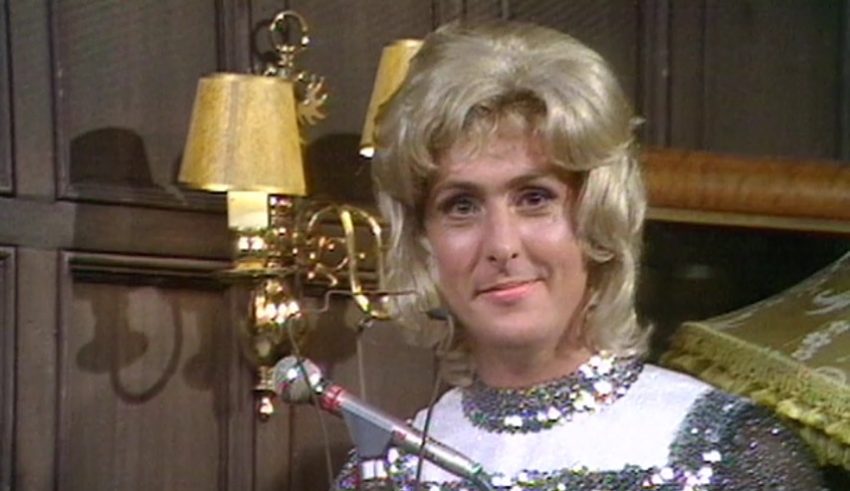 From Saturday Night Live to The Young Ones to anything on Cartoon Network’s Adult Swim, there is a large swarthe of anarchic and irreverent and anti-establishment comedy that would not exist without these six young comedians. And for a British sketch show that often took on the cultural and political issues of the late 1960s and early 1970s, it was inevitable that this talented troupe would tackle Eurovision, which they did in a memorable parody that is referenced in other pop culture to this day.

Composed of John Cleese, Graham Chapman, Terry Jones, Eric Idle, Michael Palin, and Terry Gilliam, the six members of the Monty Python troupe would go on from their absurdist sketch show on late night British television to be important and influential titans of comedy both in Britain and abroad. And most publications, for their 50th anniversary, took time to reflect on their lasting influence.

Their Eurovision parody came in Episode 22 of Monty Python’s Flying Circus. The parody is technically two sketches, “There’s been a murder,” which features “Sgt. Duckie’s song” at the end before blending into the next sketch, the “Europolice Song Contest,” whereMonaco, who Eric Idle in drag announces in an absurdist manner, is announced as the winner. Monaco’s Zarapathique performs “Bing Tiddle Tiddle Bong.”

The full episode is not uploaded to YouTube, nor is the full sketch (if you find a legal link to the sketch, please do let us know). However, the full transcription of the song can be found here.

“Bing Tiddle Tiddle Bong” is an obvious reference to Lulu’s winner for Eurovision 1969 in “Boom Bang a Bang.” In circumstances as absurd as any Monty Python sketch, Eurovision 1969 had a four way tie for winner, requiring several rule and points changes to ensure such a farce could not happen in the future. Such was the level of controversy, Finland, Sweden and Austria withdrew from Eurovision 1970.

The Eurovision parodies didn’t stop with the end of Monty Python’s Flying Circus in 1974. Neil Innes, who worked with the Monty Python troupe on the show and also on The Goon Show and other shows with Python cast members, himself recorded a Eurovision parody called “Mr. Eurovision Song Contest Man,” that is meant to parody a lot of tropes from the contest, including nonsense lyrics and key changes.

Though the EuroPolice Song Contest is not one of Monty Python’s more famous sketches (certainly nowhere near the status of The Parrot Sketch, The Knights who say Ni, The Ministry of Silly Walks, The Four Yorkshiremen, etc.), it does still have enough cultural cache to be referenced to this day.

Here is a reference to the sketch in a last season episode of Stargate: Atlantis, from a character played by David Hewlett who is frequently mocked for his obsession with nerd culture.

The EuroPolice Song Contest is not the only Eurovision reference in Monty Python. In Episode 12, aired on December 15, 1970, there is a sketch called “World Forum,” where Mao Zedong, Karl Marx, Che Guevara and Vladimir Lenin are being interviewed, but the interview actually devolves into a general knowledge quiz, asking questions about when Coventry City won England’s F.A. Cup (by 1970, they had not) and the nickname of West Ham United (The Hammers).

The “world forum” sketch was reprised in the Monty Python live show at the Hollywood Bowl in 1982. There is a question posed to Vladimir Lenin about Jerry Lee Lewis’s biggest hit in the above performance, but the original episode featured a question about the name of Teddy Johnson and Pearl Carr’s Eurovision 1959 entry (the original sketch incorrectly mentioned them as Eurovision 1959 winners). Lenin is stumped, and much merriment ensues when it is Chairman Mao who answers “Sing Little Birdie” correctly. A transcript for the sketch can be found here.

If anyone can find a legal version of the original sketch featuring the Eurovision 1959 joke, that would be greatly appreciated.

Do #YOU enjoy the absurdist humor of Monty Python? Will #YOU be celebrating the 50th anniversary of these British comic legends? Let us know in the comments below, on social media, or in our forum.