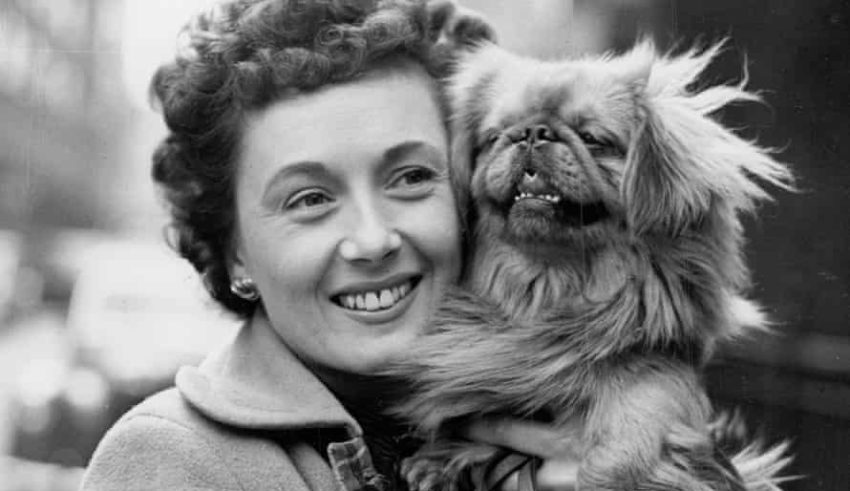 Pearl Carr with her dog Sammy in 1953. C. ANL/Rex/Shutterstock

As 2020 comes to a close, we remember and honor Eurovision stars, writers, and producers who passed away this year. Stars whose participation and performances provided so much joy to Eurovision fans at the contest and beyond.

Due to the large amount of Eurovision notables who passed away this year, we had to split this article into two parts. Part Two will be available on December 31, 2020.

In no particular order, here is the first part of the list of notable Eurovision stars we lost in 2020.

Renowned Turkish singer, pianist, composer, and conductor of Turkey’s first ever appearance at Eurovision in 1975, Timur Selçuk, has passed away at age 74 on November 6, 2020.

Born into a well-known family of musicians and stage artists, Selçuk’s compositions topped the Turkish charts throughout the 1960s and 1970s, and when it came time for Turkey to debut at Eurovision in 1975, Selçuk was picked to be their first conductor.

Unfortunately, Semiha Yankı’s “Seninle Bir Dakika” came in last, though Selçuk himself would return to the Eurovision fold as composer, arranger and conductor at Eurovision 1989 with Pan’s “Bana Bana.”

Arzu Ece, one of the two female singers in Pan, was Selçuk’s daughter, and she would herself return at Eurovision 1995 with “Sev.” “Bana Bana” finished in 21st place (2nd last).

Selçuk founded the Istanbul Chamber Orchestra in 1976, and in later years taught music at various Istanbul institutions. In 1998, Selçuk received the Turkish Ministry of Culture’s State Artist commendation, the highest domestic honor an artist can receive to be recognized as one of Turkey’s most influential musicians and composers.

Everyone fondly remembers the riotous fist pumping folk rocker “Alcohol is Free,” the fun Greek party anthem with a serious and universal message, and the legendary rebetiko singer and baglama player who led Greece to a 6th placed finish at Eurovision 2013.

Agathonas Iakovidis passed away unexpectedly of a heart attack on the morning of August 6, 2020 at the age of 65. Iakovidis had been busy all summer putting on folk concerts for frontline hospital workers.

Born Evangelismos Langadas in Thessaloniki in 1955, Iakovidis had become a master of Greek traditional instruments by 1973, becoming proficient in guitar, the oud, the mandolin, the baglama and the mandola. He came to fame as frontman of the Rebetiko Band of Thessaloniki, and in the 1980s on worked with several Greek artists on pop collaborations wanting to impart traditional Greek instrumentation.

Many Eurovision artists attempt to blend modern pop sounds with some traditional sounds of their culture, but Koza Mostra were one of the best attempts in the 2010s at the contest, bringing in the master of bridging the modern and folk divide who had inspired and will continue to inspire many artists.

Born Yrjö Osvald Rundberg on April 23, 1927, Ossi Runne picked up the trumpet in 1936 and never looked back. As a teen he got into several orchestras and by 1957 became the conductor at the China Variety Orchestra in Stockholm, Sweden. Runne moved on to become orchestra conductor for Finnish broadcaster Yle’s Yleisradio, and in 1966 wrote and conducted Finland’s entry at Eurovision 1966, Ann Christine’s “Playboy.”

“Playboy” came in 10th, but Runne would go on to be conductor for Finland’s Eurovision entries an additional 21 times. He last conducted Anneli Saaristo’s “La Dolce Vita” at Eurovision 1989.

Though he retired from Yleisradio in 1992, Runne was active as a band leader and trumpeter until 2003, when he released his book of memoirs With a Trumpet and a Baton.

His family announced on November 5, 2020, that Runne had passed away at age 93. Runne was known as a cheerful and optimistic man with a can do spirit and was always armed with charming anecdotes about his many appearances at Eurovision.

Born Ulla Pia Nielsen on February 17, 1945, Ulla Pia was already renowned as a jazz singer in Copenhagen in the early 1960s when she was encouraged to enter Dansk Melodi Grand Prix 1966. Ulla stormed to victory with “Stop – mens legen er go” (Stop – While the Going is Good), beating out former Danish representatives Gustav Winckler (1957) and Dario Campeotto (1961).

Though Ulla’s song only came in 14th out of 18 at Eurovision 1966, her entry was considered ahead of its time due to the bridge where two dancers came on stage to do an interpretive dance about the themes.

Denmark withdrew from Eurovision 1967 and would not return until 1978, though Ulla’s career as a jazz singer continued with many more hits in Denmark over the 1960s and 1970s. Ulla retired from performing due to ill health, and passed away on August 22, 2020.

Pearl Carr, one half of one of the most revered husband and wife singing acts in the United Kingdom, passed away at age 98 at her home at Brinsworth House, London, on Sunday, February 16, 2020. She and her husband, Teddy Johnson, moved into Brinsworth House, a home for retired entertainment acts, in 1990. Johnson passed away in 2018, also aged 98.

Born in 1939, in Bosanski Brod (then part of the Kingdom of Yugoslavia, now Bosnia-Herzegovina), and raised in Novi Sad, Ljiljana Petrović started her singing career by participating in local singing contests and being hired to sing by local clubs and restaurants.

The head of A&R for famous Yugoslavian record label Jugoton saw her perform at a festival in Mali Lošinj at the start of 1960, and he immediately had her in mind for some songs that famed Yugoslavian jazz composer Jože Privšek had sent to him.

Jugoton offered Petrović a record contract, and one of the song’s recorded was “Neke davne zvezde,” composed by Jože Privšek and with lyrics by writer, director and poet Miroslav Antić.

Yugoslavia, along with Finland and Spain, had signed up to make their debut at Eurovision 1961, to be held in Cannes, France, on March 18, 1961, and Petrović won the national selection with “Neke davne zvezde,” ultimately coming in a respectable 8th out of 16 at Eurovision 1961.

After her 8th place finish, Petrović continued her recording career, and in Yugoslavia had hits into the 1970s, particularly “Neka To Ne Bude U Prolece” (“Don’t let it be in the Spring”).

Jahn Teigen was a Norwegian legend who entered the Norwegian Melodi Grand Prix a record 14 times, ultimately appearing at Eurovision 1978, Eurovision 1982 as part of a duet with his future wife Anita Skorgan, and Eurovision 1983.

Teigen first made it to Eurovision in the 1978 installment (his first attempt was in 1974), but finished last for Norway, being the first artist to earn the dreaded “nul” points under the modern scoring system.

“Adieu” came in 12th at Eurovision 1982, but it was his return in 1983 as a solo act where he earned his best placement at the contest in 9th place (“Do re mi”), though Skorgan was one of his back-up singers. They married in the summer of 1984, had a daughter named Sara, though they divorced in 1988.

A noted and unique character in the world of Eurovision, it was appropriate that his final single, released in late summer 2019, was titled “Not Like Everybody.” Teigen passed away at age 70 at Ystad Hospital on February 25, 2020.

Famed Macedonian composer, singer and bass player Dragan Vučić passed away on May 4, 2020 due to complications from COVID-19.

Born in Skopje (in then Yugoslavia) on September 6, 1955, Vučić began racking up numerous hits in the 1980s and 1990s as singer and bass player of two popular regional bands, particularly Tavce Gravce and Koda.

However it is at Eurovision 2005 that Vučić composed a song for his son Martin Vučić (lyrics by Branka Kostic), coming in 9th in the Semi-Final and then finishing 17th at the Grand Final.

Bill Martin, the co-writer of the Eurovision 1967 winning “Puppet on a String” (performed by Sandie Shaw) and Eurovision 1968 runner-up “Congratulations” (performed by Cliff Richard), passed away at age 80 on March 30, 2020. He also co-wrote “Toi” for Irish singer Geraldine who was competing at Eurovision 1975 on Luxembourg’s behalf.

Born Wylie MacPherson in the shipyards of Govan, Scotland, on November 9, 1938, Martin first attempted a career in football, but after an unsuccessful attempt at going professional in 1960 in South Africa, Martin set his sights on a music career instead. He trained at the Royal Academy of Music.

Martin spent a few months working at recording studios in London’s Denmark Street, and after a brief partnership with Tommy Scott, he began co-writing tracks for big name acts such as Van Morrison and Serge Gainsbourg, Martin entered a writing partnership in 1965 with Phil Coulter, kicking off a successful chart-topping run.

American singer, guitarist and songwriter Alan Merrill, who co-wrote Co-Co’s entry “Wake Up” for the United Kingdom’s A Song for Europe 1976, passed away on March 29, 2020 at age 69 due to complications from the coronavirus.

Merrill returned to New York City in 1974 after several hits in Japan, and formed The Arrows with drummer Paul Varley and guitarist Jake Hooker. They had a hit in 1974 with “I Love Rock ‘n Roll”, though it is the 1982 cover by Joan Jett & the Blackhearts which most people remember.

We will continue our tribute to Eurovision stars in our second part, but are there any other artists #YOU want to see mentioned? Do #YOU have any fond memories of the artists listed above? Let us know in the comments below, on social media, or in our forum.