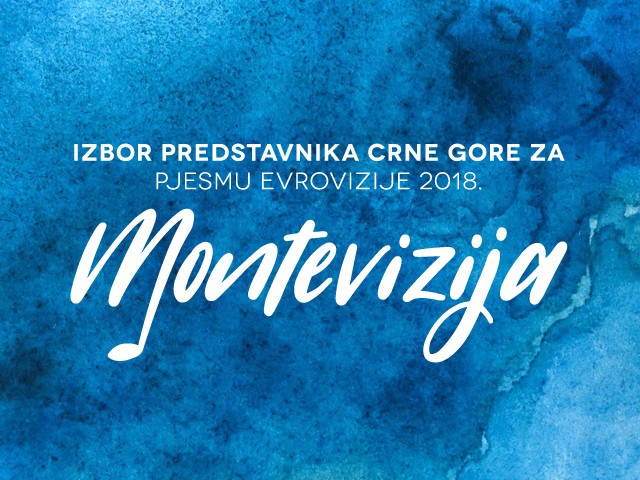 This evening RTCG, the Montenegrin national broadcaster, have revealed the names of the five participants that will compete on February 17th for the right to represent the country in Lisbon this May.

The five participants in Montenegro’s first selection since 2008 are (composers in brackets);

All of the participants have a lot of stage experience and are know names in Montenegro.

Katarina Bogićević participated in Got Talent and Your Face Sounds Familiar, and also had a main role in TV soap  opera Folk. She also represented Montenegro at Slavianski Bazaar in Vitebsk in Belarus. Her song is composed by Aleksandra Milutinović, who also wrote the Bosnian entry from 2007.

Lorena Janković also represented the country at Slavianski Bazaar when she was a little girl. She became more famous last year when she competed in the popular regional show Pinkove Zvezdice (similar to The Voice Kids). Lorena’s song is composed by Mr Serhatlić, who had several songs in the previous editions of Montevizija.

Vanja Radovanović started his career in 2004. Two years later he participated at Beovizija, He published his first album the same year, an EP in 2010 and a second album in 2014.

Last year Slavko Kalezić represent Montenegro in Kyiv with the song Space, but failed to qualify for the final.

What do #YOU expect of these five hopefuls? Who are #YOU going to support? Share your opinion with us on our forum HERE or join the discussion below and on social media!

Russia: Do we have the first 2022 representative?