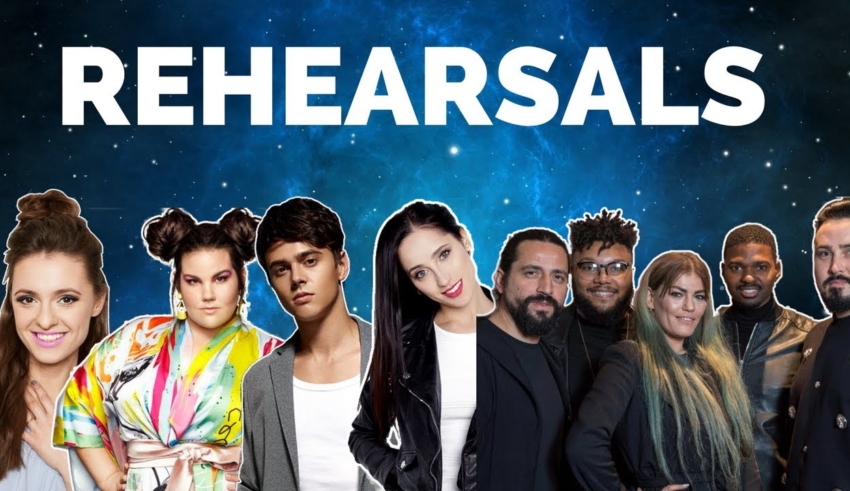 The second batch of today’s rehearsals have concluded, with Lithuania beginning this pack and finishing on Bulgaria. Did #YOU miss the rehearsals this afternoon? Well fear not, we have all of the information you need below. Make sure #YOU subscribe to our YouTube channel to make sure nothing is missed! Ieva wears the same dress as in the first rehearsal. There were quite a few camera angles capturing the crowd but on the whole the performance is intimate and dark, focusing just on Ieva. Yes, the animations are also here. Overall feeling about the performance is so subtle and zen. She finishes the performance on the bridge holding hands and kissing her husband, which is sure to tug at the heartstrings of the voting public. Netta rocked the stage! Her vocals were perfect and fierce. There was a lot of fireworks and bubbles and everything looked superb. The camera angles are much better than in the previous performances and the whole package is looking a lot better now. This got a huge reaction in the press centre and the arena on this run through, so have Israel put themselves back into pole position for the Eurovision title this year? Alekseev’s performance remains much the same, with the Ukraininan performer standing on a raising platform while an interpretive dance moves around the stage in flowing red. The unique mechanism of firing a rose into Alekseev’s hand is still there and the performance peaks and dives in just the right places. Belarus will certainly be a shock to many on Tuesday night, but this could be very effective for them. Elina “The Voice” Nechayeva left everyone stunned! There is no need to talk about her voice. The animations on the dress are all in place and no adjustments need to be made. The vocals in the arena are near-deafening but this is a real goosebump moment in this year’s first semi-final. They are one of the favorites for a reason! Those five voices work perfectly together. A few changes have been made to the screen effects which make the performance look more intriguing. The teal lighting that highlights the faces of Equinox is really effective. Could Sofia 2019 be on the cards? They’re certainly making all of the right moves, but in the arena it runs the risk of sounding congested with all of these big vocals.

What do #YOU think about today’s rehearsals? Share your thoughts with us on our forum HERE or join the discussion below and on social media!