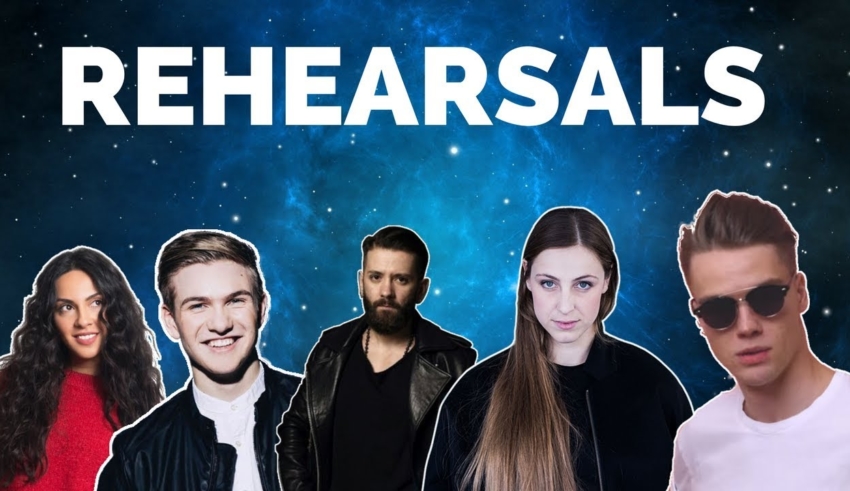 We are now going back around the semi-finalists and we start at the top with the first five performances in semi-final 1. How did Azerbaijan, Iceland, Albania, Belgium and Czech Republic get on with this morning’s sessions? Check out our live stream reactions, as well as EBU-released footage and quick reviews of any changes below. Let us know what #YOU think of the rehearsals below!

Aisel has a strong set of runs this morning and adds some dry ice to the final run through which is very effective. She seems to be struggling to connect with the camera but it is a good energetic performance with some very nice camera shots, although some of the wide shots perhaps detract from the energy of the song that emanates from the stage. Vocally she is much the same as previous but seems to need some support from her backing vocalists. However, this isn’t too demanding vocally as a song and she is certainly relishing the chance to open Eurovision 2018. Whether her infectious smile be enough to win over the fence-sitters on this entry is another story. Iceland’s vocals have majorly improved since the national final, with the high notes really sounding good now. Ari is such a likeable performance and this comes across in his demeanour on stage. He is still wearing the white suit with red elements with the reverse for the backing singers. While the staging is what you would expect for this type of entry there isn’t too much to engage the viewer, with the backing performers only joining Ólafsson at the end of the song. Iceland will be relying on Ari’s natural charisma and boyish charm to win over the hearts of Europe and return to the final for the first time since 2014. Wow, there are no words for Eugent Bushpepa’s vocals, and even today he has managed to find another gear and blow us away. The performance is a big improvement on Sunday’s first rehearsal, with a mix of blue lighting added to the previously very red staging which adds some dynamism. He is smiling and connecting with the cameras much more obviously today and you can tell that he is enjoying being on such a platform as Eurovision. My only concern is that his vocal gymnastics may be too over the top for some casual viewers and I hope he won’t strain his voice before the semi-final, but he makes these otherworldly notes sound so easy to make. Could be a surprise hit on Tuesday night!

BELGIUM – Sennek – A Matter of Time The camera angles still need a little work but this is looking much more mysterious. The opening shot has improved as Sennek holds her hand across her eyes before slowly pulling away. The wide shots have improved and I like the angles which have the shimmering blurry lights of the stage in the background. Overall this is a much improved performance, as Sennek connects with both the camera and the audience in an effective way, although it can be a little confusing as to who she is focusing on at times in the song. The backdrop stays dark and neutral which lets her shine with her vocals, which are also an improvement on her previous rehearsal. Not sure why this one seems to be receiving a backlash online. Poor Mikolas Josef has not had a fun few days but it is a major achievement to make it this far. He has a few nerve-jangling stoppages, one while he holds his back and the other when his microphone stand swings around in front of him. He finally manages to put in a full performance and he does do some of the simple choreography including the backpack parts, but his movements are completed gingerly and he doesn’t look comfortable. However, he has a second run through that is much better, there is a little bit of a smirk on his face, he starts moving more freely and he is visibly pleased with this run through.

What do #YOU think of this morning’s rehearsals? Share your thoughts with us on our forum HERE or join the discussion below and on social media. Don’t forget to subscribe on YouTube to make sure #YOU won’t miss a thing!