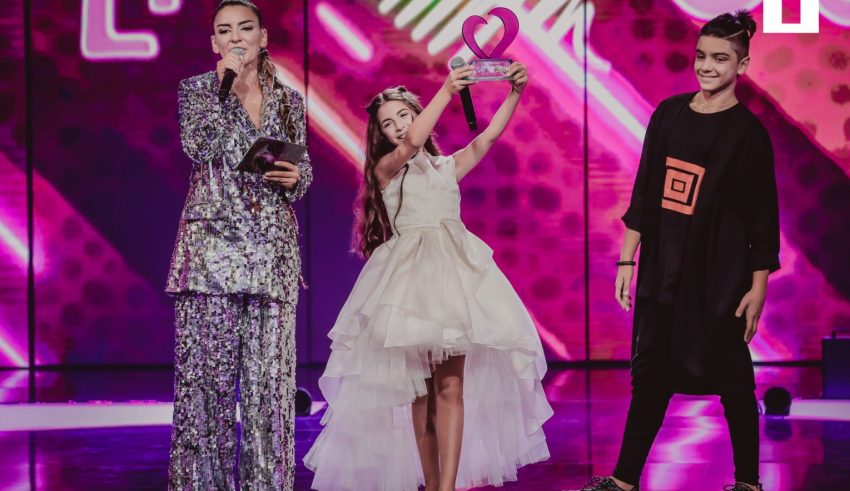 It’s 18 days to go until Junior Eurovision 2019, and we are counting down the 19 nations who are participating in Gliwice-Silesia on Sunday, November 24, 2019.

Next up we check out Armenia, a country that has a phenomenal record at Junior Eurovision, making you wonder when the rub of the green will happen for them at the senior version.

Armenia’s run at Junior Eurovision has been excellent. Armenia has never been in the bottom half (Monica Manucharova’s “Im ergi hnchyune” was the median 8th in a field of 15), and has placed in the top three a whopping 7 times out of their 13 appearances since their debut in 2007. L.E.V.O.N.’s “L.E.V.O.N.” from 2018 was their lowest placing at 9th (out of 20).

In a way, Armenia is the United Kingdom of the 1950s and 1960s at Junior Eurovision, given they have won once, come in 2nd four times, and in third twice.

Their sole winner, 2010’s “Mama,” performed by Vladimir Arzumanyan, showed how seriously Armenia takes this contest, with “Mama” being produced by their Eurovision 2008 “Qele Qele” (Armenia’s joint-best performance at Eurovision with 4th place) composer DeHova. Arzumanyan himself has a career going as a young man, with healthy view statistics on his September 2019 release “Ims.” Time will tell if he makes the step up to Eurovision, which is becoming more common by the year.

Armenia held a national final, Depi Mankakan Evratesil 2019, on September 15, 2019. The ten artists and songs were released a couple weeks before the national final, and on the night, Karina Ignatyan narrowly edged out Vardan Margaryan. Rosa Eloyan came in third with a wonderful epic ballad named “Im Qaghaq,” while The Voice Kids Russia alumnus Robert Bagratyan came in 4th with “Captain Friendship.” This is a highly recommended national selection, so checking out all these entries will not be a waste of your time.

The final results were as follows (songs embedded in title):

Karina Ignatyan, as with other competitors at Junior Eurovision 2019, is an experienced hand at song contests despite only being born on July 7, 2006 in Kaluga, Russia. Ignatyan is a keen piano player, and attends the 24th gymnasium school in Kaluga, the site of a hilarious years long feud between parents and bureaucrats over the optimal mix of trees and parking spaces.

Ignatyan has appeared on The Voice Kids Russia, and she is active on social media, and at almost 16,000 followers on Instagram, has one of the larger followings of the Junior Eurovision performers.

“Colour of your dreams” is about filling the world with joy, tying into this year’s theme of “Share the Joy” quite nicely.

“My song is about the dreams that fill our lives with love, joy and happiness,” Ignatyan told junioreurovision.tv. “Dreams of becoming someone, doing something, making a difference. I believe the world is a white canvas and we are the ones who paint it with the colours of our dreams. It’s all in our hands: if we can dream it – we can do it!”

A good omen for Ignatyan – one of the writers of “Colours of your dreams” is Avet Barseghyan, who co-wrote the 2010 winning “Mama.” He cowrote Armenia’s Junior Eurovision 2015 entry “Love,” performed by Michael Varosyan, Armenia’s 2016 entry “Tarber” by Anahit and Mary, and Armenia’s 2017 entry “Boomerang” by Misha. He has also had writing credits for Eurovision alumni such as Artsvik, Aram MP3, and Iveta Mukuchyan.

Taras Demchuk and Margarita Doroshevish round out her writing and production team.

Boris – 8.5 – “Armenia is the most consistent country in JESC and this entry is a glorious example of their talent: Excellent melody, singing and aesthetic choices that are bound to stand out? I’m SOLD. Only this ‘low’ (5th) on my ranking because it doesn’t have the same magic as my top four.”

Connor – 6 – “Oi another country with a drastic change from last year. “Colors of your Dreams” is interesting and fun because it has that innate Armenian sound to it, but then it also has this really complex electro pop element to it as well. And they really found a way to meld the two together for a well-crafted song. I’m not too fond of the English chorus if I’m being honest, I like it better in Armenian. Overall it’s a fine song and should do well, I guess I’m just not super attached to it compared to others?”

Daniel – 8 – “A fun up-tempo song to contrast the ballad heavy year. The staging concept seems already flushed out in a way that I feel is extremely strong. I see a lot of potential for this song and adds a necessary element of fun.”

James – 8.5 – “A silly anecdote, but I regularly drive the CA-23 freeway through Moorpark, California, and this week the freeway was stained for a quarter mile stretch with a vibrant pink fire retardant to combat the raging fires that went on in Ventura County this week, and the pink hue and that it stretched across freeway to walls reminded me of the life affirming and celebratory sentiment of this song. Ventura County Fire colored the CA-23 to save many lives, Ignatyan wants to fill the world with color to spread happiness and joy. The Armenian instrumentation and electro-pop was also tastefully blended here, unusual for a JESC country that rarely trucks in subtlety. God bless the brave men and women of Ventura County Fire Department, and God bless Karina Ignatyan.”

Melanie – 7 – “For a long time, I was convinced that Karina could win it all. The song is very catchy and is a cool mix of a ethnic and modern song. The staging in the national final is ready for the big stage in Poland. But I have the feeling that some other songs are stronger and would appeal more to the younger audience. Nevertheless a great entry for Armenia.”

Roy – 7 – “Let’s start off with a moment of appreciate how good Karina’s voice is. No for real, let’s just take a moment. (…) Done? Okay, let’s review the song as a whole now. Honestly, without Karina this song would definitely not be high at all. If you can deliver such an incredible performance in a country where the live shows aren’t typically the best in sound quality, then you rock the show! The song itself is decent, but it is also a bit lacklustre for my liking. It just sounds like a song that would end up in the middle of the pack in Junior Eurovision. The small ethnic sounds make it a tad more interesting, but it still doesn’t steal the show. Karina is a perfect 10, but the entirety is “just” a 7.”

Sean – 8 – “A good blend of ethnic elements with pop and Karina exudes the natural charisma needed to make a song like this feel authentic. Armenia use the language split very effectively for this song and it’s catchy and enjoyable. One of the better Junior Eurovision efforts in recent years for me!”

Stefan – 6 – “Well they are staying on the track of sending aggressive pop songs that can have eyepopping performances. Karina knows to sing, no doubts there. TBH it is a bit too much for me. My guess it will rock the online voting, but most likely flop with the jury.”

“Colours of your dreams” comes in with a total of 59 points, averaging a strong 7.375. Of note, a couple editors who had harsh criticisms for Armenia’s 2018 entry had positive views for Armenia’s 2019 entry, and based on YouTube views for the official video for “Colours of your dreams”, a strong finish should be expected for the much improved 2019 entry. It is not unreasonable to believe that Armenia may top their 9th placed finish in 2018.

Two countries in, here are our current rankings in editor scores:

What do #YOU think of Armenia’s entry? Another Top Three or a repeat of L.E.V.O.N.? Let us know in the comments, on social media, or on our forum.