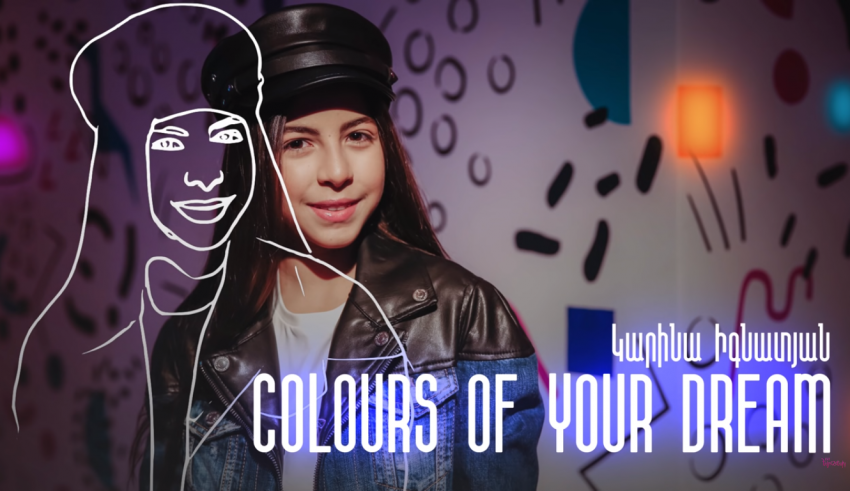 Karina Ignatyan will paint Gliwice-Silesia the color of your dreams on November 24, 2019, as she earned the right to represent Armenia at Junior Eurovision 2019 by eking out a victory over 2nd placed Vardan Margaryan at this evening’s Depi Mankakan Evratesil.

With “Colours of your Dream,” written by Junior Eurovision 2011 host Avet Barseghyan, Taras Demchuk, and Margarita Doroshevich, Ignatyan will become the 13th artist to represent the Caucasus mountain nation at Junior Eurovision. Her selection is a clear sign that Armenia wants to get back on track after the relative disappointment of L.E.V.O.N.’s 9th placed finish in 2018 (Armenia’s lowest ever finish despite still being in the top half).

Ignatyan was one of the ten artists named on September 3, 2019 as finalists for Depi Mankakan Evratesil, the Armenian national final for Junior Eurovision held earlier today.

“Colours of Your Dream,” however, did not win the jury vote, and had to rely on the televote to take Ignatyan over the finish line. Vardan Margaryan’s “La La La” beat Ignatyan by 1 point in jury votes, but Ignatyan got 4 points more in the televote with her margin of victory being 138 points to 135 points. Though Margaryan’s “La La La” was a fun number that exhibited a lot of traits of winning songs, it was probably the blending of modern hip hop and traditional Armenian instrumentation that got Ignatyan the win and a more likely shot at victory in Poland.

Rosa Eloyan came in third with a wonderful epic ballad named “Im Qaghaq,” whose only fault was that the composition seemed more suited to the adult version of the contest. Here’s hoping we see Eloyan try again in the future. The Voice Kids Russia alumnus Robert Bagratyan came in 4th with “Captain Friendship.”

The final results were as follows (songs embedded in title):

Ignatyan will have a lot to live up to as Armenia have, like their neighbors Georgia, been one of the stronger contenders for the Junior Eurovision crown since their debut in 2007. Vladamir Arzumanyan won Junior Eurovision 2010 with “Mama,” and have come in 2nd four times and third two times, meaning more than 50% of their entries have landed in the Top Three.

What do #YOU think of Armenia’s entry? Another Top Three or a repeat of L.E.V.O.N.? Let us know in the comments, on social media, or on our forum.