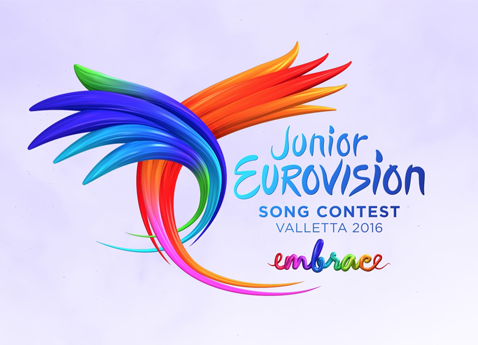 Yes Yes Yes ladies and gentlemen, today is the day! The 2016 Junior Eurovision Song Contest coming to you live from Valletta TODAY!

e have 17 countries taking part in today’s contest all hoping to take home this trophy! But which country will be the 14th winner of the Junior Eurovision Song Contest? Who will follow in the footsteps of Destiny Chukunyere, Gaia Cauchi, Maria Isabel etc.?

This year there will be a completely different show compared to previous years. There will be no televoting, just 100% jury. The jury will be split into 3: Kids Jury, Judging Panel, and National Jury.

The contest, as you may have realised, will be on a Sunday as opposed to the Saturday night we have been used to since 2003. The arena will be a lot smaller. And the age range of the participants has changed. One more thing that has changed is the way the votes are announced, they will be using the same format as the 2016 Eurovision Song Contest meaning Destiny Chukunyere’s record breaking score in Sofia last year of 185 will likely be beaten.

So who will take home this trophy? it is almost impossible to predict this year, due to teh fact that we have never used this voting format before in JESC and there seems to be no clear favourite(s) like previous years. Macedonia and Russia seem to be the general fan favourites prior to the rehearsals, but with opinions changing and people in the press centre having a wide range of views, I wouldn’t be booking your flights for next November just yet, because we could be anywhere from Ireland to Armenia.

What should we expect from today’s show? Well.. very similar to the 2015 show.. We will have similar faces, Destiny Chukunyere (who won in 2015) and Poli Genova (2015 host) will both be performing in the interval act.

More familiar faces will be in Valletta in the form of Jedward (Ireland ESC 2011 & 2012) , and everybody’s favourite Swede, Christer Bjorkman. Ben Camille and Valerie Vella will host the show. And a number of previous JESC participants will be announcing the votes, such as Gaia Cauchi (JESC Malta winner 2014) and Mikhail Smirnov (Russia JESC 2015) among others.

The show will begin at 16:00CET and can be watched on JuniorEurovision.tv.