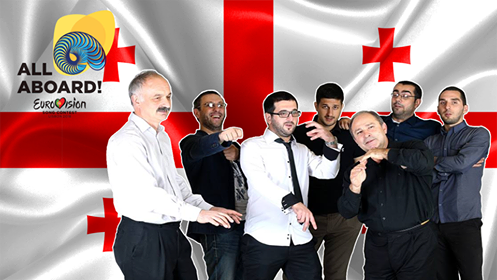 As we’re all about to enter a new year, then there was still time left for 1 more big news. With few hours left of 2017, the Georgian national broadcaster (GBP) announced who will be flying the Georgian flag in Lisbon.

The band claims to be a ethno-jazz band, which creates and combine jazz music with Georgian ethno folk music, and as they claim themselves to be a rather outstanding mix. If we are to believe what they claim, then we can surely look forward to what they will come up with for the contest in Lisbon.

The band was founded in Tbilisi, Georgia, with the name “IRIAO” coming from a common Georgian phase “Iriao-uruao“, which is of a famous Georgian jodling singing style called “Krimanchuli“.

The leader of the band, Davit Malazonia, is also considered to be one of the first Georgian composers to combine these 2 styles. Davit Malazonia has in his career composed for numerous theater pieces and films in both Georgia and Germany in the past 30 years. With all this success, Davit came to the decision of starting the band, and the band made it’s debut back in June 2013, and has been active since.

Knowing all of this, then we’re sure up for something unique when the contest takes place in May, here you can listen to one of their recent performance of their song “Chemi Sikvaruli“.

This will not be their Eurovision entry, their song will be revealed at a later point. How the song will be chosen is still unknown, and seeing how Georgia has been selecting their songs in the past, then it’s most likely we’ll either see a internal selected song, or a mini final with around 3 to 5 songs, that the public can vote for.

When the song will be revealed is also unknown, so more details will follow at a later point.

In case you’ve also payed attention, then there is 7 members in the band as well, this means that one of the members will have to sit out on performing on the big stage, since EBU rules only allow 6 performers on stage.

The only question now is, are #YOU looking forward to see what Georgia and IRIAO has in store for us, as always let us know! 🙂