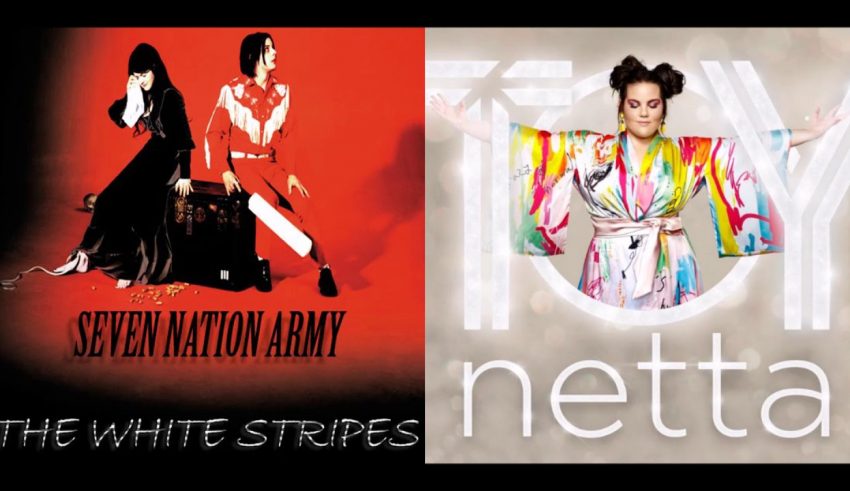 The lead singer of the White Stripes is now receiving royalties aka money from “Toy”, the winning song of the Eurovision Song Contest 2018.

Nov Reuveny, the Cultural and Entertainment Correspondent of KAN, confirmed that Jack White is going to receive royalties for the song “Toy” which was written for Netta, who ultimately won the competition this past May in Lisbon, Portugal.  Universal Music Studios previously sent a pre-suit notice to the two songwriters Stav Beger & Doron Medalie,  alleging that the two writers copied from the White Stripes song “Seven Nation Army”, released in 2003.

Many have observed that the two songs have a similar baseline which is not uncommon and the case with many other pairs of songs. However,  Universal’s attorneys alleged that similarities in rhythm and harmony constitute copyright infringement.

The royalties will be shared with Jack White as per the agreement, putting the dispute to rest. This also will open up the possibility to make the song “Toy” available in more countries, according to the Times of Israel.

Exclusive: Jack White, the lead singer and guitarist of “White Stripes”, is now getting royalties for the @Eurovision wining song Toy, following accusations that the writers copied a part of it from his hit Seven Nation Army.@kann_news #Toy @whitestripesnet pic.twitter.com/TVsm3f3lKm