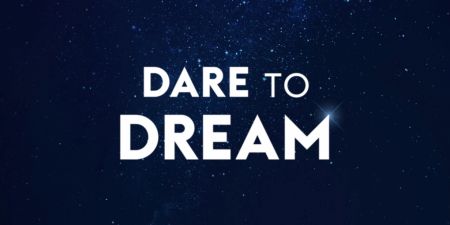 As of today, we are officially 100 days away from the Grand Final for the 64th edition of the contest, and in order to celebrate, the official Eurovision channel has issued a call to celebrate the occasion. The contest has been hosted by 26 different countries in it’s long history, and will be returning to Israel for the 3rd time in May, 20 years after Dana International won and brought the contest to Jerusalem in 1999.

The team here at ESCUnited are from all across the world, and we each have a unique memory of the contest that we cherish.

James – “Lordi winning in 2006 with “Hard Rock Hallelujah,” was my favorite memory, as it proved any genre could win. Maybe it is just my imagination or perspective, but I think it has injected a lot of fun into the competition for the years after it won. This was the winner that made me realize Eurovision is as much a party as it is a contest.”

Stefan – “My favorite memory was seeing my country (Serbia) win the contest in our first year as an independent country back in 2007.”

Robert – “My honest-to-God favourite moment in all of Eurovision was Stockholm, 2016, in the arena watching the grand final results. It all came down to how many televotes Russia got. I knew that they needed over four hundred, so as soon as they said “three” I knew Jamala had won. I just remember my now-fiancé turning to me with tears of joy on his face and flinging himself into my arms, crying with sheer ecstatic happiness. An utterly incredible moment.”

Zachary – “Actually being there to see it in person, specifically the reveal of the finalists from the semis. I don’t know how to describe it other than being surreal and over before you even knew it had begun. It never gets old!”

Calvin – “In 2014, I got to attend Eurovision for the first time. At the family final, my first live glimpse of the Eurovision experience, I encountered this woman screaming rapturously about Azerbaijan’s entry. I went up to her to ask if she might be from Azerbaijan, as she really was quite enthusiastic. She turns to me and says ‘No, I’m just really happy to be here.'”

Connor – “I think I have two memories that really stick out to me. When I first started to “cover” Eurovision in the Twitter-sphere, I got a phone call from a friend who thought I had been hacked. She said, “You just started tweeting in Albanian and I was super concerned.” Americans are silly that way. But my favorite memory was the second semi-final in Kyiv actually. Here in Oklahoma, May is tornado season, and so we actually had a massive tornado heading through the area right when the show began. I ended up watching the show on my phone, struggling to find service in the basement of the university and started standing on chairs to get the feed to load. I needed to know who qualified!”

Since we’re all over the world, one has to wonder: How did we each learn about the contest?

Stefan – “I first learned about the contest in 2003, after seeing a promo on TV. We didn’t participate that year, but Every Way That I Can was huge hit that year.”

Connor – “Here’s a fun story. So Back in February 2015 I was minding my own business and listening to some ABBA songs on YouTube, when suddenly the auto-play feature switched to something completely different. I had ended up on Conchita Wurst’s winning performance from Copenhagen and I was CAPTIVATED. Like I was so confused, but literally in awe of everything I was watching. A drag queen, in a beard, giving a show stopping performance for 3 minutes? I couldn’t get enough. I ended up tracking down a live-stream of the 2014 grand final and watched the whole thing until 3 AM. Ever since then I’ve been a die-hard Eurovision fan and I’ve only missed two live shows to date! (Not bad for an American fan 6-8 hours behind Europe I’d say.)”

Robert – “I learned about Eurovision through friends at school talking about it I think. However, I had literally no interest in it whatsoever until 2014/5 when I started dating an American who is a huge fan. He slowly (and very subtly) got me interested in it. And now, I’m a bigger fan than most of the people I know outside of escYOUnited!”

Calvin – “At a weekly school assembly, a pair of students announced that they’d be hosting a screening of the first semifinal in 2011. I was slightly intrigued (and knew I loved ABBA!) so decided to go. I’d love to say that “Čaroban,” my favorite in that semifinal and still to this day my favorite entry ever, sealed the deal, but what really did it was the trashy, kitschy “Boom Boom.” My friends and I kept singing the chorus to it for weeks after, and I was forever hooked.”

Zachary – “I was doing study abroad in London in Spring 2003. I went to G-A-Y to catch Lisa Scott-Lee and Jemini was opening for her and people were so not into it. I sorta understood they were representing the UK at some song contest, but when they finished last, everyone was talking about them scoring nil points. I started learning more about Eurovision then.”

James – “My grandmother was a huge fan of Johnny Logan, so of course I have a sentimental attachment to “Hold Me Now,” his winning entry from 1987 and the first contest I watched.”

What are you looking forward to seeing or experiencing moving into Tel Aviv?

Calvin – “One of my favorite parts of any Eurovision season is the relationship we build with the artists during promotional season as they show us who they are, what their songs mean to them, what they bring to the table beyond their Eurovision songs, and how they perform live. Already this year, I’ve found myself blown away by an acoustic rendition of a national final favorite I didn’t take to in its original version, and I can’t wait to see more things like that as we hear more from the Eurovision class of 2019.”

James – “Planning food and drinks for a Eurovision party and scouring the Instagram pages of representatives for ideas. I’ll have to do a cocktail with Dr. Pepper Zero as it seems Jonida Maliqi is a fan. And if Michael Rice (United Kingdom) makes it, I’ll have to do some sort of fish and chips as an homage to his time working at a chippy near Hartlepool.”

Robert – “Ooo so much! The joy of discovering new songs and new artists from across Europe and further afield, as well as Serhat’s song reveal! I’m sure we will have some fun drama to get stuck into as well, because, well, it’s Eurovision…”

Zachary – “Getting in the best shape possible so I can sashay around the warm weather in Tel Aviv. Actually, I am looking forward to the whole process, from the national selection shows, to the final revamps of songs, both good and bad.”

Connor – “Each year I find myself becoming really attached to these artists and their entries more and more, and so I think I’m excited to watch these individuals have fun, represent their countries, and start their international careers. I’m also really looking forward to building relationships with the artists over social media as I did with Laura Rizzotto and SuRie last year, it was something that I didn’t expect to happen but it made me feel like I was a part of the fan base despite being 12,000 miles away.”

Stefan – “I am looking forward to the numerous national selections and the songs that we’ll hear. I’m excited for the one’s that will win and the ones that don’t.”

Do you have anything else you’d like to add?

Connor – “Eurovision means something crazy special to me since it reminds me of my recently deceased grandmother. She’s the one who introduced me to the world of music, putting me in church choir at a very age. Everytime I hear a song that gives me the chills, or I’m belting “Euphoria” in the shower, I feel connected to her again. But aside from that, I want to give a huge shoutout to the team and the readers. When I signed on to cover our social media accounts, I had no idea that my life was going to change for ever, and that I was going to be interacting with so many people worldwide on a daily basis. I hope you enjoy the content the team and I produce, and that we can continue to be your favorite Eurovision news site!”

Zach – “My friends don’t get Eurovision, but they can screw off. It means something to me. My parents watched Eurovision 2014 with me and when Conchita won, it opened up an opportunity for my dad and I to talk about my coming out process and who I am as a gay man. Further, he became quite the Conchita fan, texting me when she would drop a new song. No one can take that from me. They can have RuPaul’s drag race; I’ll take the creativity that Eurovision produces any day!”

James – “As the referee says before a boxing match, ‘touch gloves, let’s have a clean fight and may the best country win.”

There you have it, everyone. We here at ESCUnited want to wish #YOU a happy #100DaysToEurovision!

How will #YOU celebrate today? Share your thoughts with us on our forum or join the discussion on our social media!

Editorial: What can Ireland do to regain their dominance in Eurovision?