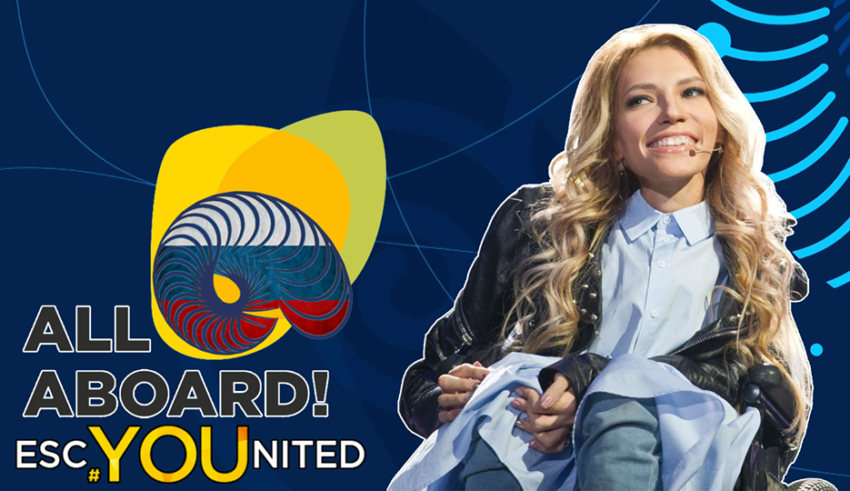 While we are gearing up for a big return, let’s take a look at how #YOU reacted to Estonia’s entry this year…

moop (Forum) – “Utterly boring… snooze fest, can’t keep my eyes open. If I ever suffer from insomnia I’ll be sure to put this one on when in need.”

Soul (Forum) – “As a huge fan of Nightwish and especially Tarja Turunen, I love this entry. It’s very dramatic, somewhat dark and Elina has a fantastic voice to deliver it almost perfectly – almost because I still find it a bit hard to connect to her as a person. I’ve listened to the song about 40 to 50 times already and just don’t get tired of it. Kudos!”

Estonia earn a ‘televote’ score of 61 points. Will this be enough to take the top spot? We shall see below…!

Sean – “Putting aside all remarks on ethics and suitability of this entry, as a song this is a very enjoyable, 90s-nostalgia feel bop! I actually find her thick accent rather charming and the way the choruses build and make way to a catchy finale are great. It took a while for this to grow on me but it’s a decent song unlike the 2017 attempt, so let’s just hope that Yulia et al can put in a decent vocal performance to match it in Lisbon and we can put the past behind us…”

Christian – “I feel sorry this artist. From the bottom of my heart. She is not a bad person or a bad singer. I just wish she was given a song in her native tongue that she was actually able to sing. It seems Russia has been forcing her to go to show their diversity and it is so unfair. I saw her live performance and will choose to only write about the studio recording here as it seems unfair to take that live performance into account. It only made me feel so sad for her. Open your hearts and forget about Russia and live performances and listen without prejudice and know that the lyrics actually have a very strong message here.”

Connor – “It’s really weird because the studio version barely sounds like Yulia, but overall this is much better than “A Flame Burning” from last year. That being said, I’m not sure how well this will go over live, because this song requires a large delivery. As long as the track doesn’t overtake her in Lisbon, then I’m sure Russia and Yulia will be just fine.”

Efe – ” It’s obvious that “I Won’t Break” is way better than “The Flame Is Burning”. I am pretty sure that you’ve all seen the live performance of Yulia in Moscow. For me, this song was always going to be in the final but after those cracks and out of tone notes…. I may easily say that this year; Russia’s diaspora may not be helping her to be there.”

Zack – “So much better than “Flame is Burning” but so much less than what I was expecting for the returning/first-time Eurovision artist. As much as I want to buy into the song as a big moment highlighting Julia’s personal journey through life as well as through Eurovision this year and last, I just find it all a little too calculated for my liking.”

Matt – “It’s the kind of song that I really didn’t care for the first time I listened to it. Now I either have gotten used to it or just don’t care anymore. It doesn’t move me or stir any emotions which is bad as that is what music really is all about, at least for me. Again, it’s just out there, just a shell of a song I’m afraid”

Stefan – ” I didn’t really expect to see her as representative this year, so thumbs for up Channel 1. However, the song is dreadful. It is not the worst one this year, but when I heard her live performance I was shocked as I know she can sing. I guess it’s gonna be like with Demi last year. Yet, I still have doubts if Russia will qualify, and yes it would be a shocker.”

Calvin – “After last year, I wasn’t sure how Russia could take a vocally challenged but interesting performer and produce an uninteresting package, but somehow, it happened. I suppose the song is competently written, but there doesn’t feel like there’s any surprise or creativity here. The production stands out as particularly underdone, especially in the chorus. The live performance is a real trouble spot, too, and reveals the song as a bad match for Yulia, who really struggles through it. One small bright spot is the nice melodic touch on “even in the darkness,” but it feels lost in the live vocal.”

Robert – “Oh Russia, Russia, Russia… Well at least they stuck to their word, but honestly I kinda wished they had not. I struggled to connect with Julia’s voice last year and still do. The studio version of this is fine – it’s clear that they spent more time working on this than they did last year with “Flame is Burning” – but it’s nothing special and nothing we haven’t seen before. I do like the lead into the chorus, but the rest is a blank for me. It would get a 4 from me at this point, but then I heard the live version. I wish I hadn’t as it is atrocious. If this is what we get in Lisbon… Oh boy –watch Europe reach for the mute button! No, this is another serious letdown from Russia.”

David – “Oh lord… excuse me very much, if I’m getting to harsh now, but… I just can’t! I have so many questions, and even if they got answered, I’d probably have even more afterwards. My greatest bother of them all, is why is she singing in English (if that even is English)!? Horrible pronunciation. After what happened last year, I was mostly thinking “Okay, now she can practice her English a lot more”. Since it’s just as bad, then at least in Russian, so I as a person who votes, don’t understand anything. Song is just as bad and boring, very old styled. Even that music video creeps me out. I’m honestly really questioning if she even had a say, at anything at all. I know I’m being very harsh, but like I said, I just can’t.”

Not the best score for Russia but they do earn 42 jury points. We shall see how they fare as a result of this soon! Let’s have a look at our latest scoreboard as we enter the last 10 songs…

Estonia move up to a respectable 9th place finish so far, with not many more acts to come. Where will they finish?

Now it’s up to #YOU! What are your thoughts on the Russian entry for Lisbon? Share your short review of the entry with us on our forum HERE, below in the comments or on social media @escunited and we’ll feature the best reviews here tomorrow. As ever, don’t forget to vote in the poll below!

Tomorrow sees us go east once again, but much much further east, and quite far down. Yes, it’s time for Australia to face the panel!