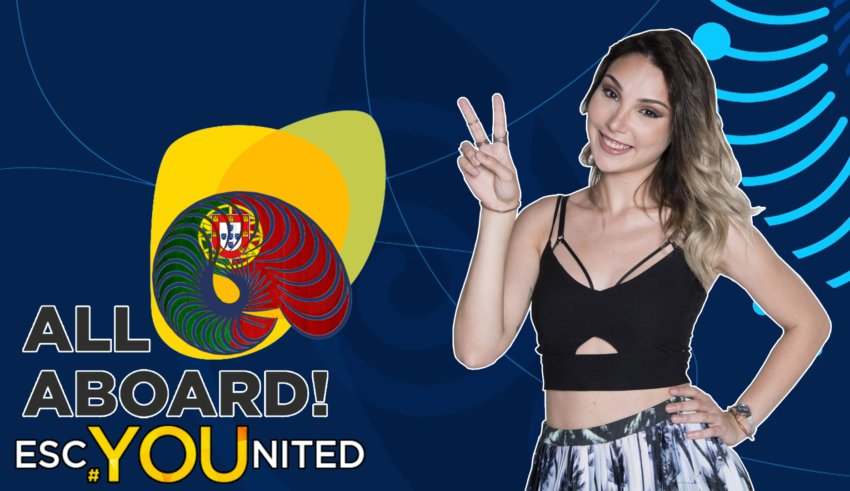 Before moving on to our host country this year, we need to wrap up our reviews of France from yesterday… so, what did #YOU think of the French entry?

BernadetteCydonia (Forum) – “That typical kind of song you could drink coffee too on a bench while watching the sun down into a lake. So autumnish, cool, and the lyrics are alright too if we abided the controversy for once. Actually bonds well with me now. Overall a completely current package in this day and age and pleasant to listen to. Top 10 I guess.”

Tobias R. (Facebook) – “It’s very meh. I don’t even feel strongly enough to have an opinion at all.”

A-lister (Forum) – “One of the best entries this year hands down, together with Italy, France is the other Big 5 country that make something worthy this year, I wouldn’t mind this one winning even. France have had a handful of pretty ok entries since the introduction of the semi system, but this might very well be their strongest yet. The only part that annoys me is the repetitive “Mercy” in the end of the song. I will not go into the message of this song, as I don’t care about such naive propaganda, but the song itself is nice and that is what matters to me.”

France did in fact cause a storm in our poll, easily racking up the most responses so far in this year’s series. The final score for France stands at an astonishing 90 points (almost a perfect score!). Will France take the top spot with this score? We’ll reveal all later…

Sean – “I didn’t expect Portugal to top last year at all, but I honestly adore this with every ounce of my being. She’s adorable, the coalescence of her and Isaura’s vocals is perfect and the emotion of the song is palpable. It reminds me of something the xx would produce which is a fantastic quality to have. I could see Portugal being a dark horse for the double, and I’d be behind them all the way!”

Zack – “Simple yet compelling. Haunting yet touching. I was certain that Portugal was going to go back to its old tricks a la Austria 2015 and select a horrible song to represent it as host country. They have proved me wrong. I can look past the mumble singing at times because I feel it adds to the mood of the song, presenting Claudia as fragile as she sings about loss.”

Connor – “I absolutely love Portugal’s entry this year, and Claudia’s song. It’s another one of those songs that you just sit back and experience, instead of watching this massive flashy show take place on stage. I think Portugal honestly could easily sneak into the top 3 if the juries fall in love with her voice as much as I have.”

Calvin – “The lyrics to this song tell a very poignant story, and Claudia Pascoal interprets it beautifully. She has a very interesting, soft voice which works especially well with the section of the song taking cues from electronica. The portion of the song which takes the soft, but upbeat production and pairs it with the sadness in Claudia’s voice, therefore, is a standout part of the entry. My one criticism is what happens to the song after the louder drum enters; it brings the song dangerously close to basic. Still a strong effort from Portugal”

Stefan – “They are keeping with “Music is not fireworks.” and I love it. It’s simple, it’s magical it has a soul and it is gonna be a more than decent representative on home ground. There isn’t much more to say about it, except to wait for May 12th and just enjoy the 8th performance of the night.”

Efe – “I AM IN LOVE! God, I listen to “O Jardim” every day and night! Alongside the fact that song has a beautiful emotional chemistry, it also grabs the whole attention of a person. This year Portugal is the host country and I really hope that they will make the top 10!

Matt – “A very quiet song, Portugal has picked another interesting act. It’s difficult not to compare it to last year’s masterpiece. It’s good, I was hoping for a more sophisticated arrangement and it falls flat in that department. Right now the song feels to short, once they add more music, it has the potential of climbing in my ranking.”

Robert – “Solo singer on stage with a heartfelt personal song – sounds familiar, doesn’t it? Claudia is no Salvador, that’s for sure, but it’s a sweet entry from our hosts this year. The problem is that it takes a few listens to really get into it and it only really comes alive once the backing singer joins in. The two work nicely together to give the song a new dimension. Overall, it’s an enjoyable listen, but I fear it will get a little lost in the final.”

Christian – “A sweet modern ballad. Portugal has been robbed so badly for years and years. There is one good thing about her Dolly Style hair. Finally a song that does not have the Swedenvision sound. Why the second vocalist all of a sudden needs to sing a line in the middle is a mystery to me. The words seems to be very touching to the artist herself. It did not come across to me as very touching. It seems like a song that still needs to be revamped. As a vocalist she does deliver. There is just something about the verse and chorus parts that does seem incomplete.”

David – “This song reminds me a lot of what Portugal went with last year, and as we all saw last year, it worked. Going with some deep and emotional tones, and of course with a very talented singer, who adds into the emotional bit herself. However, just like last year, it has barely any influence on me. Claudia is a great singer, but the song it just so bland to me, and I’m simply not feeling anything towards the song. Plus it’s in Portuguese, so I barely know what the song is even all about. Since I am comparing it with last years song, then yes, “Amar Pelos Dois” didn’t have any influence on me either, and still doesn’t have.”

So Portugal earn a very strong 70 points from our jury. Let’s see how this sets them up for tomorrow’s score…

France move into a joint first place with Macedonia but have the higher televoting score! Will anyone knockthem off the top?

Now it is up to #YOU how Portugal performs in our “Expert” Panel poll! Share your thoughts on the entry below, on social media @escunited and on our forum HERE, and don’t forget to vote in the poll below!

Tomorrow we move on to Moldova and DoReDos! Are we feeling up to the party that they want to bring us this year?