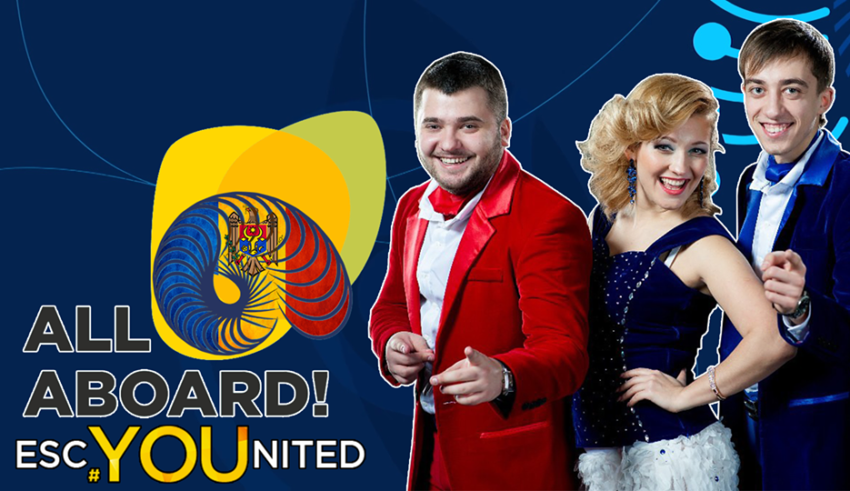 Ahead of moving on to Moldova, it’s time to wrap up Portugal’s score. What did #YOU, our lovely readers, think of the song?

Jonah W. (Facebook) – “There’s a good chance this could end up in the top 10 again. It has a modern tone but it doesn’t overpower the song. I loved Cláudia Pascoal’s voice from the minute I heard it. It was quite evident that Portugal didn’t sleep this year when it came to picking their entry to represent them on home turf.”

Bibha (Forum) – “Definitely the best song Portugal has sent this decade and miles better than the dull entry they sent last year. It has its touch of modernity while showcasing their tradition and a really stirring performer in the form of Cláudia. Will it do as well as the dullness of last year? Probably not cause it’s the host entry and Cláudia doesn’t seem to be having seizures on stage.”

lolita (Forum) – “For two years in a row, Portugal surprises us with another masterpiece. I think I like it even more than Salvador’s song, it is so beautiful, emotional, magical, one of my favorites this year.”

Portugal earn a very respectable score of 74 points from the televote, and as usual we will see where this leaves them in the table later on.

Next up on our “Expert” Panel’s radar is Moldova. Fresh off of a third-place finish in Kyiv, can DoReDos keep up the good work? Here’s what we thought…

Calvin – “I love this one to pieces. The horns are used expertly in the production, bringing an almost vaudevillian element to the song. The performers bring a ton of energy to the piece, too, which really comes alive in the live performance. The melody is a little haunting, a little cheeky, and builds perfectly throughout the song. By the time the song hits the chorus, it’s fully gotten me with its charm. I wish that the song had a bit more time at the end to come to a more natural conclusion. It’s my one nitpick in an excellent entry.”

Christian – “They seem to be on a happy vibe after their placing last year. If the weather leaves a lot left to be desired in Portugal then we have a lot of sunshine when Moldova performs. No blood or death here, just pure dance and fun. They bring a good party and positive feeling to us. Had it been UK sending this performed by Bucks Fizz… oh well, just me dreaming of another UK win.”

Robert – “Moldova has come up with quite the entry this year! What a daft entry that has an infectious charm to it. It has a jolly, happy upbeat feel around it and whilst it is hardly a musical masterpiece, it brings a big grin to my face and that’s pretty much just as good. It doesn’t stop giving for the full three minutes and it is a pleasure to listen to! The chorus is of course the highlight – with huge helpings of Eurovision cheese. I’m glad we still get songs like this in 2018.”

Matt – “This is something that Moldova could have sent in 2009 or even 2005, it feels outdated just a tad. That being said, I have a soft spot for this one, I mean I usually don’t get to listen to this style so to my American ear, this is so foreign but in a good way. The singers are very likeable and can definitely sing so with the right staging, this could do better than a lot of people may think.”

Sean – “Oh, if only they had kept the original version of this as it was so much better and upbeat! I understand that they have tried to make it more ethnic and personal to Moldova now but it has lost some of its punch in the process. Regardless, it’s still a decent party number which won’t offend in Lisbon. Do I see it in the Saturday final? The performance will have to be near perfection to stand a good chance, personally. At least Euroclub will bounce to this one!”

Connor – “Oof, this song is not an easy listen for me. This song is a fun play on chord building and harmonies, but it’s really not working for me. Which is so weird because I enjoy DoReDo’s other songs a lot! Basically I’m not sure that Moldova will be returning to the final this year, which is a true shame coming off last year.”

David – “I’m quite unsure about this one, but if I have to explain it in short, then it’s national music that has been done wrong. The sound contains traditional Moldovan music, but I guess Kirkorov just couldn’t mind his own business for once. To be exact, this is very traditional Moldovan music (the region, not only Moldova), but in a modern pop fashion. Because of that, I’m normally used to this style of music. Again, it feels like something went wrong. Lyrics are ridiculous by the way, they are not exactly catchy. I suppose my Romanian spirit expected something more out of this.”

Zack – “More of the same from Moldova that helps to keep its Eurovision identity for quirky, fun, upbeat pop music that’s okay with not taking itself too seriously.  This is where the compliments end. The song, although catchy, I find annoying and a definite let-down from last year’s entry. Staging could definitely help it.”

Efe – “One word: Disappointment. I don’t know what DoReDos were thinking about it but this song is obviously a sub-standard of Hey Mamma. I am sorry but I really don’t like this song. Byeeeeee!”

Stefan – “It’s just too much. Sometimes folk songs are good for Eurovision, but this is just too much. I barely managed to listen the whole thing. It is really disappointment to have this song after Hey Mama and a third place since this is gonna be stuck on the bottom of SF 2. I’m kinda expecting to see a bangers performance, but even that won’t help them.”

Moldova come away with a score of 57 points from our jury. Can they build from this in our ‘televote’?

Let’s take a look at the current standings…

Portugal’s decent standing with both sets of voters has moved them into third place, just pipping Finland. France and Macedonia still share the top spot, but will anyone knock them off?

Now it’s over to #YOU once more. Make sure to vote in our poll below and also leave us some reviews on social media @escunited, below in the comments and on our forum HERE. We’ll post the best ones tomorrow.

Next up from Moldova we go to their nearest and dearest neighbours, Romania. What did we make of The Humans’ entry for Lisbon?