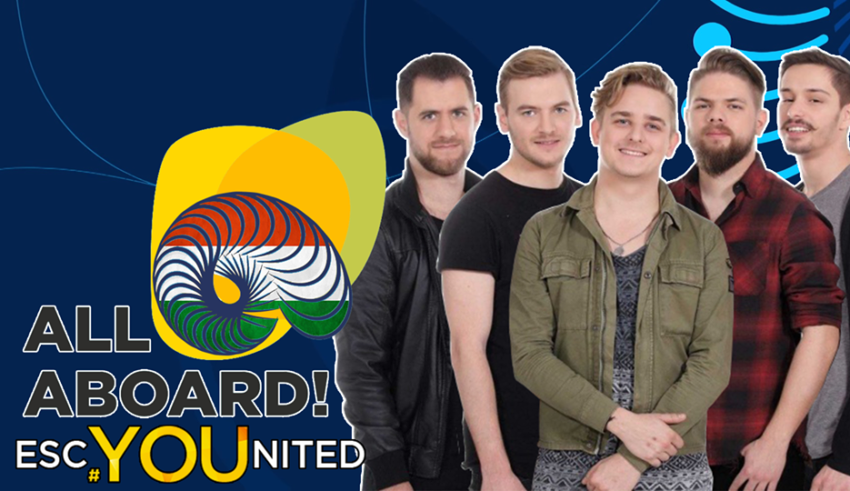 It’s almost time to rock, but we need to rewind 24 hours to the song of the Netherlands and see what #YOU thought of Waylon’s song! Here we go with some reviews…

JamTomorrow (Forum) – “This is a definite top 5 contender for me, it might be a bit too niche to win but it’s easily one of the best songs in the contest.”

Boog B. (Facebook) – “I’m a fan of this genre so I’m afraid I’m hypercritical. I find this way way overproduced, lyrically naive and Waylon’s delivery betraying the fact he is, for all intents and purposes… a glorified Elvis impersonator. I look forward to hearing him sing an Elvis song at Eurovillage ;). Honestly .. that’s the best I can hope for. As for qualifying… it’s very much an Easterhouse situation… mebbes aye, mebbes naw”

Gea L. (Facebook) – “I’m Dutch but don’t like our entry at all. His fake American accent annoys me tbh. And it’s a boring song”

mauve (Forum) – “This song is just powerful, amazing, outstanding! And this statement comes from someone who actually doesn’t like country music in general. But this song has more rocking elements than an usual country song. A big part – of course – is played Waylon who just gives you this impression of how much he enjoys to perform this song. It reminds me of the good rock bands of the 80’s like Aerosmith. Wonderful!”

Waylon and the Netherlands actually performed rather well with the public, being awarded a big ‘televote’ score of 72 points! Will this be enough to reach the top of the scoreboard? We shall see, but for those about to rock, we salute #YOU…

Christian – “Bringing rock to the table and it will probably be this years big toilet break but that would so unfair! There are no cartoons here or clowns or semi naked ladies to cash in votes, and please stay and listen without prejudice because this is a great track. I love that there is such variety and YES this is warmly welcome. I am still not familiar with the lyrics but this is will probably change.”

David – “Hungarian psycho rock, something I never would have expected I’d to listen to, yet here we are, and it’s so freaking awesome! Granted, I was wondering in the start, what the heck is this. However, I gave it a chance and it was totally worth it. It’s fresh, and it’s not completely nuts, it has a great build up, so we don’t have some dude screaming straight away, and this song is one of the reason why I love this show, cause it’s just one of those songs that’s so different, that it captures my attention.”

Robert – “There is, for me at least, a very fine line between rock music and simply noise. Getting right on this line is one heck of an achievement and that is exactly where AWS find themselves. I have no idea how the singers manage to talk again after performing the song given the way they annihilate their throats in the singing! The instrumental pauses work exceptionally well at focusing our attention on the singers, although I will concede that the overall package is a little disjointed at times, but maybe that’s part of the charm?”

Zack – “Love this song. Genuine emotion wrapped around in a three-minute song. The build-up to the final chorus is powerful and hopefully, Eurovision viewers will get it. Nu-metal at Eurovision is a risk, but one well presented by Hungary.”

Matt – “This Eurovision is doing such a great job stoking emotions. Hungary is sending something angry! The style itself lends itself to be a great tool to deliver that kinda feeling but it’s way more layered than that. Germany talks about a loss in a sad and melancholic fashion, while Hungary is using this outlet to express their anger. Very well done, Hungary….I’m feeling it.”

Sean – “Truly a special, one of a kind entry for Eurovision. This isn’t a breath of fresh air, this is a gale-force wind of power that the contest needed to blow away its cobwebs! It’s mysterious, atmospheric and packs a real punch, and even though I don’t know Hungarian I can feel every ounce of feeling in this song, which is what rock should be about. In a weaker year this would be a solid top five placing in my ranking, but it is still one of the true gems of Lisbon.”

Connor – “This wasn’t my favorite entry in A Dal, but I didn’t really have a favorite to begin with. I will own my bias, I’m not a rock fan, so this song is not something I fancy. But I have a feeling this song could easily qualify out of it’s semi final, because it’s an amazing song. Just not something I would listen to on repeat.”

Calvin – “I like that Hungary went with a somewhat risky choice of genre. It’s very different to the kind of rock Eurovision often presents. But for me, it just isn’t particularly appealing. Vocalist Örs Siklósi is a highlight of the song, bringing a lot of passion to the vocal. I wish the melody were a bit less conventional or that the instrumentation was rougher: something to give it the same power as the vocal.”

Stefan – “I am so disappointed that this song has won A Dal. I Let You Run Away was my favorite and I think it would blow away the stage in Lisbon. However we got a rock song in Hungarian. For me its just a hell of a lot of screaming that a bunch of people won’t understand.”

Efe – “After listening to this song, I got that I really don’t like the genres of metal or hard rock. I can’t even listen to the song to be honest. It makes me nervous. Sorry guys.”

Mostly appreciate comments for Hungary with some jury members who don’t enjoy it at all, but that’s the beauty of music! Hungary finishes with a jury score of 68 points, a good starting point for any entry! Let’s take a look at our latest scoreboard…

The Netherlands soar to 7th place in the scoreboard, a very good result thus far for Waylon! Can he stay in the top ten, and will anyone challenge Israel?

Now it’s over once again to #YOU to review Hungary. Let us know your thoughts on the rockers from Budakeszi in a short review below, on our forum HERE or on social media @escunited and we will feature the best here tomorrow. In the meantime, don’t forget to vote in our poll!

We leave rock for a while tomorrow, instead moving onto pop and… rap?! Yes, it’s time for San Marino’s “Who We Are”!