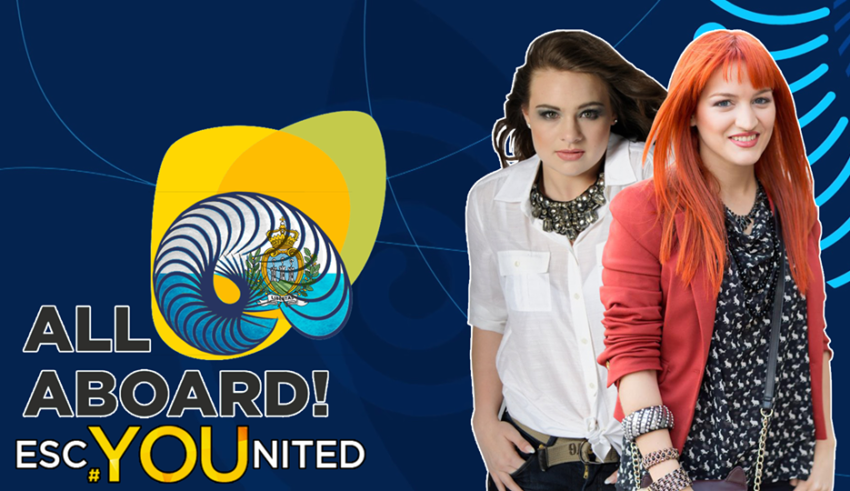 It’s almost time to review the first national selection winner for San Marino, but it’s time to wrap up yesterday’s reviews for Hungary! What did #YOU think?

BernadetteCydonia (Forum) – “This is where the typical “oh but it’s not for Eurovision” argument shatters into billions of pieces of glass. This is loud, passionate, the band knows what they’re doing when performing this and the emotions flow well throughout the song because one can express their loss of a relative through hatred towards something that made one lose the relative too. Well done for bringing the post-hardcore genre with screamos onto Eurovision, Hungary! Keep being diverse for years to come!”

Raymund A. (Facebook) – “I love rock music, but this is not my cup of tea. I don’t like the voices (the grunting), while the music is great.”

Sammy (Forum) – “If you compare this to similar songs from recent years, this is one of the best entries in the genre for quite a time”

Rachel D. (Facebook) – “I am a fan, always like to get a bit of hair flying at Eurovision. I find it frightens some of the die hard popsters! and although Minus One will always be my favourite, this is a good little number.”

A lot of admiration for the song and a respectable return from the televoting gives Hungary another 59 points! Where will the rockers from Hungary end up? We’ll see later. Next up – San Marino!

23. SAN MARINO – Jessika ft. Jenifer Brening – Who We Are

Calvin – “The lyrics are a bit on the trite side, but this song has a ton of heart and charisma, mostly thanks to the performances of Jessika and “Jenny B.” I love the slightly breathy tone Jessika brings to the song; it’s a really interesting touch. The interplay between the two is really fun, too; their dynamic onstage shows it off nicely. To say that Jessika & Jenifer are the highlights isn’t to say that the production isn’t also quite pleasant; it’s uncynical and really catchy. Overall, “Who We Are” is a highly enjoyable listen.”

Christian – “Do I hear Heroes in this track? I like the lyrics and I am sure seeing it live will convince me to like it more. The studio versions sounds so polished and a bit over produced but I am a sucker for power pop and this is definitely power pop in my book! I really do not know what to think about the rap part here but I just have to accept it is there and after a few listen I can even digest that”

Robert – “San Marino had an interesting selection procedure this year which resulted in this oddly conventional and yet conventionally odd entry. It starts off very well with Jessika’s great voice propelling the song, but then it gets totally ruined by the rap break. I’ve never understood why people like ruining songs like this, but it’s a disturbing modern trend! After that, well I’ve kinda lost interest in truth. The ending is just enough to drag it out of the doldrums for me. It’s a really difficult song to score, as I want to give 9/10 for 90% of the song, but 0/10 for the rest… Lose Jenifer, please San Marino!”

Sean – “The lyrics are so formulaic and played out that it’s almost laughable, the rap is a bit tacked on and I don’t get the point in the robots in the performance, but I can’t actually find much else to be negative about here. The production values are surprisingly good, the song is actually a bit of a power bop and it has that unique, underdog San Marino charm coursing through it. Plus, I’m made up for Jessika to finally get her moment. I’m calling this a success!”

Stefan – “It’s kinda my guilty pleasure. Plus Jessika was my favorite couple of times at Maltese NF. I don’t know what to say about the rap parts. I think it will all depend on their live performance. But it is San Marino, so you don’t know what to expect. Thumbs up for organizing a NF.”

Zack – “”We are the heroes of our time!!” Wait…wrong song… Maybe the chorus and the pre-chorus (“We are who we are…”) provide some soft spots for me to liking the song, but it is immediately bogged down by that rap mid-section and the messy finale.  A definite let-down after how much build-up and anticipation the national final had. I hope San Marino gives it another go next year to show that micro-states can exist at Eurovision.”

Connor – “I’m a bit let down by the 1in360 selection, because this song needs a lot a work, but it’s better than last year’s entry for sure. While they might not come last in their semi-final again, I don’t think they will be qualifying. Hopefully in the next few years we’ll see San Marino come back though.”

Matt – “I will give San Marino an A for Effort. Putting together an elaborate National Final was an interesting project. That being said, in the end they ended up choosing something…..less than remarkable. Melodically it’s something that Ralph Siegel could have written and the rap part, that’s a dealbreaker. I desperately want to support San Marino but I just can’t embrace this one.”

Efe – “I certainly did not understand what they were trying to do in the national final 1in360. Robots? Jennifer’s desperate effort of appearing at the stage? Also I strongly think that “Who We Are” has no meaning except being an inspirational wannabe song.”

David – “I honestly don’t know what I’m listening to, the song start like any other song, so far, so good. However, really fast, I start questioning the song and how it was made. Cause then it feels like we have multiple different songs mashed together, especially with the rapping, why is that part even there?! Some sort of harmony is really lacking here, I’m just really struggling to be positive here…”

It’s a mixed response from our jury and San Marino get 47 points. Will the ‘televote’ save them tomorrow? Let’s take a look at our latest standings…

Hungary sneak into the top ten after gaining an extra ‘televote’ point compared to Romania. San Marino’s start isn’t great, but who knows what could happen tomorrow? I’m sure #YOU do! What do #YOU think of the song? Share your short review of the song below, on our forum HERE or on social media @escunited and we’ll share the best views tomorrow! Make sure to vote in the poll below too to help decide the Sanmarinese result!

Tomorrow we welcome back a familiar face to Eurovision, but does Norway’s Alexander Rybak still know how to write a song?