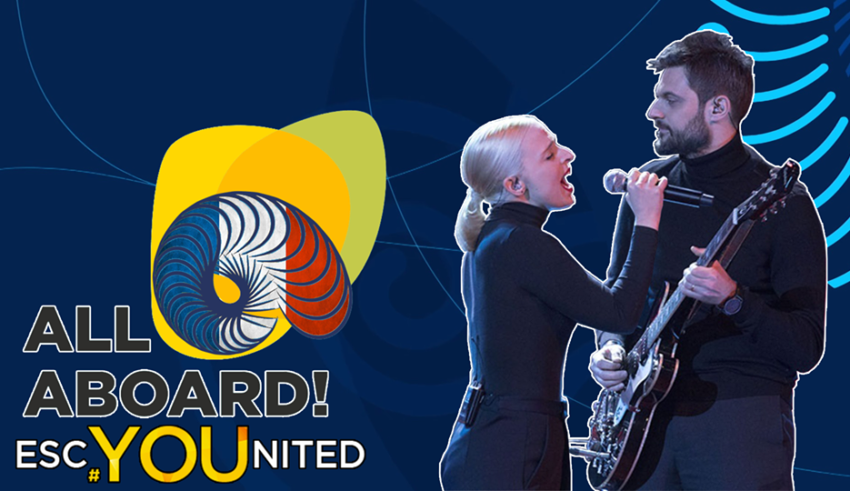 Next up will be another big 5 nation, and one of the fan favourites this year in France, but it’s time to wrap it up with Switzerland. How did #YOU react to “Stones”?

KingDriverFC (Forum) – “My favourite Swiss entry since 2014. It’s a good song, with a nice message. The lyrics are good, but I fear its chances due to it being in the first semi-final. But I think if it’s near the end of the running order, it stands a decent chance.”

Franzilein (Forum) – “Feel like this is so criminally underrated. I’ll riot if it doesn’t qualify for the final”

RainyWoods (Forum) – “The revamped version of this is great. I’m unsure if they plan to keep those pauses at the beginning for the live performance at ESC, but it works amazingly well in the music video. Switzerland is gonna fight hard for a place in the final this year.”

So some positive vibes coming the way of Zibbz this year, and this is reflected in the televoting score of 64 points! We will see where Switzerland end up later…

Christian – “Mon dieu. France is taking the contest seriously once again. With easy words for the duo name and the song title and a very infectious song that is simple yet effective I am sure that France will get its best placing for many years. Thank you for making it an entire song in French. Could Alma have had a better placing last year if she had stuck to the original all-French version? Sometimes the dual language songs do not get stronger even though it worked for Amir.”

Connor – “I’ve been a fan of Madame Monsieur since just before Destination Eurovision, and I’m really in love with “Mercy.” It’s not the typical song you’d hear in Eurovision, and it’s a song that could really surprise people in Lisbon. I think this is France’s best entry in a while, and it’s because they broke the highly French identified sound in their entry.”

Zack – “Somewhat muted, but a true standout from the French national selection, which is incredible given how strong the selection was! A very strong chorus. I cannot say how much this will stand out on Saturday’s show, but I expect another good showing from France.”

David – “The dreadful years of France are over, something has happened and once again we can see that France is a serious contender now. I’m not claiming this is “the” winning song, but just that France once again has caught my attention. I’m feeling the atmosphere of the song, I feel the message, and I don’t think I can count how many times I’ve been thinking of the word “thanks”, rather than the title as a name of a person. Despite I so deeply enjoy this song, the only thing I can say is, that I’m more into dance songs and that the constant repeat of “Mercy” at the end, is maybe a bit too much, but just a bit.”

Matt – “The song has a wonderful and important message, everyone should read up on it, if you haven’t done so already. I totally get why people would love this one. Melodically the click isn’t there for me, I tend to drift off when this comes on but it is by no means a bad song. While it may not be for me, I recognize that this is a decent effort from France which will hopefully be rewarded with a good amount of points.”

Robert – “France has had a stellar couple of years and this entry – if the fan reaction is anything to go by – seems likely to continue that run. I, however, am not really behind this entry. The minimalist feel behind the song worked for me at first, but I’ve kinda fallen out of love with it. The lyrics are sweet and have a good message, but the verses are basic and there just is not enough happening in the song to keep me excited for the full three minutes. I’m far from hating it, but I would be somewhat let down by a French win in May.”

Sean – “There were certainly much better options in the fantastic French selection, although this is by no means bad. I appreciate the message behind it but there are so many songs like this online if you delve a little deeper that I just can’t get too excited by this entry. Not sure why it’s so favoured, perhaps a lot of Eurovision fans aren’t exposed to this type of music? Very ordinary for me…”

Calvin – “The story in the lyrics to this entry is absolutely beautiful. I’m glad to see a song with such a message at Eurovision this year. But it gets a bit lost in the easy listening production and melody, akin to something you’d hear in a coffeehouse. A bit more variation in the melody or a more stripped-down orchestration without the drum in the background could do wonders for this entry, but as it is, there isn’t a lot to keep me coming back. I also wonder if the duo have it in them as performers to communicate the song’s beautiful message; they seemed quite static in the national final.”

Stefan – “Another song I don’t get why there is so much hype about it. There were at least three better songs at DE. They do have chemistry going on and stage presence, but I feel its gonna be 2014 all over again. Also, a refugee song? Really? Remember Bosnia & Herzegovina 2016?”

France’s Madame Monsieur earn a respectable 63 points then from our jury, with some decent high points and some low points. Let’s take a look at our current standings…

Now it’s up to #YOU to decide France’s final ranking. What are your thoughts on one of the early favourites? Share your reviews of the song below, on social media @escunited and on our forum HERE and the best will be featured tomorrow!

Also, don’t forget to have your say in the poll below! Next up tomorrow will be our host nation for this year, Portugal! Can lighting strike twice for the Iberian nation on home soil? We discuss the possibility tomorrow…