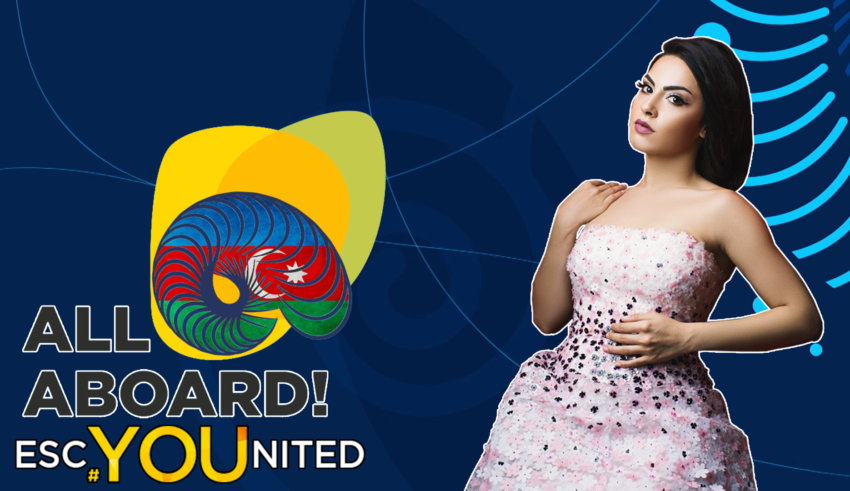 The views and opinions expressed in this article do not represent those of ESC United as a website, the EBU or any officials relating to the Eurovision Song Contest.

It’s day two for the “Expert” Panel! Before we move on to our next entry, it’s only fair we wrap up yesterday’s selection. Spain’s Alfred & Amaia gained 58 points from a possible 100 from the jury, but what did the general public and readers think? Here are a few thoughts below…

ayzelto (Forum) – “As a Spaniard, I find their love story so real and unique, but obviously that is something only people who have watched the show can ‘understand’. Regarding the song, I loved it since the first time I listened to it! 10/10”

Erik B (Facebook) – “I really dislike this entry as the voices don’t blend. He sings off key, the bridge is plain stupid and the melody so boring. Usually I like ballads [but] this just doesn’t do anything positive in my experience.”

hawadharma (Forum) – “As a first impression, I don’t like the song. I find the music arrangement too generic and the vocals too amateur to secure any points from me. However, after 2-3 times of listening, I began to appreciate the heart and soul being put in making this song one of (if not) the most quietly romantic song of this season.”

As we can see the mixed response continued online, and this is confirmed in the televoting score for Spain. Each act will receive up to 100 additional points based on the average of the poll votes over the previous 24 hours. As Spain’s average score was 5.4, this awards them 54 points from the televote! We’ll see how many this gives them overall later.

Next up though is Azerbaijan! Going full on pop in 2018, will Aisel’s “X My Heart” strike a chord with our writers?

Christian – “They go directly for the catchy chorus. It was easy to get irritated at this very enjoyable tune but it has grown to become my guilty pleasure of 2018. I really hate to admit but find it such a pleasure to listen to this ear candy of a pop nugget. It sounds like current pop that Katy Perry easily could have recorded and as much as I love the studio cut I have such fear that the live version will let me down, but that’s another story.”

Matt – “I…..HATE….THE….SONG TITLE!!!! I may sing X instead of cross just to make people mad. Seriously though, this is something I would call predictable and somewhat generic, yet, I can’t help it: I’m actually enjoing it. A perfect sing-along kinda entry that I desperately need this year so I am giving the thumbs up.”

Stefan – “I like it, but there is something missing here. We all know that the stage performance will be full of pyro effects, but I hope she will have a lot of energy and bring Azerbaijan back to top 10.”

Connor – “This song took a few listens to really warm up to, but honestly Azerbaijan knows how to send powerful entries. This song has an amazing flow to it, and Aisel’s team really knew what they were doing with the composition. I really hope that her performance in Lisbon matches the studio version.”

Calvin – “Aisel’s voice is a nice highlight of the entry, with a very distinct and charming pronunciation pattern. But I’m not sure if a guitar-heavy production in the chorus was the right choice; a more dominant synth line, as they have in the very strong pre-chorus, might’ve made it catchier and more fun. As is, the song loses a lot of momentum when the chorus hits. The lyrics are a mixed bag. Some are rather dull, but others, like “luna moon me up,” are delightfully perplexing.”

Efe – “Unlike many other eurofans, I could say that “X My Heart” didn’t let me down that much. Lyrics are meaningful, melody is catchy. I would have liked to hear some ethnic melodies and Azerbaijani language but I am pretty satisfied with the result.”

Sean – “I wish they hadn’t have made the backing track as busy and bassy as they did but it’s a solid pop song that’s infuriatingly catchy, if a little generic. How will it do in May? Probably not all that well, but Azerbaijan have finally got a decent little pop song in their catalogue.”

David – “Azerbaijan are just lost in some sort of limbo since they started placing outside top 10, and it’s noticeable once again this year. Let’s pick a singer and make her sing a pop song, written by songwriters we’ve used before… why!? It’s a decent pop song, but the lyrics seems rather pointless, and Aisel doing her best to lift the song, however I still feel something has gone wrong.”

Robert – “The chorus is very punchy and she is certainly a good singer, but I feel that this entry is a little bit generic for Eurovision – it struggles to stand out from the rest a bit too much for my liking. Having said that, it certainly has the strength to do well. Azerbaijan is one of Eurovision’s most successful countries and this entry is certainly in line to continue that trend. I just have to note that I’ve rarely enjoyed their entries previously and this is also struggling to set my heart aflame alas.”

Quite favourable reviews for Azerbaijan which lands them 64 points from our jury, above Spain’s score of 58 from yesterday. Will the televote push them into the top spot tomorrow? We shall see!

Now it’s time for #YOU to have your say! Is Azerbaijan a great pop entry or a poor effort? Send us your short reviews on social media (@escunited) or on the forum HERE to be featured in Wednesday’s edition! Don’t forget to vote in the poll below to help decide Azerbaijan’s “televoting” score!

Tomorrow we will see where Aisel places with the televote, and we review Cyprus’ entry “Fuego”! Will it set the scoreboard alight?

What do #YOU think of Azerbaijan 2018? Post your reviews HERE or get in touch on social media to be featured in tomorrow’s post.