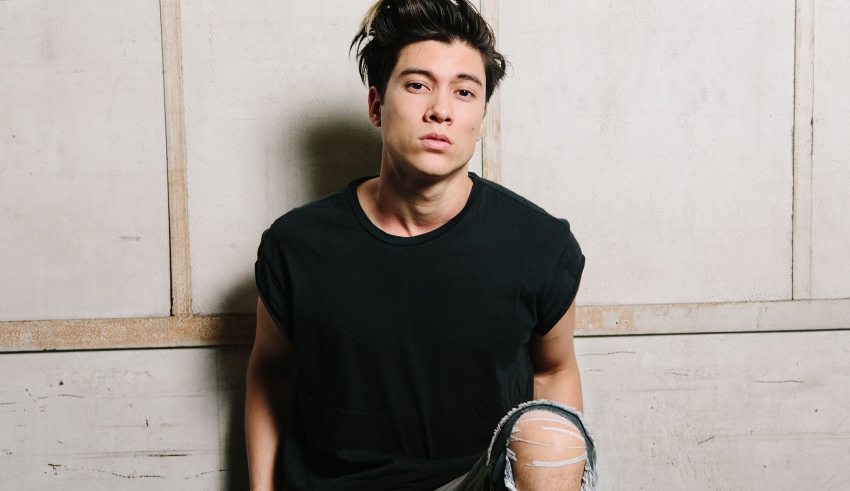 Our second interview with the participants in Switzerland’s Die Entscheidungsshow is with Naeman. He spoke to us about his mixed background and upbringing as well as his tour aspirations and down-to-earth beginnings in music!

My name is Naeman, I’m 23 years old and grew up in a big family with 4 siblings. I’m the 2nd youngest. I was born in the Netherlands, raised in Switzerland, my mother is Dutch with Indonesian blood and my Dad is Swiss/Italian. I have been musical since about 10 years old when I began to play the guitar, and started singing when I was around 12 years old.

The song that you will be presenting for Die Entscheidungsshow is “Kiss Me”. What can you tell us about the song?

The song “Kiss Me” is a flirtatious song between me and a girl but basically says to be really honest with the person you wanna be with and especially to be honest with yourself! Especially in these times, I think we are just too complicated no matter what kind of relationship we are looking for; just make sure you’re honest and don’t play games because nobody likes that, right?

What was the inspiration for the song, and did you write it specifically for Die Entscheidungsshow and Eurovision?

Basically I didn’t write the song lyrics, just a couple lines. But the rest of the beat and the version I did I decided by myself.

Apart from Eurovision I’m dreaming of doing a tour one day with lots of original music by me, or even an album. Just dropped a single so far. Performing all around the world would be a dream but let’s say in Europe would be a dream!

I think, yes, I’m pretty sure the performance at Eurovision can and would have a positive impact on my career!

The best advise that I have ever been given was a proverb from a musical where it said: Dream big, but start small.

The one thing that might surprise people the most about me? Good question, maybe that I;m like “multi-lookin”, so from the Netherlands, Switzerland, Indonesia and Italy.

I grew up musical;y, started singing in church, basically the reason why I started singing was when I saw the movie “High School Musical”. Literally right after seeing that movie I bought the CD of High School Musical and started singing along with the lyrics (I was like 11 years old). Also “Step Up” and the movie “Camp Rock” inspired me a lot to be different than most people here in Switzerland, because it looks impossible to live on music in Switzerland, but these movies showed me nothing is impossible, do your best and like I said; “Dream big but start small”, right? I also sang at birthday parties or little shows with a band I founded when I was 13 years old, but realized by like 18 years I wanted to be by myself as an artist.

We would like to thank Naeman for his time and wish him the best of luck in Die Entscheidungsshow next week!

What do #YOU think of Naeman? Share your thoughts with us on our forum HERE or join the discussion below and on social media!