Home 2017 Swedes to compose the song for Montenegro 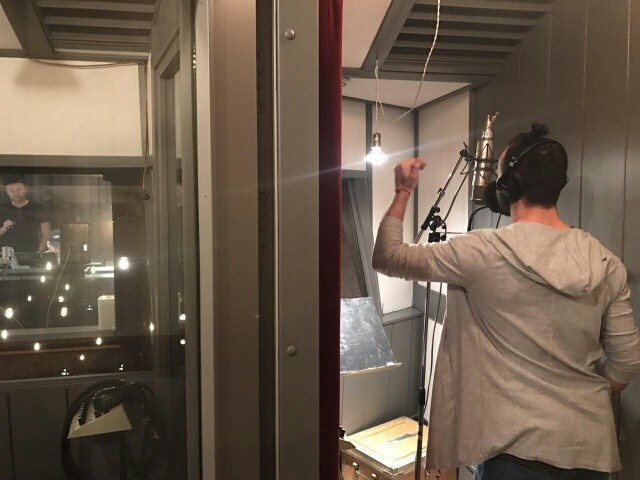 Slavko Kalezić has recorded the song titled ‘Space‘ in the capital of Sweden; Stockholm, earlier this week. The song was composed by Momcilo Zekovic, while Stefan Örn, Jovan Radomir and Johan Kronlund were responsible for production and arrangement.

They are all well known names in Eurovision circles. Stefan Örn was the composer of the Azerbaijani winning entry back in 2011 (Running Scared). Also, his team, including Johan Kronlund, composed the songs Drip Drop, When the Music Dies and Start a Fire. All of these songs were well-recieved at Eurovision. “I am very pleased how everything went, I think that we had a real good fortune to work in the studio with top-notch professionals and everything that was expected from Slavko – was completed” told Momcilo.

“It was a great experience. I am enthusiastic and full of positive energy, not just the fact that we did a great job, but also because our hosts were delighted with the song that we will perform in Kiev this year.” stated Slavko. The song is expected to be announced in early March. The exact date is yet to be decided.

Are #YOU excited for Space? Share your thoughts with us!