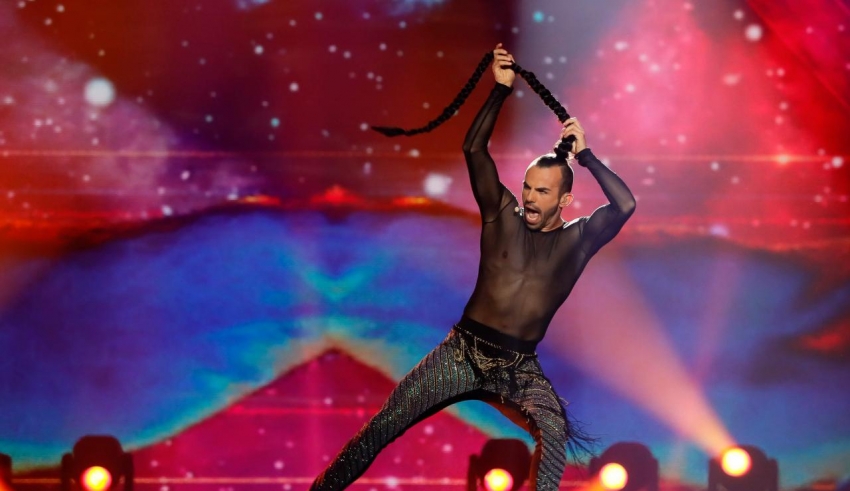 Every year the Eurovision Song Contest throws up some interesting combinations of costumes, designs and clothing that leave some of us wondering what went through the designer’s minds. For this, the Barbara Dex award was born, named after the Belgian singer of the same name who infamously designed her own costume for Eurovision 1993.

Each year the award is voted on by fans and is given to the worst-dressed performers of the year. For 2017, the accolade has been awarded to Montenegro’s eccentric Slavko Kalezić, whose sheer top, blue skirt and sparkly trousers more than raised a few eyebrows. Second place went to Latvia’s Triana Park’s eccentric zip garbs and third place to Czech Republic’s Martina Bárta for her golden foil outfit. The award was presented by songfestival.be, a Belgian Eurovision website. Last year’s winner of the award was Croatia’s Nina Kraljić.

Did #YOU expect Montenegro to win Barbara Dex? Did another outfit deserve it more? Share what you think with us on social media and the forum!