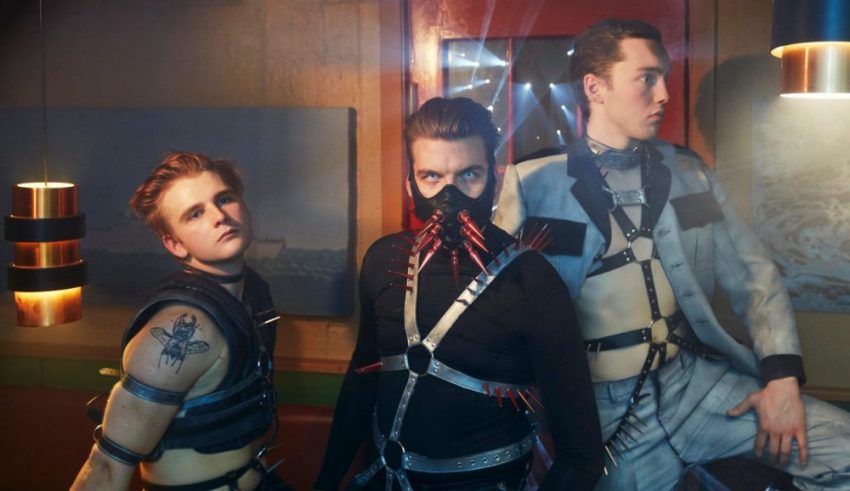 In a statement read on Iceland’s Rás 2 radio this morning, a spokesman for Hatari read out a statement issuing the unusual challenge to a match of Icelandic trouser grip rules wrestling. The full statement can be found here.

Icelandic trouser grip wrestling (known as Glima in Iceland), is a form of wrestling where contestants wearing special belts attempt to grapple their opponents, lift them and throw them to the floor. The winner is the one who makes the other contestant touch the floor with a part of their body between the elbow and the knee.

No word on whether or not Netanyahu intends to take Hatari up on the challenge, and the bookmakers have not issued odds on whether Netanyahu, a 69-year-old former Sayeret Matkal special forces commando who fought in the Six day War of 1967 and the Yom Kippur War of 1973, could defeat three Icelanders in bondage gear.

In a year of eyebrow raising entrants to Söngvakeppnin, particularly in a country where the calls to boycott Eurovision 2019 in Israel have been strongest, Hatari stood out, especially given that politics is very close to every performance they do. There is a lot of potential that Hatari’s winning Söngvakeppnin would give Iceland’s public broadcaster Ríkisútvarpið (RÚV) a public relations headache, and the potential for mischief-making members of the public to vote for them for that exact reason. Söngvakeppnin, as with a lot of national selections, uses a combination of jury votes and televotes to select their Eurovision entry.

The other nine entrants for Söngvakeppnin this year are Hera Björk (who represented Iceland at Eurovision 2010), Kristina Skoubo Bærendsen, Þórdís Imsland, Tara Mobee (who had a viral hit on YouTube about a slumber party at IKEA), Ívar Daníels, Daníel Óliver, Elli Grill with Skaði and Glymur, Friðrik Ómar (who represented Iceland at Eurovision 2008 as part of Eurobandið) and Heiðrún Anna Björnsdóttir. No word yet if any of the other participants have issued wrestling or other sporting challenges to Israeli public figures.

Do #YOU think Hatari’s challenges are in good fun, or a potential headache for Iceland at Eurovision 2019? Comment in our forum, social media, or in the comments below.