Home 2020 Rotterdam: Open up to our new stage 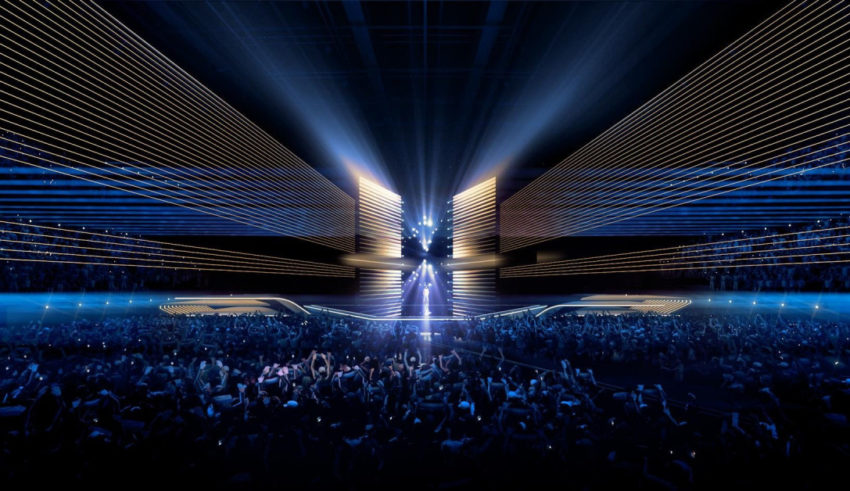 Moments ago the official Eurovision website presented the new stage design, and it is no surprise that the stage was designed by Eurovision familiar Florian Wieder. When talking about the design, he stated that the stage presents a connection between the sky, the sea, and the land. Wieder also mentioned that the stage design was inspired by the canals and bridges in the Netherlands and that he and his team wanted to bring the performers close to the audience as much as possible. Also, after the contest in Tel Aviv, the green room will once again be inside the arena, making the connection even closer.

This years Executive Producer, Sietse Bakker said that the design is innovative, modest and functionally smart, so they will be able to create 41 different looks for every performer, as well as for the opening and interval acts and of course the voting sequence. As you can see in pictures, the stage is full with LED screens and lightening equipment and there is no doubt that there will lots of pyro and firework effects.

As Wieder designed the stages for the past three Eurovision Song Contests several editions of the MTV and Emmy Awards, he was happy to say that the Dutch public broadcasters were openminded and embraced his innovative design. As you may recall, Wieder also designed the stages for Düsseldor (2011), Baku, (2012), Vienna (2015), Kyiv (2017), Lisbon (2018) and Tel Aviv (2019).

Tell us how do #YOU like the new stage that will be featured in AHOY next May on Social Media or on our Forum.