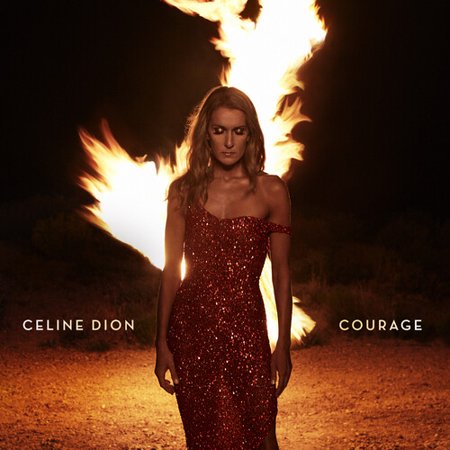 Céline Dion's 'Courage' drops out of the top 100 on this week's Billboard 200, the biggest fall for an album debuting at #1 in history.

Dion’s fall out of the Top 100 to land at Number 111 breaks the previous record fall from a debut Number 1, which also occurred in 2019 and by an artist Eurovision fans will be familiar with: Madonna’s “Madame X” debuted at Number 1 on June 14, 2019, and fell to Number 77 on the Billboard 200 the following week. You may also recall that Madonna’s interval act at Eurovision 2019 in Tel Aviv, Israel featured a single from that album and was not exactly kindly received.

The biggest drop by any album reaching Number 1 in one week is Bon Jovi’s “This House is not for sale,” which plummeted to Number 169 from its 7th week of release to 8th week. “This House is not for sale” also debuted at Number 1 on November 4, 2016, then slumped to 43, out of the Top 100, and then after a few weeks launched back to Number 1 for the same reason “Courage” debuted at Number 1: concert ticket bundling.

Dion’s “Courage” was her first Number 1 album in 17 years, but was largely buoyed by being bundled with concert ticket sales for her latest tour, a now common tactic on new album releases. With the concert tickets sold out or close to on the first week of release, the second week saw only 3,400 sales equivalent units (actual copies plus a formula to take into account plays on streaming services) sold, which placed “Courage” at Number 111 in its second week.

“Courage” did not suffer savage reviews, with the album receiving compliments from the likes of Rolling Stone, The Guardian and Variety for the slower ballads such as the title track and the poignant “For the lover that I lost,” co-written by Sam Smith. Even if some of her attempts to go modern resulted in some dodgy Auto-tune and EDM that overdoes it on the campiness, “Courage” is an album worth listening to by long time fans and casual pop listeners alike.

Theme wise, “Courage” deals with Dion’s coping with the death of her husband Rene Angelil and her brother in a very short span in 2016.

As she told Billboard magazine, “I think I went through a lot. And life had given me the tools… to find my inner strength, to find courage, and to keep going. The people that I love so much embraced the moments that were difficult. They gave me so much strength. And then a song came that was called “Courage”, and it didn’t take long for all of us to say, ‘I think the album should be called Courage’.”

Poor sophomore slump in album sales do not detract from Dion being a Eurovision legend, with her career following her win for Switzerland in 1988 with “Ne partez pas sans moi” (“Don’t go without me”) being arguably the most successful of any Eurovision artist with 200 million album sales worldwide and a Las Vegas residency that generated $1.4 billion in revenue.

What did #YOU think of “Courage”? Let us know in the comments below, in our forum, or on social media.