Home 2018 Portugal: David Pessoa “It talks about human relationships and I think people will relate to it” 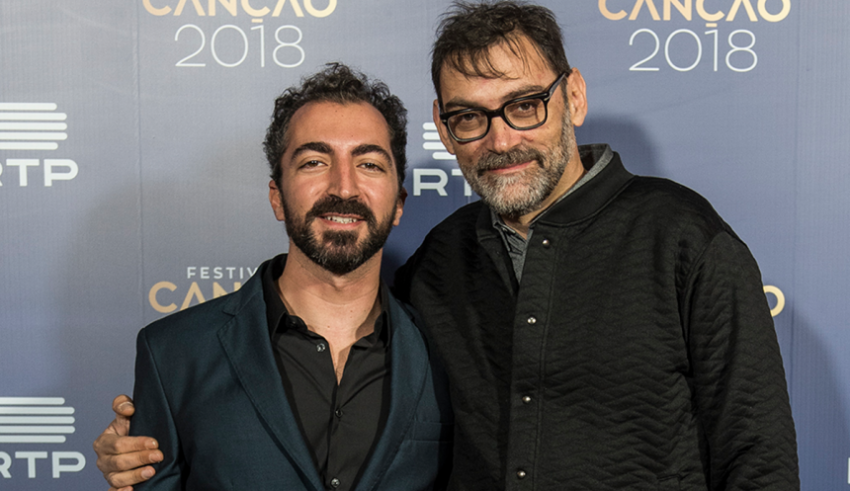 In advance of the second semifinal of Festival da Canção this evening, we spoke with David Pessoa about his entry, “Amor veloz.” Check out what he had to say about his life and his entry below!

Hello, I’m very good, thank you. I grew up playing guitar and singing fado with my father and brother. At the age of 14, we moved to the USA and it open up my mind and my musical taste. I quickly discovered Soul Music, Funk, R&B, Hip Hop and immediately fell in love with African-American music and culture and all its influences.

I came back to Portugal in 1997, and I never stopped. I sang in cover bands and played around Lisbon and all over the country.

I studied architecture but I was never really happy as an architect; something was missing. So after 7 years as a professional architect and part-time musician I decided to be fully happy and changed my life. I quit my job and became a full-time musician. From that point on I played and sang in all kinds of different original musical projects. From hip-hop, reggae, funk and soul music and traditional African music. I now play and sing in Fogo-Fogo (a funana band), in Cais Sodré Funk Connection (a Funk/soul band), and I have my solo career as a singer-songwriter. I released my first solo record in 2016, “Fazer-me à Sorte,” and I am currently working on the follow-up record.

Your song for Festival da Canção is “Amor veloz.” What can you tell us about the song?

It’s a deep, heartfelt song with an elegant arrangement and nostalgic mood. It talks about human relationships, and I think people will relate to it.

What was the inspiration for the song, and did you write it specifically for Festival da Canção and Eurovision?

I’m not the composer, but the inspiration for me to perform it is love and human relationships.

The Eurovision Song Contest is a big “window” for every country to show a little bit of its talent and its culture. But it is extremely important that each country chooses or vote the Song that they want to be represented for. Honestly, I didn’t watch it every year. I watch Festival da Canção every year, and my favourite year is last year’s winner, Salvador Sobral. I hope Eurovision becomes a worldwide event with worldwide recognition!

Since I’m dreaming, I wouldn’t´t mind to play Super Bowl halftime show. The Royal Albert Hall in London or the Altice Arena in Lisbon would be a nice highlight of my career. Also more realistic!

TV is a platform that allows you to perform, and when I’m on stage, I’m always very focused and living the moment. It´s not my first time performing live on TV but I know now there´s a little more pressure because all eyes are on the Festival this year. There is also the competitive side of it. I’ll put that aside, be myself, and enjoy myself doing it! I’ll just try to focus hard and be well prepared do to the best that I can as always. Also, I will try to enjoy every second of it!

What advice you would give to your teenage self?

Don´t ever give up and always believe in yourself! Listen to others, and trust your intuition.

I’m a retired architect that changed my life to be a full-time musician and pursue my happiness!

I  get up early, as early as a musician can, and go to the beach to walk my dog. If there’re waves, I go to surf for an hour or two, have lunch and then work in the studio, rehearsing, composing, writing or whatever I’m doing at the time. Yoga class around 20h and then work on my music for a little more until late night hours. If it’s concert day, it’s full on working, travelling, sound checking until show time!

We hope you enjoyed getting to know David Pessoa and that you’ll catch him tonight in Portugal’s second semifinal! Once you hear his song this evening, let us know what #YOU think about his entry and his chances on social media and on our forum!