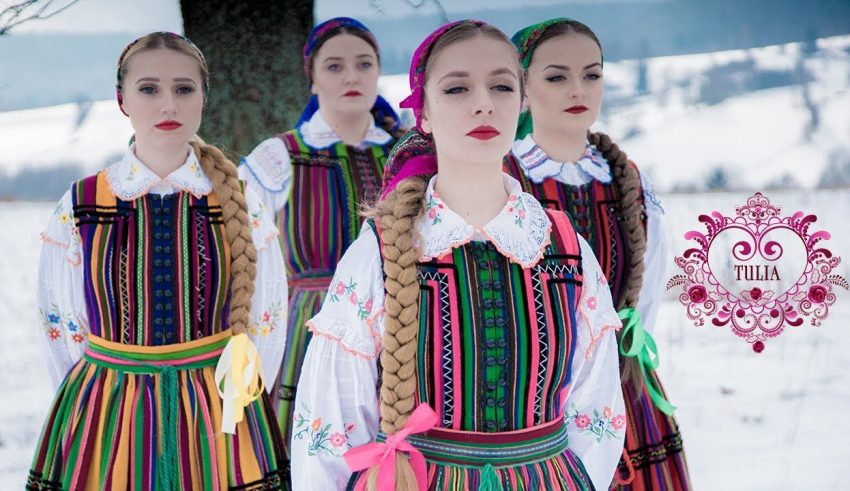 Telewizja Polska (TVP) dropped the video for Poland’s internally selected entry Tulia today, and fans hoping for a showcase of the Polish biały śpiew (white voice) technique that Tulia became famous for will not be disappointed.

The song, “Fire of Love (Pali się),” heard for the first time today, blends the harmonized vocals of the four members of Tulia with a folk-rock backing track, bridging their traditional style with modern instrumentation and production, much as Tulia did with their popular covers of Depeche Mode’s “Enjoy the Silence” and Metallica’s “Nothing Else Matters.”

You can watch the video for “Fire of Love (Pali się)” below:

Comprised of Joanna Sinkiewicz, Dominika Siepka, Patrycja Nowicka, and Tulia Biczak, Tulia were formed in 2017 in Szczecin, Poland. Their vocal technique is a traditional one for female singers going back centuries. The voice is based mostly in the chest, with the singer letting air out through an open throat, creating the bright yet intense vocal effect.

Poland has never won Eurovision, with the closest being their 2nd place finish in 1994 with Edyta Górniak’s “To nie ja!” in their debut year. They have not come close to that since, with seven non-qualifications and middling form. It remains to be seen if Tulia’s traditional Polish meets modern translates to Eurovision audiences.

What do #YOU think of Tulia’s entry? Let us know in the comments below, the forum, or on social media.