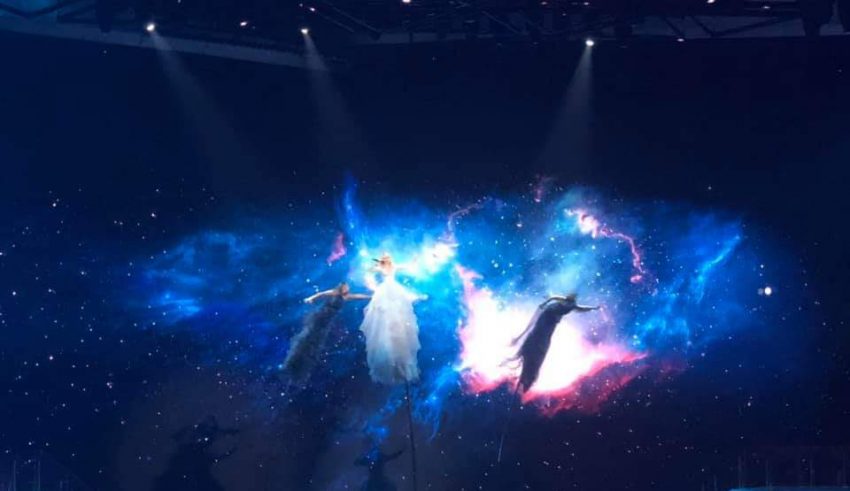 The rubber hit the road today as we embarked on the very first set of jury rehearsals for Semi-Final 1.

50% of the act’s score was determined by the performances in the Jury Rehearsal tonight, and the acts went up in the exact order they will at tomorrow night’s Semi-Final 1:

Additionally, two of the Big Five and hosts Israel also had rehearsals afterwards:

Right off the bat, Australian Kate Miller-Heidke’s “Zero Gravity” continues to impress. And the margin of her lead, as well as her being winner of ESCXTRA’S daily poll twice before, makes the odds of Australia making the final look real good.

Greece and Iceland are an expected 2nd and 3rd, and neither camp will have too much concern as to their prospects this far in. Now will Tamta’s “Replay” for Cyprus, 12th in this poll, be a concern? She won the very first Daily Poll, but how do you interpret today’s result? She will surely qualify for the final, but does her falling in polls such as these and betting odds suggest she is this year’s blue flame special (burns ferociously at first before flaming out)?

On the margins is where things get interesting. Robert Skilleter and I have been West Yorkshire’s foremost evangelists for Georgia’s Oto Nemsadze and his glorious reaching out across the divide anthem “Keep On Going,” and it is either wishful thinking on our part, or Nemsadze has gone from a no-hoper to someone who’s gained enough fans to sneak into the final and be a dark horse for a Top Ten Final finish. Polls and journalists on the ground in Tel Aviv who have been impressed with “Keep on Going” suggest a late swing of support to the hitherto misunderstood ballad.

Matt and the ESC United were in the press center to watch all the action unfold. Did Miller-Heidke’s performance blow them away as well? Did Hatari live up to Sean’s (admittedly high) expectations. Check out the ESC United YouTube channel for exclusive content and insight of the jury rehearsals, and stay tuned tomorrow Semi-Final 1 gets underway.

The jury has now made up its mind on Semi-Final 1’s contestants; how about #YOU? Let us know in the comments below, on social media or in our forum.