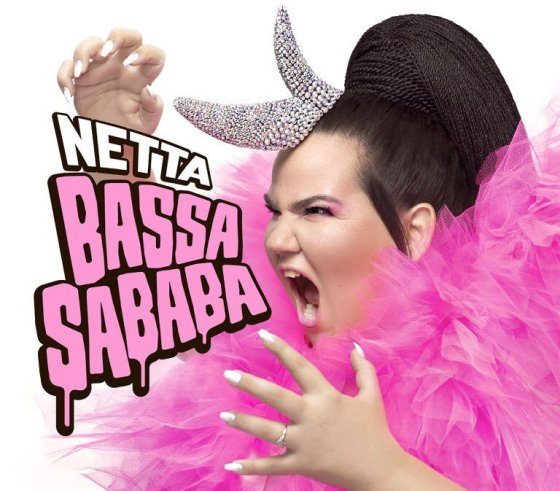 As she told the Associated Press today, she admitted that she was intimidated by the prospect of her first single after her Eurovision 2018 winning smash hit “Toy,” but in the past year she has been able to rise to the occasion where previously she admitted “I used to sink under my problems, but not anymore.”

“Bassa Sababa,” which translates to “Bummer, that’s cool,” a Hebrew slang phrase for the twentysomething set, builds on the female empowerment message of “Toy” and includes all the quirky, neon visuals you would have expected from a follow-up to “Toy.” Instead of cats, the “stupid boy” who jilted Netta at the altar is chased around Kiev, Ukraine by a pink rhinoceros before being blasted by Netta with pink bubble gum balls and drowned.

Though Netta stated that she does not wish to become a political activist, she does state that she will continue with her body positivity themes – such as calling out a fashion brand that tried to hire her as a spokeswoman despite not having any products in her size – and continue speaking out and inspiring through her art.

“When a girl like me, my size, maybe even more, she sees me on the billboard sign and can’t even find clothes in her size, that’s tragic,” she said. “It’s OK to be different. It’s crucial to celebrate yourself as a human being.”

She also said that the female empowerment movement works in two directions with her: she does not just inspire women, but other women inspire her as well. “After this experience, the people made me into some kind of idol for empowerment, self-acceptance and love,” she said. “But what they don’t know is that’s actually what empowered me.”

As for recent calls from the Boycott, Sanctions and Divestment Movement (BDS) for artists and other participants to boycott Eurovision 2019 in Tel Aviv, Israel, Netta does not wish to talk too much about the reasons for their protests, other than to say that though protests and dialogue have their place, Eurovision is not a place for politics.

“I’m not a political person,” she said. “Eurovision isn’t the place for politics. It’s a place for coming together and spreading light.”

What do #YOU think of Netta’s new song? Share your thoughts with us on our forum HERE or join the discussion below and on social media!