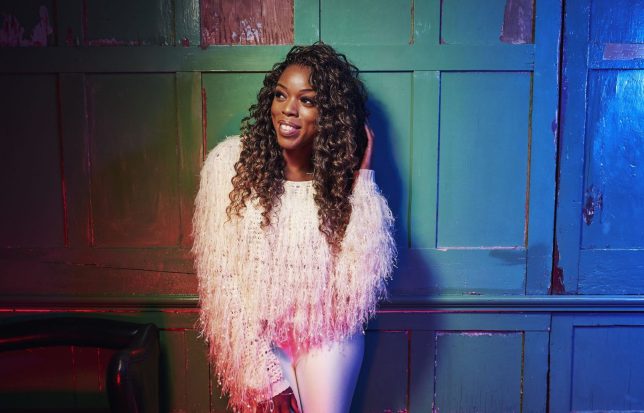 It didn’t take long. Almost as soon as the six artists and three songs were announced by the British Broadcasting Corporation (BBC) for “Eurovision: You Decide”, the moaning began on Twitter.

“They are all absolutely terrible and have no chance of winning. They will be last – make no doubt about it.” @BiscuitWBlanche

“For some reason, maybe financial, the @bbceurovision doesn’t want to win #Eurovision, it’s very sad the half hearted approach.” @MichaelESC

“DISAPPOINTING. Not the artistes – the songs. Middle of the road, forgettable blandness. I’m adopting Spain this year.” @borlase_john

“How can the song Freaks be considered UK entry when it talks about Soccer? It’s called Football in the UK.” @chicketyboo2

My response from this side of the Atlantic to my British brethren moaning about this: “STFU!”

Even Norwegian producer and Eurovision 2017 entrant JOWST, whose song got bounced by the BBC earlier this month, got in on the whingeing, to which ESC United’s Connor Terry took issue (click on the Twitter link below for JOWST’s response and Connor’s counter).

Now I am not going to go into the merits of each song and artist as there will be an article in the future where we ESC United editorial writers batter each other over the head about them, but I do have to say that every year in the United Kingdom, more so than any other Eurovision country and regardless of what entry the BBC selects and how, there is a constant barrage of miserable people flapping their gums and it is more boring than what people say this year’s entrants are. Way more boring, and tiresome.

Every year, despite declining performance, Azerbaijan is convinced they’re in with a shout and will fund their entry to the tune of a lunar expedition. Armenia has sent some truly terrible songs, but they are the best songs in the world according to Armenians and they will fight you vociferously if you say otherwise. Georgians are a bit more gloomy about their own prospects in that gallows yet boastful humor Georgia is known for (Q: Why did Nodi and Sophie only finish 15th at Eurovision 2013 with “Waterfall”? A: TLC warned you don’t go chasing waterfalls and they should have stuck to the beautiful rivers and lakes that Georgians are used to and drink the best wine in the world in. #visitgeorgia). These are reasonable positions, in their own way.

I am not going to lie and say the British submissions over the years have been great, but as a Yorkshireman I will say I am not particularly bothered by how the United Kingdom does at Eurovision. Not because of the iffy performances over the years, but because as a music producing culture the United Kingdom has absolutely nothing to prove to the world. The United Kingdom has already won and continues winning each and every year as dozens of new British artists dominate the music charts of almost every genre worldwide, half of those genres probably invented by a British musician. Why do people care about national pride at Eurovision when you could throw a dart at a pinned-up listing of the Billboard Hot 100 and it will land on a British artist?

Sure, it’d be nice for the United Kingdom to win Eurovision, but taking it too seriously would make us look like bullies. And based on television viewing figures for BBC One’s showing of the Eurovision finals over the past decade, the British public watches Eurovision more than any other British singing competition, including Britain’s Got Talent which has competed in the same time slot over the years. And the British public routinely tunes in to Eurovision with nowhere near the wild swings in viewership other countries have with Eurovision, despite indifferent and oft-times horrible form. Despite Electro Velvet finishing 24th in 2015 and no signs that Joe and Jake would do better in 2016 (spoiler alert: they didn’t), viewership increased by more than 600,000 viewers from 2015 to 2016. BBC’s viewing figures for Eurovision do appear to be largely independent of the United Kingdom’s performance (when I have the time and the full data, this will make a great testable hypothesis).

And this is largely why the BBC doesn’t exactly break the bank to get the oft-requested Adele or Ed Sheeran to Eurovision when the viewership figures are steady anyway and that budget could be used to fund more British ‘old lady solving crimes in a country village’ shows that export well to the United States and Canada. So we bring back an old favorite for one last hurrah (Engelbert Humperdinck) or like this year, we hand the mic over to a bunch of kids and newbies to try make a career for themselves by using the exposure of Eurovision.

And this is what grinds my gears about the whingeing. They totally ignore the performers themselves as individuals, and even when acknowledged (“they’re good singers, but…”) it is in a patronizing tone and refers to the collective group rather than the merits of the individual. Picking one individual at random, I am going to select the bookies’ favorite to represent the United Kingdom, Michael Rice, and relay his story. He is a young man from Hartlepool who went from serving fish and chips at Young’s Fish & Chips in Seaton Carew, to serving up Leonard Cohen at All Together Now last year on the BBC. He’s gone from asking “do you want bits with that, luv?” to singing “Hallelujah” in front of Geri Haliwell and supporting Nicole Scherzinger on tour after his X-Factor appearance in 2014. He went viral after being filmed doing a spot of busking in York in 2015. He’s had a hard upbringing but worked his ass off to get to Eurovision: You Decide and should he make it to Tel Aviv it will be a great Northern underdog done good story, regardless of finish. I am sick and tired of primarily Southern snobs dismissing him because he’s singing a song that does not conform to their oft-delusional belief of what the BBC should select. I could probably repeat this sentiment for the five other entries (certainly for former school teacher Kerrie-Anne anyway).

And on to those alternative ideas these moaners have – what a load of rubbish. This particular guy thinks Scooch is a reason the BBC should pay attention to what the British public wants! Yes, the Scooch that presented that tornado of turds that was “Flying The Flag” to Eurovision 2007 that only finished joint 22nd because Malta awarded them 12 points to troll the European Broadcasting Union. Is “Flying the Flag” fun? Only in that forced way of a stand-up comedian at a gay conversion therapy camp. But at least that was a misguided idea to tell the BBC what they should do, instead of the usual suggestion to sign up a megastar who is rolling in a pit of money so deep there’s no incentive to get out.

For the BBC, there does not appear to be any incentive to win, and they should not give in to this populist “Make Britain Great Again at Eurovision” impulse. Whatever they send, fans are under no obligation to blindly argue its merits online and cheer it to victory. Theresa May is not going to come around to your flat and kick you in the nether-regions if you don’t cheer on the United Kingdom’s entry (she’s not Margaret Thatcher in that regard). But don’t feel you’re entitled to a Eurovision win or a team that could feasibly beat what the continent is lining up (and based on some national selections so far, they’re some brutes lining up).

Quit your moaning. It is not helpful, as if the BBC is going to listen to some random goon on Twitter anyway. It’s a noxious cloud, and would you expect any of these six to perform at their best after a barrage of negatively? Fear Factory frontman Burton C. Bell had had enough of the endless cycle of criticism in 2004 (“You sold out with “Digimortal!” “Your guitarist is too good for you!” “You’re over the hill!”) and penned one of the angriest screeds against toxic fandom and whingeing fans in history – “Cyberwaste”. Should one of the six entries feel down in the dumps because of what they heard online about them, they should give this a spin.

And to the six I say, whichever one of you wins and goes on to Eurovision, you’ll do us our proud just by doing your best on the night, whatever the result may be. There’s no shame in coming in 20th or less, and you could feasibly do better in this wild ride that is Eurovision. And to the fans, don’t take this too seriously. As mentioned before, the United Kingdom is a top dog in world music. Just enjoy Eurovision for the fun festival it is, regardless of the quality of our own entry. Even when it’s Scooch.

Do #YOU think the United Kingdom could have come up with better singers and entries? Who of the six entries do you like so far? Share your thoughts with us on our forum, below in the comments or on social media!