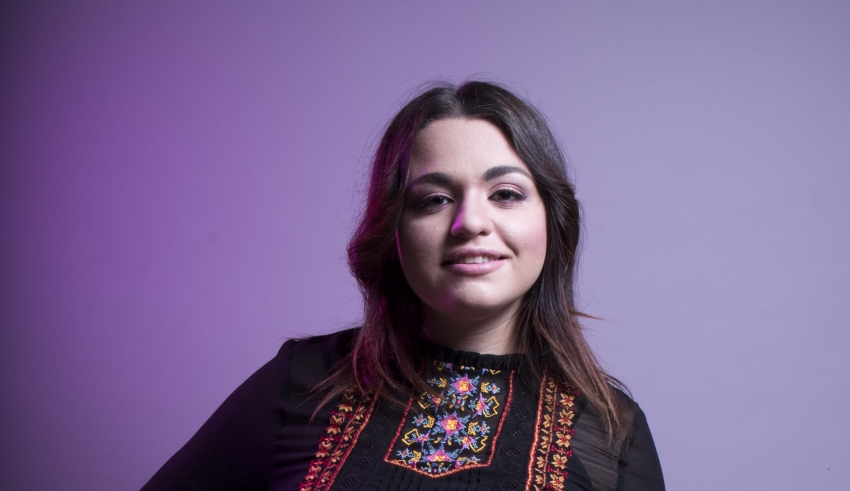 We continue our series of interviews with this year’s Maltese hopefuls with the MESC veteran Danica Muscat. Will her experience pay off in 2018? We spoke to her about her Superbowl aspirations and love of the competition below…

Right! It’s always difficult to introduce yourself. My name is Danica Muscat, and I have been singing for as long as I can remember, because I always showed a great interest in music. This will be the fifth time that I will be taking part in the Malta Eurovision Song Contest, having taken part in 2012, 2013, 2015, and 2016 but this year’s entry is by far the most unique. If you’d like to know more about me, look me up on Facebook and Twitter!

The song that you will be presenting for the Malta Eurovision Song Contest is “One Step at a time”. What can you tell us about the song?

“One Step at a Time” is written by John Ballard, Ruth Massie, Jerusalem Yemane, Irena Krstva and Kian Fakhary. It’s a pop/dance song which empowers anyone who is willing to leave the past and all bad experiences behind and look towards the future. One is not expected to act too fast though and take everything just one step at a time!

When I heard the first demo of ‘One Step at a Time’, I thought it was a cool concept and in a genre which personally I had never tackled. So I decided to give it a go, record my vocals and see what happens. Something which struck me from the get-go were the lyrics, because they are extremely relatable. From my end, I worked on the song specifically for the Malta Eurovision Song Contest.

I have always been a fan of the Eurovision Song Contest, and while I have had many favourites of the years, around 5-8 songs annually, my favourite have got to be either “Everything” by Anna Vissi or “Believe” by Dima Bilan.

Apart from the Eurovision Song Contest , where would you dream of doing a performance?

There are so many fantastic venues all around the world, but I think that it has to be the Superbowl.

I can’t recall the first time that I actually grabbed a hairbrush and started singing into the mirror but my mother says that I could sing before I could walk, straight out of an ABBA movie.

I would describe my music as touching, and relatable.

I don’t think there is such a thing as a typical day, but what I do know is that I tend to wake up in the morning with my son, enjoy breakfast together, then get ready for work. I go to the office, and then afterwards go back home, help my son with his homework, have rehearsals or else give singing lessons, and then back home. That’s the general idea!

Take things one step at a time, and hope that everything falls into place.

One Step at a Time, I have always thought that it’s very appropriate!

We would like to thank Danica for her time and wish her the best of luck with participation in MESC!

Who do #YOU want to represent Malta in Eurovision? Share your thoughts with us on our forum HERE or join the discussion below and on social media!