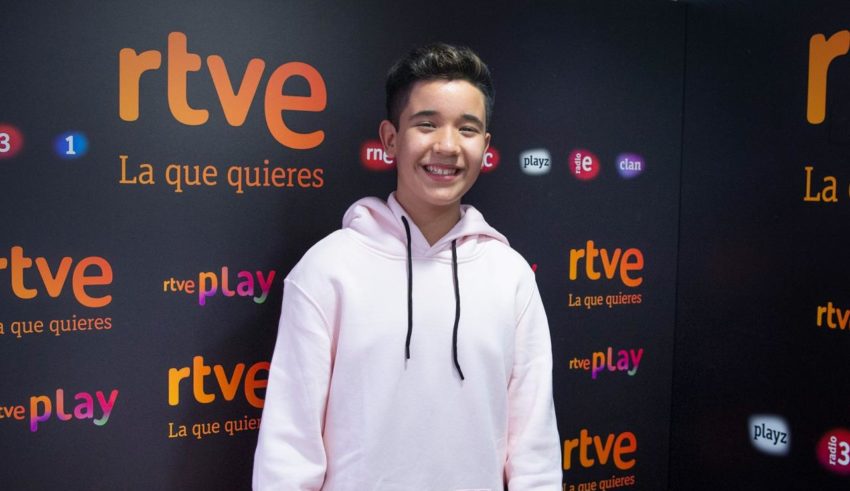 Today we look at a nation that has never been outside the Top Four: Spain. Like, never. How does a country this superb at Junior Eurovision suck so bad at the adult one?

Oddly enough, the 4th placed performer Dani Fernandez is the most high profile of the four entries as he was a member of Auryn, a boy band that also features Spain’s Eurovision 2020 and 2021 representative Blas Canto. Auryn made it to the final of Spain’s national selection back in 2011 with “Volver.” “Volver” was co-written by Jonas Gladnikoff, who co-wrote “Banshee” for Ireland’s Junior Eurovision 2019 representative Anna Kearney and is well-known in ESC circles for his many compositions for ESC, JESC, and national selection entries.

And they came back strong as Melani Garcia surged to 3rd place with her stunning eco-popera entry “Marte,” best known for the atom-bombesque dropping of “Ahora!,” “Perdona!,” and “Funciona!” at key moments in the song. This is how you make a comeback to a song contest after a long absence.

But wait, there’s more! The following year, they dropped Solea, the fourth generation of the famous flamenco Farruco family and “Palante”. A pre-tournament favorite, “Palante” was not quite able to take advantage of the jury and televote split between Kazakhstan and France, but once again, they put in one hell of a performance and came in 3rd.

Two bronze medals in a row, the Spanish delegation are not going to mess with a winning formula. They decided to go internal again, and picked Levi Diaz to represent Spain in Paris.

Levi Diaz was born on August 11, 2008 in Cornellà de Llobregat, Spain. This is located in the Catalonia region, in the Southwestern part of the Barcelona metropolitan statistical area.

And his background is similar to that of many of his rivals – he is a winner of his country’s version of The Voice Kids (Season 6 of La Voz Kids).

“Reir” means laugh, and Levi Diaz constantly refers to himself as a happy kid, and that he wants to spread joy in Paris.

Argentine musician David Roma is the song’s composer, and with a Catalan father, has much in common with Diaz, including his heritage and his happy go lucky demeanor.

With the background out of the way, here is what we at ESC United think of Spain’s entry for Junior Eurovision 2021.

Boris – 6.5 – “That awkward moment where you’re this close to having a trueborn bop, only to swerve hard into midtempo pop void territory. Oh well, whatever, enjoy third place at JESC I guess.”

Connor – 8 – “Spain once again knowns how to do Junior Eurovision correctly, and I feel like this song is much less forced that the last two years were. And by forced I mean for the artist – Levi can just be his pure self surrounded with Spanish flavor in the track. It also has a lot of radio friendly qualities, I think it has a lot of appeal to the international crowd despite being entirely in English, and it’s catchy. Stage it right and Spain will easily defend their high placement once again!”

James – 7 – “”Reir” doesn’t quite launch itself into the triumphant expression of joy that the initial verses promise. The song moves at a nice canter but never quite develops into a full sprint, and the build-up of energy promises that!”

Melanie – 7.5 – “If someone knows how to make me smile, it’s definitely Levi Diaz. The song is so contagious and really makes me want to dance. It kinda reminds of a toned-down version of Miki’s “La Venda.” I just hope he has enough courage to start a revolution in Paris, because sometimes I’m just missing a little bit of energy from him in the music video. Think the problem is that he closes his eyes a lot when he sings. If he can work on that, I can see him ending high in the rankings in Paris.”

Roy – 6  – “This year’s song from Spain is okay, but that is unfortunately where it kind of stops. The chorus is very crowded with lyrics making it a bit too busy to really stand out either musically or vocally. Right now it is kind of underwhelming and I kind of keep forgetting that it is in the running this year. It isn’t bad, it just isn’t outstanding either.”

Stefan – 9 – “Spain is again giving us one of the best songs of the contest and now it’s just a question when they will win and not if they will. His smile just makes the song even more energetic and positive. Even though I can already see four backdancers with him on stage, I am just hoping for a good backdrop as it will make it better for the viewers for sure.”

Tyler – 8 – “An upbeat song that would do well to open or close the contest, “Reír” feels like Spain returning to its roots to become an over-the-top fun country with its music. Levi does a good job with the vocals in the song, and the instrumentation itself is vibrant and fun. I wish the song would have gone even further though, but the music video itself was fun and I think Spain will do well enough with this entry. A good showing.”

William – 7 – “Levi is such a joyful performer, and his enthusiasm is contagious. You can’t help but smile. Kid’s got star power. I love the overall percussiveness of this track. It gives the song an added bit of texture. While the verses of the song are melodically dynamic and transporting, I do wish the chorus hit a bit harder. It’s a little thin by comparison. Regardless, “Reír” isn’t reinventing the wheel by any means, but it’s exactly the kind of escapist uplift we could all use right about now. If voters are in a celebratory mood, this could be just the ticket.”

Once again, Spain comes in with a respectable score. However, the excitement from prior years with Melani Garci and Solea is not there, and we wonder if that threatens Spain’s record of never being outside the Top 4.

Eighteen countries in, here is how ESC United has the entries ranked.

Will Spain’s entry make #YOU laugh or cry? Do #YOU think Spain’s Top 4 record will be maintained or endangered? Let us know in the comments, on social media, or in our forum.