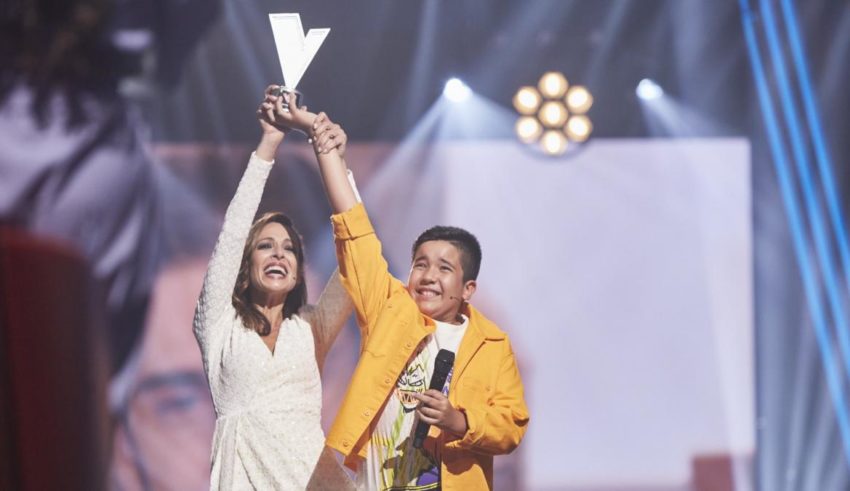 20minutos.es
Levi and Eva González, a presenter on 'La Voz Kids', moments after his victory on the show's most recent season.

Today, on RTVE chat show Mejor Contigo, Spanish broadcaster premiered Spain’s entry for Junior Eurovision 2021. The song, ‘Reír’ or ‘Laugh’, will be performed by the most recent winner of La Voz Kids, 13-year-old Levi Díaz. Composed by Spanish singer-songwriter David Roma, an official music video for the song will be released in the coming weeks, but you can listen to the song here:

As previously reported, Levi was internally selected by Spanish broadcaster RTVE and is the first boy to represent the country at Junior Eurovision since Dani Fernández placed 4th in 2006.

This will Spain’s third appearance at the contest since returning after a 13 year break in 2019. The country’s 2019 entry, ‘Marte’ by Melani García, placed 3rd on the night, the same finish as their entry at the 2020 contest, ‘Palante’ by Soleá.

Do #YOU think Spain is a potential winner at Junior Eurovision this year? Do #YOU have a favorite Spanish entry at JESC? Sound off in the comments below, in our forum, or on social media @ESCUnited.