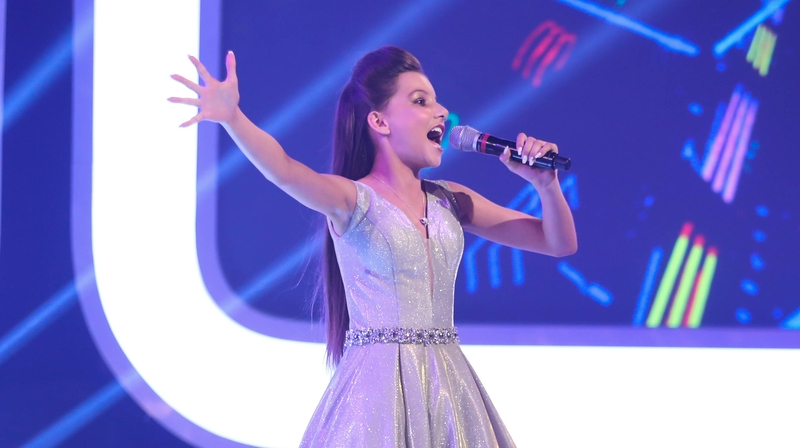 It’s 13 days to go until Junior Eurovision 2019, and we are counting down the 19 nations who are participating in Gliwice-Silesia on Sunday, November 24, 2019.

Next up we check out Ireland, a country that hasn’t figured out how to do well in both Junior Eurovision and Eurovision in recent years.

Though not for lack of trying, and Ireland has not been afraid to showcase Irish culture and Irish musical heritage. Ireland has to get the rub of the green some time though to date, 10th place in 2016 with Zena Donnelly’s “Bríce ar bhríce” is their highest placement.

Taylor Hynes’s “IOU” has quite the cult following, especially among editors at ESC United, but could only land in 15th for Ireland at Junior Eurovision 2018.

Another quirk: though Ireland is allowed to sing entirely in English due its being an official or language of business or language of a sizable native population group in Ireland, Ireland has on four occasions sent more songs in Irish to Junior Eurovision than Ireland’s entire history in 50-plus years at Eurovision (once, with the recently passed away Sandie Jones at Eurovision 1972).

Ireland once again used Junior Eurovision Eire as a method of selection for Ireland’s representative. Now Junior Eurovision in Ireland is supervised by TG4, a subsidiary of the independent Irish language network Teilifís na Gaeilge. Though owned by Raidió Teilifís Éireann (RTE), by law TG4 has been independently run and operated since 2007.

While RTE solicits songs from the public and then hangs around and waits for whatever rubbish gets sent in the post (“Great! A song about kissing in a car in front of a council estate! Where’s our prize?”), TG4 has gone through the trouble of finding child talent, coaching and mentoring them, and then having them run through a series of heats, a semi-final, and a grand final.

Junior Eurovision Eire 2019 started with four Heats rounds, with the four winners advanced to the Semi-Finals. The second and third placed performer in each heat then faced off for a second song, where the winner of the duel also advanced to the Semi-Final. The Top Two of the eight Semi-Finalists then made it to the Grand Final, and third and fourth place went to a duel, the winner of which also made it to the Grand Final.

Most of the songs the kids performed were pop songs – both local and foreign – familiar to Irish viewers. In the Grand Final, the three kids had to perform two songs: a song they’d performed in an earlier round, and three songs that had won Eurovision for Ireland. In front of the three Eurovision winners themselves, who were the judges. Out of all this, Anna Kearney emerged victorious.

Anna Kearney, born in 2006 in Foxrock, already has a Eurovision connection: her mother Eileen was one of the interval act dancers during Eurovision 1994 in Ireland. You might remember the act was called River Dance.

Kearney does have professional experience in musical theater, and has excelled at it. She has performed at the National Concert Hall in Dublin and in Broadway, New York, in a production of “Annie” in 2017.

First thing that stands out – one of the composers is Eurovision journeyman Jonas Gladnikoff. He is infamous for his dozens of compositions for Eurovision national selections, though has only made it to the main event for Ireland, mostly due to internal selection. He co-wrote Ireland’s entries in 2015 and 2018 for Junior Eurovision.

Second thing that stands out – one of the lyricists is Fiachna Ó Braonáin, lead singer and guitarist for famous Irish rock group The Hothouse Flowers.

They are joined in the writing credits by DJ and producer Cyprian Cassar, lyricist Niall Mooney, lyricist Anna Banks, Daniel Caruana, and last but not least, Anna Kearney herself contributing lyrics.

Kearney told junioreurovision.tv that the song is about overcoming fear and adversity. “The Banshee is an Irish mythological spirit which is said to appear when someone we know is close to death, in my song she is a symbol of our worst fears and adversity,” she said. “We all have to face the Banshee from time to time and with courage and help from those who love us we can rise above. Love conquers all!”

This is what our editors thought:

Connor – 9 – “Listen, I am and always will be a stan of the shamrock country because their music is spectacular and so is the Irish language. I said this on Twitter earlier this year: Ireland needs to send more songs in Irish. I had reservations about “Banshee” when I first heard the audio for it, but it’s so magical when I listen to all 19 songs because it’s the best ballad in the lineup. Anna is able to transcend the melody of her own song, sailing through notes, feeling the song she is singing. I know this will be even better than “I.O.U.” was last year, and I think this has a chance at being Top 5.”

Daniel – 7 – “I am happy that Ireland took the route of singing in Irish. While a softer ballad, it does infuse electronic elements, strings and a key change so it keeps you on your toes. It is sonically beautiful and climbs to become a power ballad that could easily finds its place in a Disney movie.”

James – 3 – “An overproduced mess that buries any Irish distinctiveness under every cliched modern production technique in the book. They even have those stupid “ghost cat” effects drowning out Anna’s great vocals at points. There are elements of a great song in here and a star vocalist, but I am going to place the blame with a writer and producer who we’ve heard far too many times in Eurovision circles, is clearly in a creative rut, and needs something to jolt him out of his malaise.”

Melanie – 5 – “I really hate to say this, but I have a really big problem with this song. Every time I hear it, it just reminds me too an Irish version of “My Turn” of John Lundvik. And I really hate myself that I’m comparing this song to John Lundvik’s song, because Anna Kearney is really delivering this song. I love the Celtic vibe in this song and the fact that she went for Irish lyrics. So I really hope that she will do well, but for me it just doesn’t stand out.”

Roy – 7 – “I wasn’t sold on this at first. I guess I needed an official release to win me over. The orchestration of this sounds really good and accompany Anna’s great vocals incredibly well. You feel like you are building to something epic. The pay-off leaves a little bit to be desired for, but I am honestly impressed by Ireland. The song starts very small with basically only the pretty voice of Anna with only a little bit of instrumentation. All the choruses have a pay-off and get more epic every time where the instrumentation opens up more and more. A really well written song from Ireland, I just don’t think that this will do very well in Junior Eurovision.”

Sean – 6 – “Ireland finally tap into the undeniable cultural heritage they have and exploit the Celtic heritage in this track (Ireland ESC 2014 just doesn’t count). It’s nowhere near as strong as last year’s Irish entry from last year in my opinion, but certainly this is geared to impress, and could do better as a result. It builds into a strong crescendo but for me there isn’t enough interest along the way to keep me captivated. It just isn’t for my demographic.”

Stefan – 9 – “Is it stupid to say that this song is giving me Irish vibes? 😀 Anyway, it is soooo beautiful, there’s a pinch of Disney taste, but the most important thing is that her emotions are real.  Her voice sounds so mature. It can go either way, but it is my favorite Irish song in JESC so far.”

Seven countries in, here are our current rankings by ESC United editor scores:

When we say we’re a diverse group of folk reviewing these, looks like we meant it here with this entry, with various opinions on “Banshee.” That being said, it arrives on our list with a respectable average of 6.4375, and has definitely exceeded average scores for ESC United “Expert” Panels over the years for her adult counterparts. Alas, “Banshee” did not do enough to shake Carla off of the summit, with 12 more countries to go.

What do #YOU think of “Banshee”? Will it help #YOU overcome fear, or is fear a mind-killer, the little death that brings total obliteration? Let us know in the comments below, on social media, or in our forum.