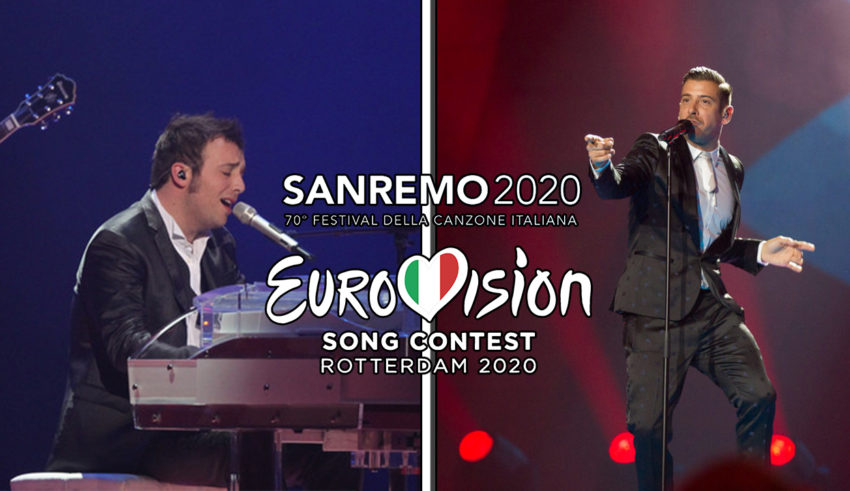 2020 marks the 70th year anniversary for Festival di Sanremo, and this competition has given us countless songs and memories as well. Despite it was before time, more and more leaks and rumors eventually forced RAI(Italy’s national broadcaster) to release the list of participants for the 70th edition of the competition.

These 22 artists will all participate in the Campioni section of the competition. Which means that one of these will go on to represent Italy in Rotterdam.

In recent years, there has always been a bit of uncertainty about who will represent Italy at the Eurovision Song Contest. In 2014, Emma Marrone was internally picked by RAI. When Italy returned to the contest in 2011, it was the winner of the Nuove section who represented Italy, which was Raphael Gualazzi. In 2012, Nina Zilli didn’t even finish within the top 3, but was still picked by RAI and first in 2013 the eventual Campioni winner would represent Italy at the contest, being Marco Mengoni.

Since 2015, every Campioni winner has accepted the offer of representing Italy at the Eurovision Song Contest, except in 2016, when Studio turned that opportunity down, and gave the chance to the runner-up, Francesca Michielin.

In 2019, the announcement of Mahmood as the winner of Sanremo turned into a big political scandal in Italy, since he wasn’t the favorite of the televote and even described as a scandal to be represented by a “non-Italian” singer. Mahmood even claimed that he wanted to participate for Italy in Tel-Aviv, but became uncertain not long after his Sanremo victory. In the end, he accepted and rest of that is history now as we say.

Many of this years performers actually do have some experience from taking part in Sanremo, but 2 of them even has some recent Eurovision experience as well. As mentioned before Raphael Gualazzi represented Italy in 2011 with his song “Madness of Love“, where he gave Italy an amazing return to the contest by finishing 2nd, only behind eventual winners Azerbaijan. Then there is also Francesco Gabbani, who represented Italy in 2017, with his song “Occidentali’s Karma“, despite being the big favorite to win the competition, the singing ape could only make Europe dance them up to a 6th place.

Two additional names have been revealed to take part in the competition, Rita Pavone and Tosca have been added to the line-up and all the song titles have been released as well, songs will start being released when the national contest starts taking place.

This year’s edition of Sanremo will take place starting on the night of the 4th of February and will last every night until the 8th of February, which is when the final night takes place.

Despite the chaos that took part after Mahmood‘s victory at Sanremo last year, he proudly represented Italy in Tel-Aviv last year, finishing 2nd on the night of the final, with only 28 points behind The Netherlands, scoring a total of 472 points with his song “Soldi“.

Are #YOU going to watch Sanremo 2020 and which of the 22 acts do #YOU look forward to the most? Visit our forum HERE or our social media pages and share your thoughts with us.