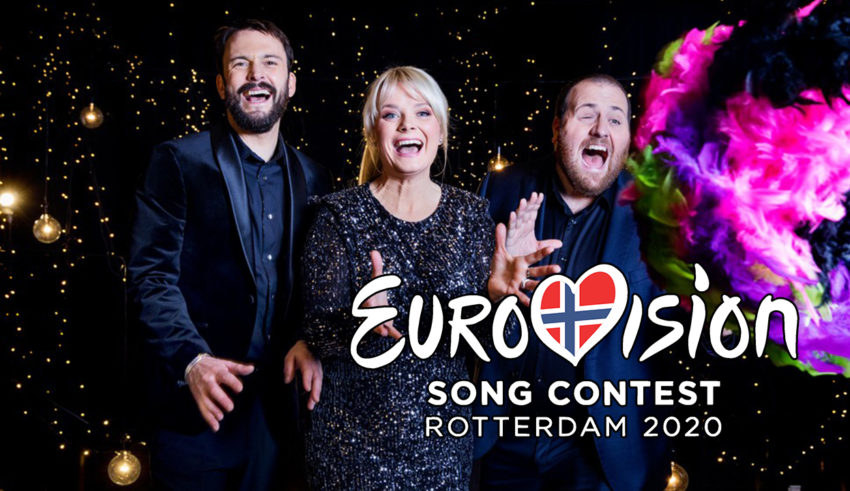 2020 will mark the 60th anniversary for Melodi Grand Prix, how do you celebrate that? Well, according to NRK (National broadcaster of Norway), you expand the show to include the entire country, and today we finally got to know the first few songs.

In 2020, Norway will expand their national final and this years national final has been expanded to include 5 semi-finals, as well as the grand final which will be hosted in Trondheim, the first final to be hosted outside of Oslo in more than 30 years.

25 acts will take part in this year’s anniversary edition, but participants will be separated into their respective region.

The 5 semi-finals will consist of participants from following regions:

The final will take place on the 15th of February, and the songs and acts will be slowly released within the coming weeks. More details about how the national final will be like, can be found here.

Today, NRK decided to reveal the first nine artists, this means that we got to know the 5 pre-qualified finalists, as well as the first 4 participants for the first semi-final.

These are the acts that will take part in the final on the 15th February:

Among the finalists, we already find one former winner, that is Didrik Solli-Tangen who represented Norway on home soil in 2010 with the song “My Heart Is Yours“. There is also a former MGP winner among the songwriters, Kjetil Mørland is behind the entry to be performed by Ulrikke. Mørland represented Norway along with Debrah Scarlett in 2015 with the song “A Monster Like Me“.

The first semi-final is already set to take place now on Saturday, the 11th of January. Therefor, we were also presented with the first 4 participants for this upcoming Saturday.

The first semi-final will feature the following artists from South Norway:

Among the 4 songs in this semi-final, 2 of them are co-written by Laurell Barker who lately have made her own name within the Eurovision community. Some of her song that have made it to Eurovision include songs such as “Sister” & “Stones“. She is behind the songs to be performed by Raylee and Lisa Børud.

Sondrey is set to perform in this semi-final.

So far, the 4 songs from South Norway can be heard here and much more details about the so far released artists. (In Norwegian)

KEiiNO represented Norway last year in Tel-Aviv with “Spirit In The Sky“. They qualified to the final, where they finished overall on a 6th place after being crowed the televote winners.

What do #YOU think about the first 4 songs from Norway and do #YOU believe Norway can win in 2020? Visit our forum HERE or our social media sites and share your thoughts