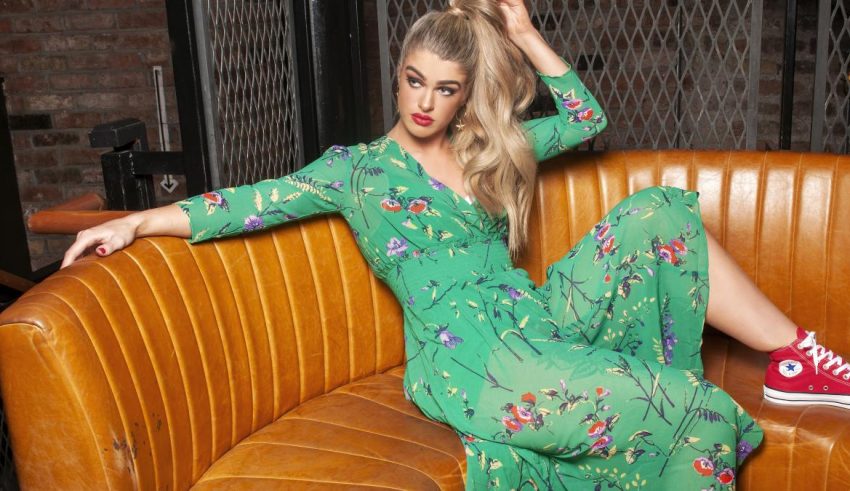 Irish broadcaster RTÉ announced this morning that The Voice of Ireland 2015 contestant Sarah McTernan has been selected to perform “22” at Eurovision 2019 in Israel.

“22” was one of 430 submitted to RTÉ when its second annual Eurovision Song Contest Forum was convened in August 2018. Several panels of Irish musicians, music experts, journalists, and Eurovision fans consulted with RTÉ for its internal selection.

McTernan, 24, a single mother who has worked as a make-up artist and studied nursing, came in third in Series 4 of The Voice of Ireland. “22” is written by Janieck, Marcia Sondeijker, and Roulsen. “22” refers to the particular number of the house where McTernan and the object of her affection had their first kiss.

“22” was directed by Christian Tierney, who also directed Ryan O’Shaughnessy’s Eurovision 2018 critically acclaimed and groundbreaking entry “Together,” which despite its 16th place finish was well-received for its depiction of two young men in love that caused issues with censors in China.

Ireland holds the record for most Eurovision victories with seven winning entries, though has been on a lean streak in the past two decades with many non-qualifiers and outright duds (Dustin the Turkey). McTernan will be hoping to better recent middling results, though given low expectations in the media, she will not have too much pressure to perform.

McTernan will perform in the first half of the second Semi-Final on Thursday, May 16, 2019.

Additionally, Ireland faces additional internal pressure this year with Ireland’s Sinn Fein political party placing a lot of pressure on RTÉ to boycott Eurovision 2019 due to Sinn Fein’s solidarity with Palestine’s position with regards to the State of Israel’s settlement activity in the Palestinian West Bank and Gaza. Demonstrations have been planned throughout the day at RTÉ headquarters in the Ballsbridge neighborhood of Dublin.

What do #YOU think of Ireland’s decision to select Sarah McTernan? Let us know in the comments below, our forum, or on social media.