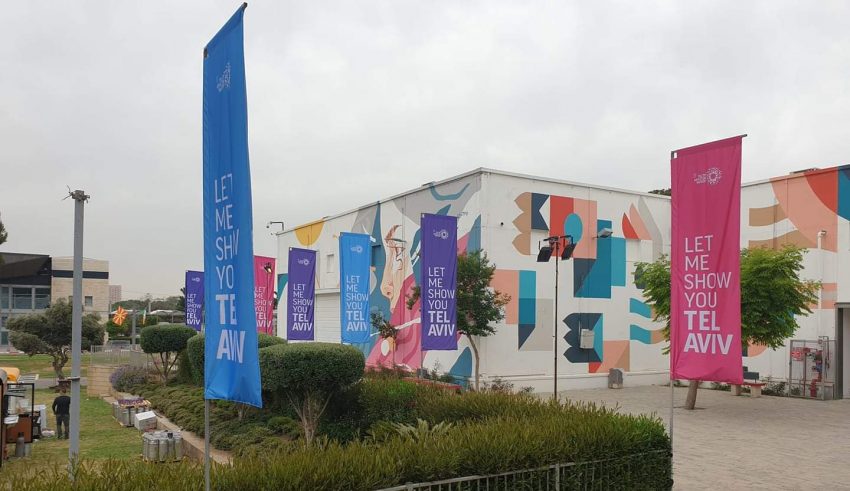 The day started with many press reports about potential rocket attacks and terrorism at Eurovision due to the past weekend’s barrage of rocket attacks from Gaza and Israel’s retaliatory airstrikes. A ceasefire was agreed this morning, and a sense of normalcy has returned.

And none other than ESC United’s founder and editor-in-chief Matt Friedrichs was asked by The Jerusalem Post to comment on this past weekend’s violence.

“Here you don’t even know,” said Friedrichs about the violence. “You live in a bubble.”

Jerusalem Post reporter Amy Spiro asked if the topic comes up in conversation at the Eurovision press center. To which Friedrichs replied, “Occasionally it comes up, sometimes in the press conferences, but just briefly.”

Most news about the violence came to Friedrichs from friends and family, to whom he assures his time in Tel Aviv has been “really good so far… It’s been fairly smooth for the most part.”

Check out ESC United’s YouTube channel to see Matt and Company discuss the rehearsals as they happen.

But it is clear that one star is dominating conversation on Day 3: Billy, ESC United’s fire extinguisher fuego loving mascot from 2018 who is being warmly welcomed back.

And #YOU have not been shy in expressing your love for Billy, particularly on Instagram.

And @wonder_weather brought Billy into human form. Fairly accurate, from what we know of Billy.

Thanks for the Billy Fanart! ||@wonder_weather & @uwu.vision Living his best life, travelling with @escunited, watching all the rehearsals and keeping the press centre safe: It's Billy the fire extinguisher! #illustration #drawing #escunited

Check out ESC United’s Instagram for exclusive content as rehearsals continue and we ramp up to the main event.

Day Three’s rehearsals are for the performers in the first half of Semi-Final 2.

🇨🇭 Switzerland: Luca Hanni – “She Got Me”

After the nine rehearsals, ESCXTRA’s press poll of 35 reporters put Switzerland’s Luca Hanni and Sweden’s John Lundvik in 1st and 2nd, respectively. Both are expected to do well, and the margin between them is wafer thin.

The big surprises are numbers 3, 4 and 5, three entries that had little fanfare or expectation coming into the contest, especially within the ESC press and blogger bubble. Armenia’s Srbuk and Romania’s Ester Peony will have homework to do.

And be sure to check out Matt and Sean’s recap and verdict of Day 3 rehearsals.