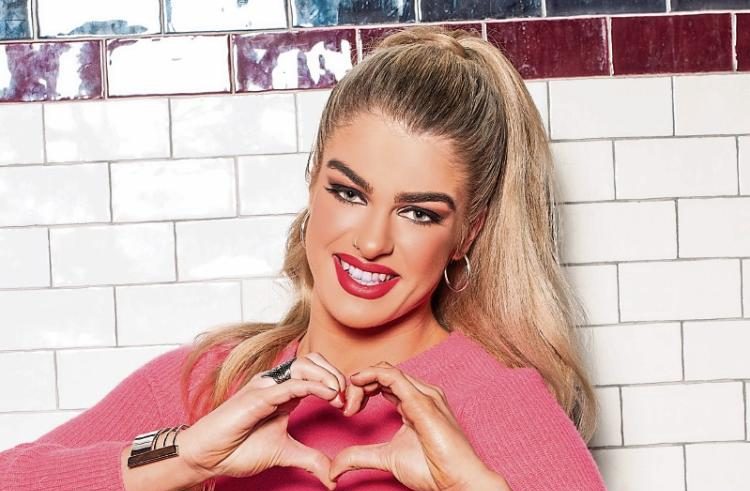 If you follow any of this year’s entrants for Eurovision 2019 in Tel Aviv, Israel, you are no doubt aware that the “postcard” shoots began last week and entrants have been dropping subtle hints as to what may or may not feature in the short vignettes introducing each artist before their performances at the semi-finals and final.

Sarah McTernan, who is representing Ireland with “22,” is currently filming at Kibbutz Eilot Eilat in the Arava Desert, just two miles from the Red Sea coast and by Israel’s eastern border with Jordan. The kibbutz, which attracts tourists and is known for its innovative desert farming techniques, presented McTernan with a birthday cake celebrating her 25th birthday.

“Children from the kibbutz presented me with a fantastic Eurovision-themed cake earlier and sang Happy Birthday to me,” McTernan told Raidió Teilifís Éireann (RTE). “I was touched – it was really sweet and thoughtful of them.”

Even though her bday was two days ago, @Sarah_McTernan was surprised today on the set of her postcard shooting with a huge #Eurovision-themed birthday cake! 🎂🍰

For those wondering, the title of her entry “22” is not a reference to age, but rather to the number of the house where the protagonist of her song shared a first kiss with a fondly remembered partner who is no longer around.

She told RTE that she could not divulge too much information about the specifics of the postcard, though those familiar with the area will know that the look and feel of her postcard will be radically different than those, such as Serhat and Miki, who shot their postcards in Tel Aviv for San Marino and Spain, respectively.

“It’s been amazing being here in Israel the last few days,” she told RTE. “People have been so welcoming. I’m out in the desert today filming my Eurovision postcard – I can’t reveal too much but the team I’m working with are super talented and putting me through my paces.”

After her entry “22” was revealed on Friday, March 8, 2019, a lot of details have come out in Irish publications about the Scariff, County Clare born McTernan regarding her background and her intense work ethic. Now that the rush of the entrant announcements is over, we have the luxury of being able to profile and appreciate our artists in more detail.

The Limerick Reader revealed today that she studied music technology and production at the Limerick Institute of Technology in 2012. McTernan is known to be able to play the piano, the guitar, and the tin whistle.

Other jobs include stints as a nurse’s assistant after studying pre-nursing (again at the Limerick Institute of Technology), work as a retail assistant at Penneys, and also worked as a make-up artist at Brown Thomas on O’Connell Street in Limerick. Should McTernan not win Eurovision, she should at least be up for the Real Housewives of Atlanta’s Phaedra Parks 2019 Work Ethic Award!

The Limerick Reader also reminded us that “22” is not even McTernan’s first attempt at Eurovision. She tried out for San Marino’s fiasco national selection 1in360 in 2018 with “Eye of the Storm,” written by Swedish song writers and identical twin sisters Ylva and Linda Perssons.

As with many at Eurovision 2019, McTernan also took a stab at one of the many franchised singing contests, being third place in The Voice of Ireland 2015 behind winner Patrick James and 2nd place Emma Humber. McTernan is a mother to two-and-a-half old Mia, and told RTE at her song reveal she hopes to teach Mia the lyrics to “22.”

The theme of this year’s postcard selection is “Dancing Israel,” where contestants, backed by Israeli dancers, connect various points of interest in Israel.

Though Ireland have won Eurovision a record seven times, McTernan will be hoping to improve upon Ireland’s middling form of the past two decades with “22.”

What do #YOU think of McTernan’s “22”? Comment below, in our forum, or on social media.