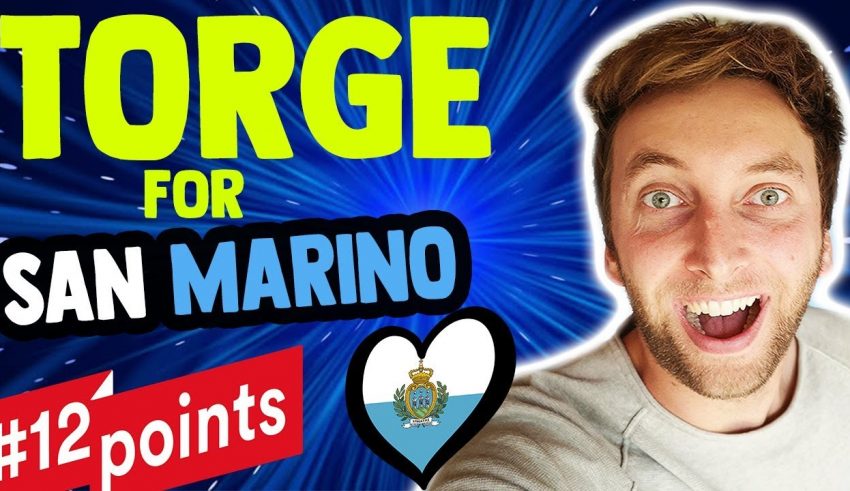 It’s been two weeks since Duncan Laurence was declared the winner of the 2019 Eurovision Song Contest and the conversation about 2020 are already underway. The German comedian Freshtorge has posted a video on Youtube declaring his genuine interest in representing San Marino (NOT Germany) at the Eurovision Song Contest 2020 in the Netherlands.

Freshtorge is a 30-year old  Germany Comedian, actor and online video producer who became known in his home country through his YouTube channel Freshtorge. In his videos, he plays different characters to his viewership’s amusement.

Freshtorge’s real name is Torge Oelrich and certainly knows how to draw attention to his cause. He has a huge following on YouTube with more than 3 Million Subscribers. So to the delight of his fans, Oelrich posted a video today, declaring his interest in representing the small country San Marino at Eurovision next year. The video received over 100,000 views in less than 12 hours and is expected to go up significantly over the next few days. You can watch the video below

Torge Oelrich is considered one of the first big YouTubers in Germany, with his career starting in 2006.

Since September 2009, Torge started shooting Comedy videos and uploading them to the online platform, along with his friend Matze. Starting in 2012, he became one of Germany’s Top 10 YouTube channels. The following year, Oelrich was nominated for Videodays award in the Comedy category. With over 3 Million subscribers and 1 Billion views, we can expect his announcement to go big. His first short film “Süßes oder Sandra” was released in October 2012 and has was viewed more than seven Million times.

While his singing career has been less successful, his song Superstar charted Germany, Austria, and Switzerland in 2013.

In his “audition” video that was posted today, Oelrich gives the Sammarinese broadcaster RTV several reasons why they should choose him, breaks down his career and says that they don’t have to pay him, he even would drive his own car “down there”.

Time will tell if this tape was a successful strategy for the comedian, it certainly will create some great publicity for the broadcaster and the country.

San Marino has brought home their best result to date at Eurovision this year, when Serhat qualified from the Semis, finishing in 19th place in the Grand Final with his song Say Na Na Na.

What do #YOU think, would this be an interesting choice for San Marino or should they take a hard pass? You can join the conversation on our Forum HERE and chat with thousands of Eurovision fans.